Unpause – For Gamers By Gamers 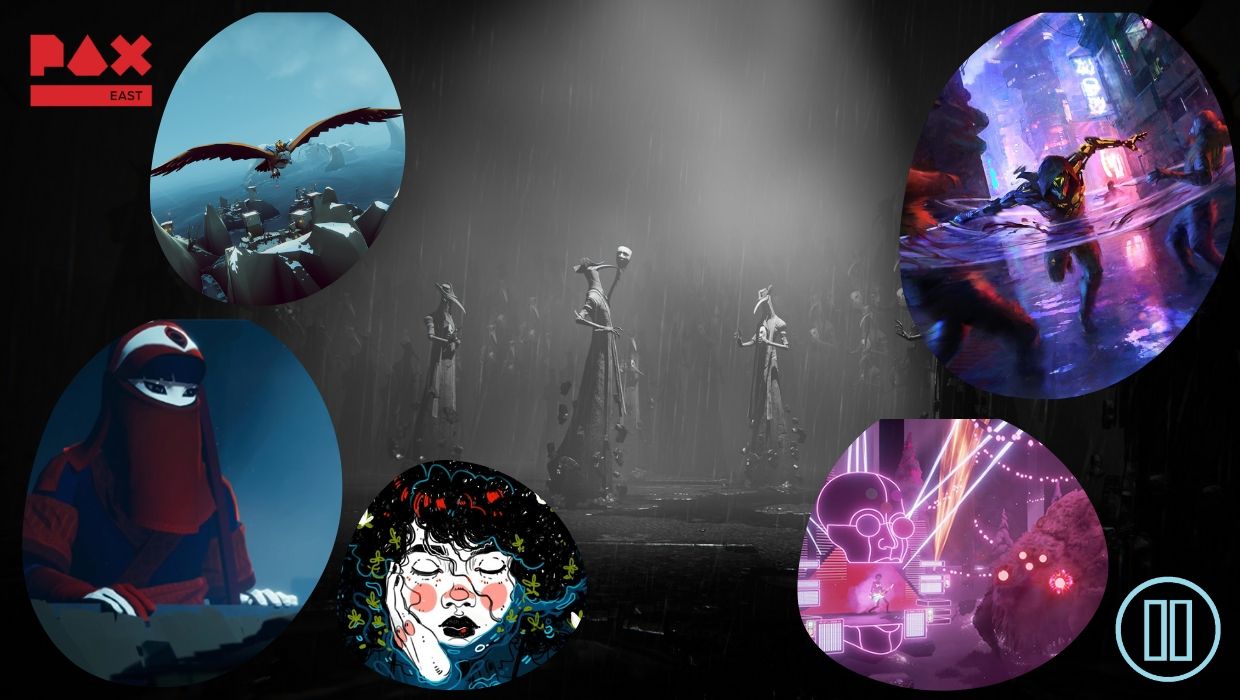 Ghostrunner by One More Level

Definitely one of the most hyped new games at PAX East 2020, Ghostrunner is a first-person action game with some fancy footwork and intense cyberpunk action. Akin to the wall-running parkour action in Mirror’s Edge and Dying Light, Ghostrunner is all about sliding, wall-running, dashing and dodging combat. After a global cataclysm, the remains of humanity have been forced to live in a single tower built by The Architect. The structure is ruled by the Keymaster and your worth is determined early on by the category of implants that you have. Torn by violence, poverty and chaos, you need to either kill or be killed as you make your way up the Tower to solve its mysteries.

Ghostrunner will be releasing sometime in 2020 on the PlayStation 4, Xbox One, Nintendo Switch and PC. Wishlist it on Steam here.

Just when you think the horror genre might be getting a bit stale they add in turn-based strategy. Commanding a squad of fighters known as the Daughters, you’ll make your way through a desolate world full of demons. Combat is an intricate dance of spectacular actions and counters: plan ahead of time and set up impressive chains of abilities to outsmart the enemy. Fight in epic boss battles against the sources of Suffering – dread creatures pulled from the worst of Humanity’s crimes against itself. As you defeat enemies, you’ll be able to level up and collect the memories of fallen foes allowing you to get a glimpse of the larger story. Think XCOM meets Silent Hill.

Othercide will be releasing sometime in 2020 on PC, wishlist it on Steam here.

The Pathless by Giant Squid

Giant Squid knows how to make worlds that suck you in. From the creators of ABZÛ, The Pathless is a mythic adventure game about a hunter with his eagle trying to save the world. Explore misty forests full of secrets, solve puzzles in ancient ruins, and test your skill in epic battles with your eagle companion. Hunt the corrupted spirits but be careful not to become the hunted yourself. Unlike the developer’s previous meditative journey this game is more action-focused, where you’ll be using your bow and arrow to take out targets. We first saw The Pathless at The Game Awards 2018 and it was due out last year but now seems to be coming out this year.

The Pathless will be releasing sometime in 2020 on the PlayStation 4, PC – Epic Games and iOS.

She Dreams Elsewhere by Studio Zevere

One of the games showcasing at this year’s LudoNarraCon, I was happy to see it here at PAX East 2020. Made by a solo indie developer, She Dreams Elsewhere is a surreal adventure RPG about dreams and the extent to which they mirror reality. Playing in the mind of Thalia Sullivan, a high strung anxious woman in a coma. You need to defeat the nightmares that prevent her from waking. The actual turn-based combat pulls from Persona, not just through the mechanics of exploiting enemies’ elemental weaknesses, but in its stylings. Expect a heavy narrative that follows the theme of mental illness and self-identity.

She Dreams Elsewhere will be releasing sometime in 2020 on the Xbox One, and PC. Wishlist it on Steam here.

Spiritfarer is a cosy management sim about dying. First unveiled at the during E3 2019, Spiritfarer takes you on a spiritual adventure on death and the afterlife. Taking inspiration from the Greek myth of Charon, you’ll play as Stella, “ferrymaster to the deceased.” Stella is tasked with building a giant ship, befriending animal spirits of the deceased, and navigating across the seas to guide them to the afterlife. As dreadful as the premise may sound, the game is actually overflowing with charm and serenity. The actual mechanics of the game revolves around the management of your ferryboat, gathering resources and completing the last request of the departed animal spirits. Spiritfarer is a co-op game, with player two taking on the role of Stella’s cat Daffodil.

Spiritfarer will be releasing sometime in 2020 on the PlayStation 4, Xbox One, Nintendo Switch and PC. Wishlist it on Steam here.

The PC Gaming Show 2020 – Best Games Out This Year

All The Best Games Announced For The PS5