What Would Kingdom Hearts 4 Be About?

Kingdom Hearts 3 has been out for a few months and if you’ve made it to the end keep reading. If you don’t want any spoilers tally ho and stop. So I think we can all agree that in traditional Kingdom Hearts fashion, 3 had a dizzying number of characters and complicated awkward storytelling. By the end of it, Nomura did seem to want to wrap up the saga but did leave the door open, so to speak for Kingdom Hearts 4. There’s a couple of clues with the game’s ending that gives us a hint of what’s coming up next. Here’s what they are.

What’s in the Black Box?

Kingdom Hearts 3 has a lot of unanswered questions, and one of the most frustrating for fans is undoubtedly the question of what is in the black box. Throughout Kingdom Hearts 3, Maleficent and Pete follow Sora and the gang from one Disney world to the next in search of the black box but can never find the right one. Then at the very end of the game, Xigbar (also known as Luxu) is seen with the black box, though we never get to see what’s inside.

Xigbar and the Lost Masters 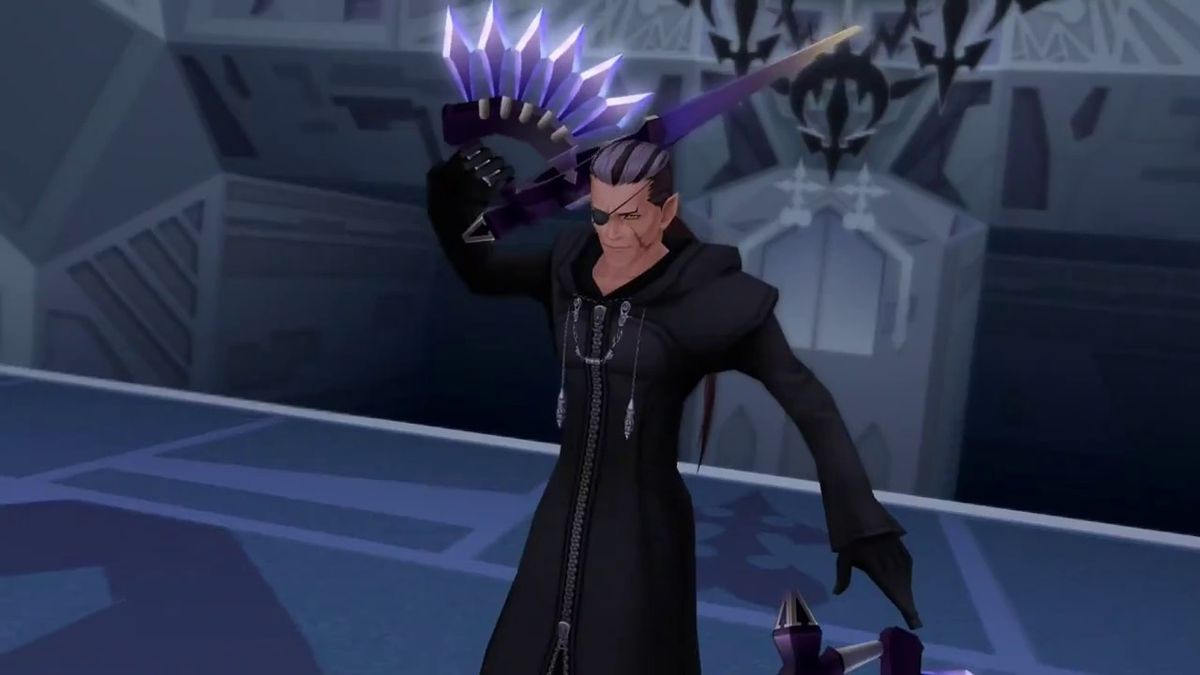 The epilogue of Kingdom Hearts III had a major bombshell. Xigbar, one of the members of Xehanort’s Organization XIII and a recurring antagonist, is revealed to be Luxu. In the ancient lore of Kingdom Hearts, five Keyblade masters were in charge of the five Keyblade Unions during the age of fairytales. They were called the Foretellers. The foretellers and Luxu were all apprentices for a mysterious man called the Master of Masters.

The foretellers disappeared during the ancient Keyblade War, presumably perishing in the war. Luxu lived on, eventually becoming Xigbar. After Xehanort’s defeat, he summons four of the Foretellers back, with the intentions of possibly bring back their master.

In Kingdom Hearts III, it was revealed there was an amnesiac girl that Xehanort experimented on during his time possessing Terra. The girl was kept in the basement of the castle in Radient Garden and was eventually let go by Ansem the Wise. Lea and Isa, the somebodies of Axel and Saix, befriended the girl during their many break-ins of the castle.

Her identity is never revealed, and we never found out what happened to her after being freed. Xehanort possessed Terra, who was also suffering from amnesia, decided to continue his experiments on himself, which is what ultimately leads to the events of the Kingdom Hearts series.

Many fans assume the girl originates from the Kingdom Hearts Union mobile game. The mobile game takes place during and after the events of the first Keyblade war. Some fans believe the girl is Ava, a foreteller and one of the leaders of the five unions. She founded the Dandelions, a group of Keyblade users whose goal is to escape to another world line, a parallel world, to avoid the Keyblade war. When the other four foretellers gathered again in the Kingdom Hearts III epilogue, Ava was oddly missing. The mysterious girl’s four friends could be the other foretellers.

Another popular theory among fans is that the mysterious girl is Skuld, another character from the Union. Skuld is part of the Dandelions and became one of the new union leaders in the new world line. Fans believe it is Skuld over Ava since the secret reports mention the mysterious girl looks to be fifteen years old. Fans think Skuld is more close to that age than Ava, though I would argue that we don’t know Ava’s age either and she also looked very young.

The World Ends With You

If players manage to find all of the Lucky Emblems in Kingdom Hearts 3, they will be treated to a secret ending. This ending perhaps offers the biggest clues as to what the future of the series has in store. One theory is that Sora died at the end of Kingdom Hearts 3 to bring Kairi back. However, in the secret ending, Sora is seen in Shibuya, Tokyo.

This Shibuya bears a striking resemblance to the Tokyo world of another Square Enix game – The World Ends With You. The premise of TWEWY is about teens that are stuck in some sort of purgatory that looks like Shibuya. Seemingly perishing in their previous life, the teens have the option to return to the world of the living if they play the Reapers’ Game. To enter the Reapers’ Game, the player needs to offer their most prized possession.

Kingdom Hearts and TWEWY have already had a crossover in Dream Drop Distance, where Sora and Riku met up with the cast of TWEWY. One of the characters even suggested to Sora they would like to meet in Shibuya. The prevailing fan theory is that Sora died at the end of Kingdom Hearts III, and is in the same kind of purgatory as seen in TWEWY. He would need to play the Reapers’ Game to return to life.

In Kingdom Hearts 3 – Toy Box, players encounter a game-within-a-game called Verum Rex. This stars a stereotypical spiky-haired Square Enix protagonist named Yozora. Verum Rex appears to be a nod to Kingdom Hearts 3 game director Tetsuya Nomura’s Final Fantasy Versus 13 project. Which never really materialized and ended up becoming Final Fantasy 15. So some thought the Verum Rex segment was just a clever meta reference to some of Nomura’s past work.

However, in the Kingdom Hearts 3 secret ending, Riku appears in what appears to be the world of Verum Rex, as he is being observed by Yozora. This indicates that Yozora isn’t just a fictional video game character but actually exists in the world of Kingdom Hearts. It could also be an indication that Kingdom Hearts 4 may very well explore some more original Square Enix worlds.

If Kingdom Hearts 3’s narrative showed us anything it’s that the story of the mobile game Union X is incredibly important to the overall series. One of the big revelations that Union X brought was the character links to Marluxia and Larxene, who are Lauriam and Elrena in the events of the mobile game.

After the Keyblade War and the end of the Foretellers, Lauriam becomes one of the five Union Leaders. Meanwhile, Elrena is the younger sibling of Strelitzia, who was supposed to be a Union Leader until she was murdered by an imposter, which we still don’t know the identity of.

After you defeat Marluxia in Kingdom Hearts 3, his death scene has him remembering who he really is, and “his purpose for existing.” Then after beating Larxene, she says she was simply along for the ride, suggesting she was simply there supporting Marluxia/Lauriam all along. Marluxia and Larxene, at the moment, are the best links between the events of the past and present in Kingdom Hearts. Considering Marluxia constantly has his own plans and disregards the goal of the Organization, it’s safe to say that Lauriam has his own machinations as well. Considering the cryptic final lines of both characters in Kingdom Hearts 3, it just feels like we haven’t’ seen the last of them.

We still don’t know how they went from the past to being members of Organization XIII, but that revelation will surely come at some point. If not in Kingdom Hearts 4 then in some other odd-numbered Kingdom Hearts 3.2.