Most of the games out there are a chaotic, competitive mess of shooting monsters and blowing stuff up. Sometimes that’s exactly what I need, but some days a round of Apex Legends causes more stress than anticipated. That’s when I turn to my non-combat games – Stardew Valley, Yonder: The Cloud Catcher Chronicles and most recently Eastshade.

Eastshade Studios are the developers of 2017’s Leaving Lyndow, a sort of prequel to Eastshade.  Leaving Lyndow is a relaxing ‘walking simulator’ which saw you exploring a small, fantasy town. While Eastshade is much more than that.

Eastshade you play as a travelling artist. In tribute to your late mother’s dying wish, you’ve taken a trip to Eastshade to paint the sights. It’s probably worth noting that the residents of Eastshade are anthropomorphised animals – bears, owls, monkeys and deer in the main. No one seems to mention it, and I didn’t want to be rude. Most people have something to say to you, many will happily chat about the location, others’ situations, and the nearby towns. And lots of them will ask you to get involved in their business. But none of it, at any point, will involve violence. 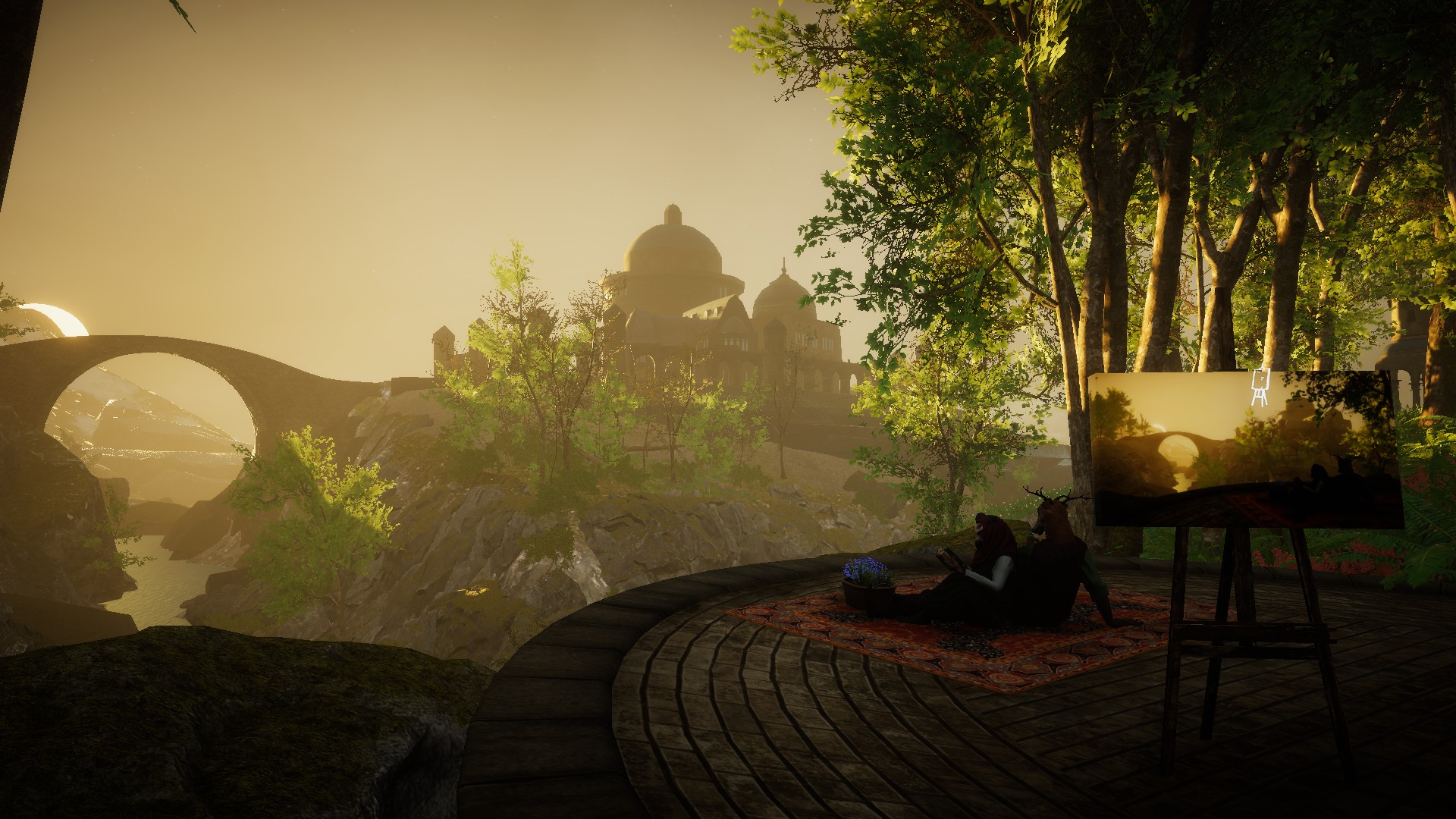 The main purpose of the game is to collect four paintings which correspond to your mother’s memories of the place, but in trying to reach those locations you end up following little side stories—a religious conflict involving hallucinogenic tea, a neighbourly dispute over whether a guy who keeps getting jars stuck on his head is a good parent, a tiny detective quest involving a stolen book.

There are characters you can delight or absolutely screw over. Help two bears find love or deliberately driven them apart. Purposefully enrage characters into never speaking to you again. Or befriend those that will offer up a useful snippet of information. There are even secret animal races whose story is so tiny in this game, yet your involvement with them feels so significant. 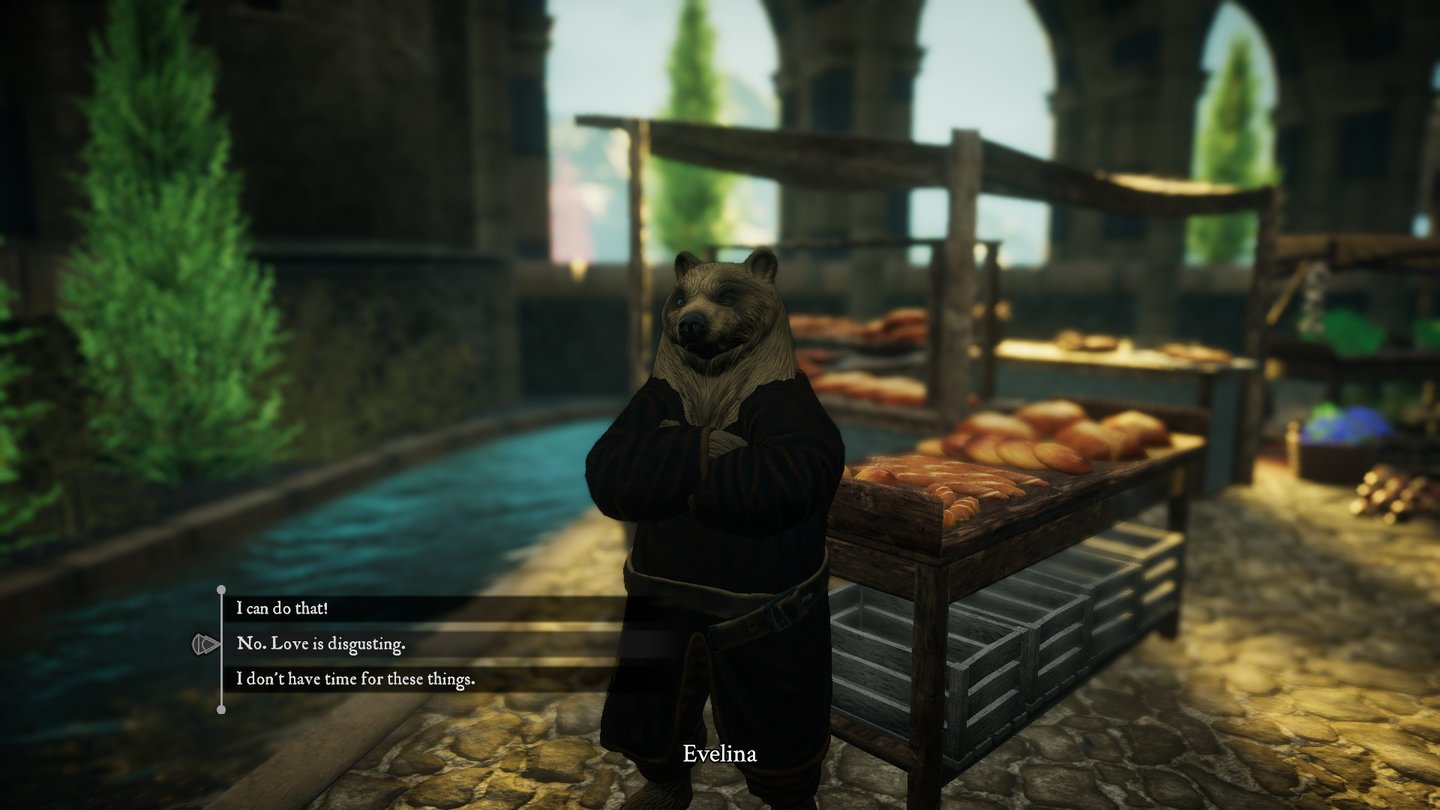 There’s an element of crafting in Eastshade, although it’s not particularly complex. You can use what you gather to brew teas which offer different effects, trade feathers for cash, or build a raft or a reed boat to cross the water. I found that as long as I remembered to pack my boat up when I’d finished using it, I only needed to craft one. But most of all, you’re going to want old bits of wood and material to make new canvases.

After you’ve explored Lyndow, and indeed the spooky remains of Old Lyndow, you can make your way to the capital, Nava. The journey there is dotted with characters, sights, things to paint. All in all, you’ll spend about 15 glorious hours in this beautiful place and I have to say I miss it already. 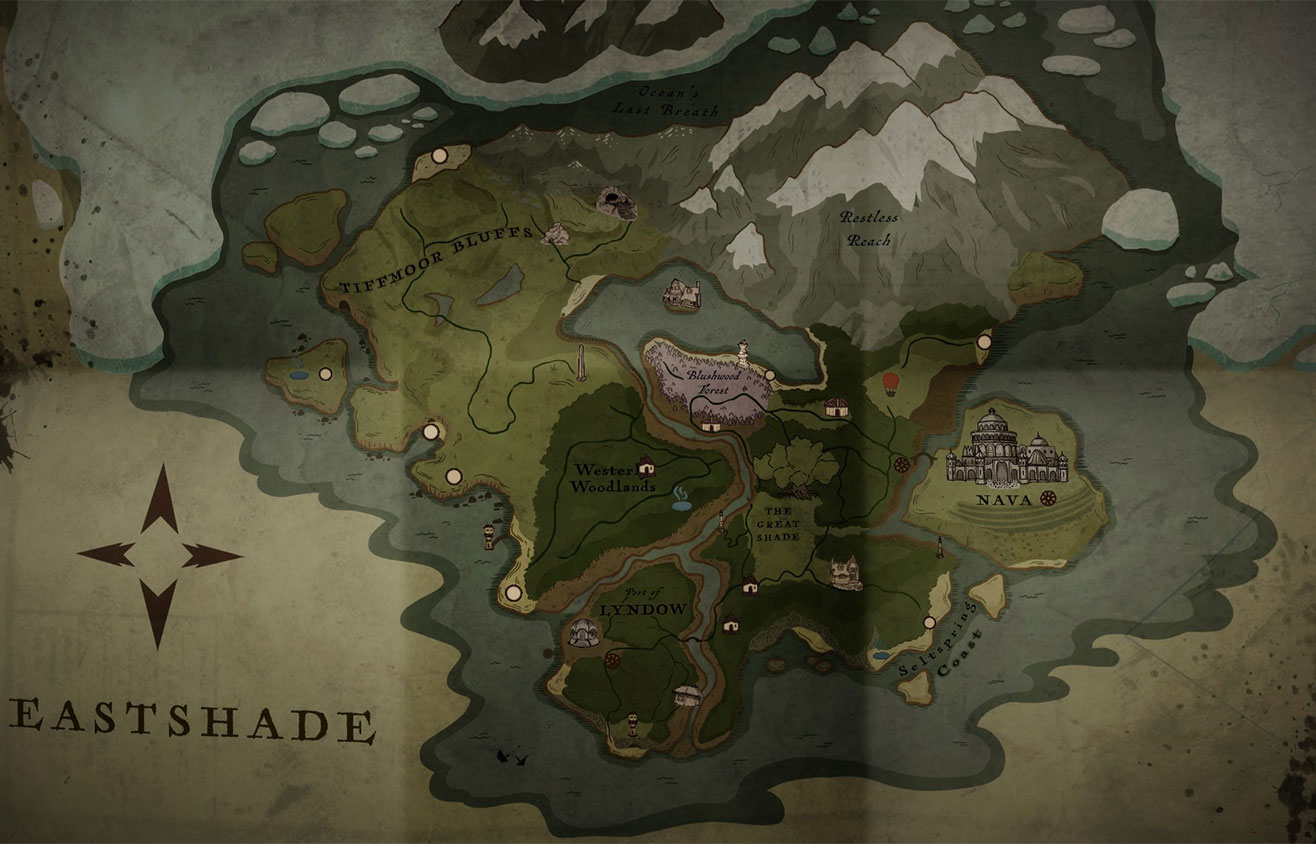 The only issue with Eastshade is that it’s a little clunky. There are some considerably noticeable framerate issues and getting stuck behind the odd rock. But it’s worth it. It’s worth it for this beautiful indie summer sky game. Eastshade manages to balance relaxing exploration with actual gameplay. The game may not appeal to everyone, but those looking for a gentle, magical exploration game may have found it here.

Eastshade is available on the Steam Store for PC.