What To Know Before Playing Apex Legends

Respawn Entertainment developer of Titanfall has sneakily developed and released a new battle royale game, Apex Legends. The game features a variety of different character classes, called Legends, that each have their own unique abilities. It also features a respawn system to revive your entire squad even after they’ve been eliminated from the game.

So before you dive in and get slaughtered, check out our guide to everything you’ll need to know to get started in Apex Legends.

You’ll always have to be careful about where you are on the map in relation to the ever-shrinking ring. If you have to come into a circle late, make sure you come in from an angle that is less likely to have players.

The best way to do this is to remember which way the dropship flew in to start the game. If one side of the circle was right underneath the ship’s path, there’s a pretty good chance a team could be around there. The same goes for large cities, which are always likely to have action in them, especially if they are at the edge of a zone. 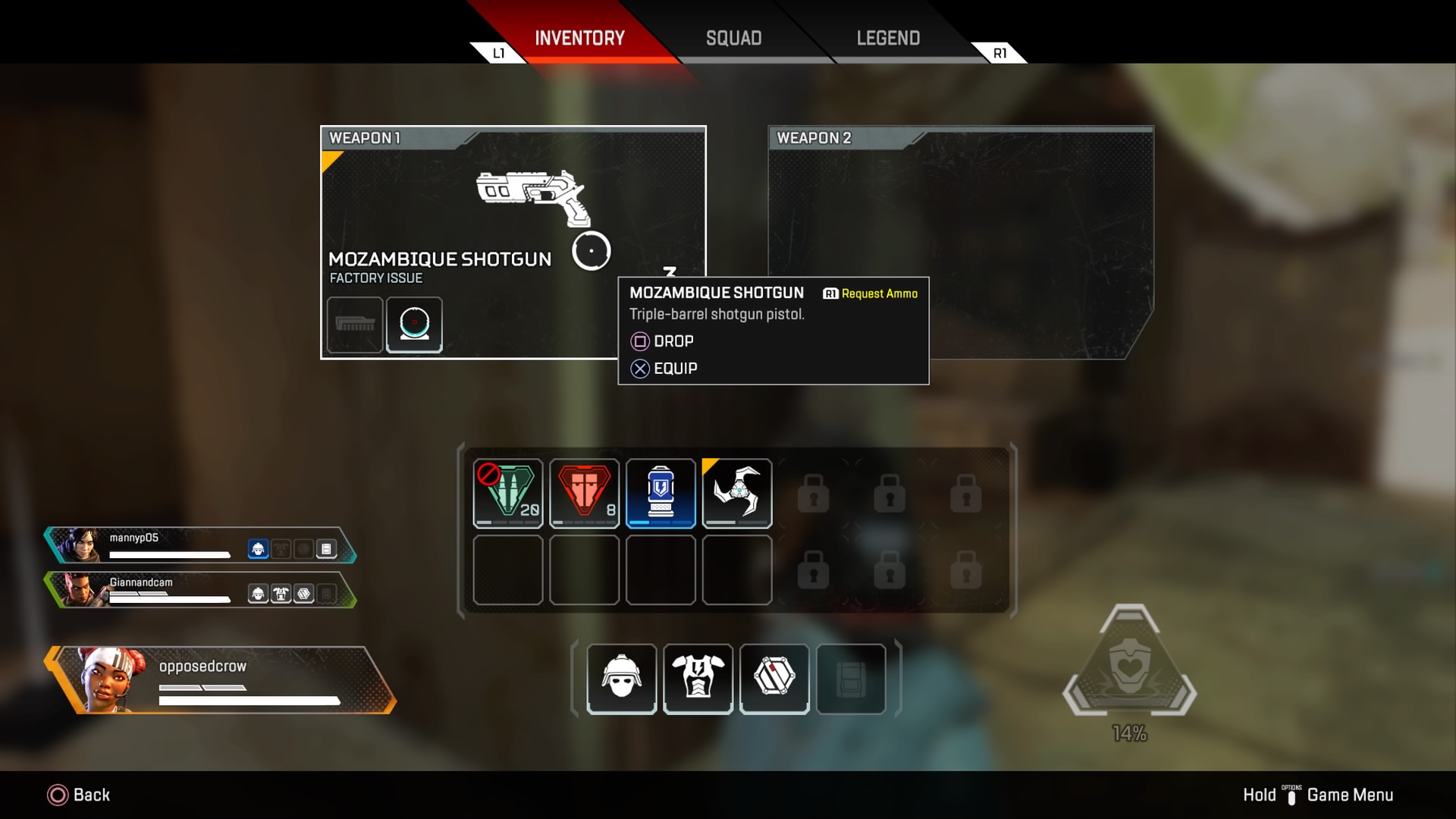 Looting is another central battle royale feature that’s important in Apex Legends. Always be on the lookout for vests and helmets which count as this world’s defensive gear. The gear can vary in quality from common (which takes the least damage) to uncommon, rare, and legendary.

Unlike other games however, in Apex Legends you can refill the quality of your armor so it’s ready to take more damage. So in this way, you kind of have two healing items. One for your actual health bar and another for your armour.

Those Robotic Spider Creatures Have Loot

Yeah, we don’t know their official title, so we’ll go with robotic spider-like creatures. Anyway, occasionally when you come across supply crates, there will be sometimes be these creatures hanging around on the walls and ceilings of the environment. Did you know that you can shoot them and their corpses will product loot? They’re even colour coded with the rarity drops to make them easier to notice.

A Shit Ton Of Ammo Is Key

Apex Legends has a lot of different guns, and most are pretty decent (save for a couple of puny pistols and SMGs). So, you should spend your first several games trying out as many different weapons as you can to get a better feel for what you do and don’t like. The game’s training simulator will give you a chance to try out each gun, but it’s good to try them during a match too, since the training simulator doesn’t shoot back.

The one constant around the game’s weapons is that it takes a lot of bullets to kill other players. No matter where you hit them or how well you shoot, your opponents are tough. That means you’ll probably use a lot of bullets in any fight. Ammo in Apex Legends isn’t exactly plentiful either, so as soon as you know which guns you’ll be using, be sure to stack up on the relevant ammo types. If you’re going to last into the late game, you’re going to need plenty of bullets.

Always Have A Knockdown Shield Handy

What’s this Knockdown Shield you speak of? Well, when one of your teammates is downed by an opponent, a Knockdown Shield can be used to save their life. Used by holding R2 when downed, a shield will form in front of them that will soak up a certain number of bullets, meaning you have a much greater chance of getting over to your friend in order to revive them. The better the rarity of the shield, the more damage it can take.

Learn The Role Of Each Legend

What really distinguishes Apex Legends from other battle royale game is the game’s Legends, the various characters you can pick at the start of each round. Each has abilities that can fill specific roles in a team, so it’s important to familiarize yourself with each one and figure out what they do best. Every character has unique ways that they can be used in a fight to swing things in your teams advantage.

If you’re playing as Gibraltar, you should be up close and personal with the enemy teams using your shield to block damage. If you’re Pathfinder, use your grappling hook to reach areas that other players might not think of or find surprise angles to start shooting from.

Use Your Abilities Often

Once you know what each Legend can do, it’s time to use those skills to your advantage — and that means using your abilities.

While you might feel tempted to save your special skills or ultimates until the perfect moment presents itself, that’s really just a waste of the ability. Instead, find ways to capitalize on your Legend’s abilities in each fight. Don’t wait for the perfect time to use an ultimate. Instead, figure out how to use the ultimate to best survive the fight you’re in. By the time you get to another fight, your abilities are likely to be off-cooldown anyway. And if you die without using an ability, you may as well not have had them in the first place.

Keeping these tips in mind should help you survive a little longer in the first few matches of Apex Legends. And if they don’t, you may want to look inward.

Those who have experience in the Battle Royale genre have most likely tuned themselves to tackling terrain very carefully. In the majority of other games in the genre, fall damage is suffered when dropping from a great height, but that’s not the case in Apex Legends. You can jump off a sheer cliff and land on the ground below without even a scratch. A handy tactical advantage if your opponents are positioned below you.

Attachments Transfer Over When Picking Up A New Weapon 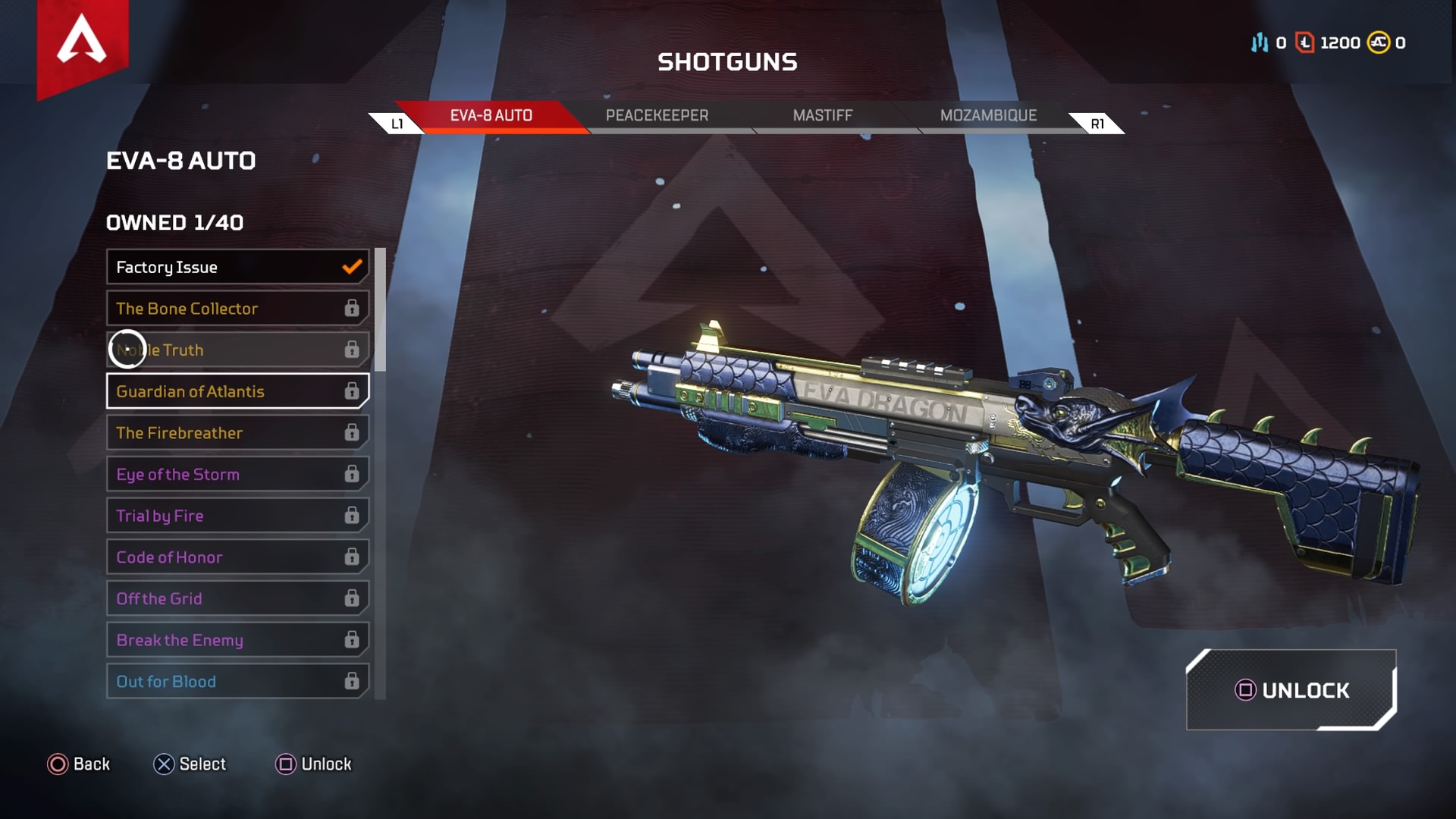 One quality of life update in Apex Legends can be found in attachment management. When you find a new weapon on the ground that you’d like to replace one you already have, the UI will show you which attachments can transfer over to that new gun from the one you’re currently holding. This completely eliminates the menu management seen in other Battle Royale titles whereby you would have to remove the attachments from the original weapon and convert them over to the new one all within the confines of a menu. It’s neat stuff that streamlines the experience.

Set Up Shop Near A Revive Machine 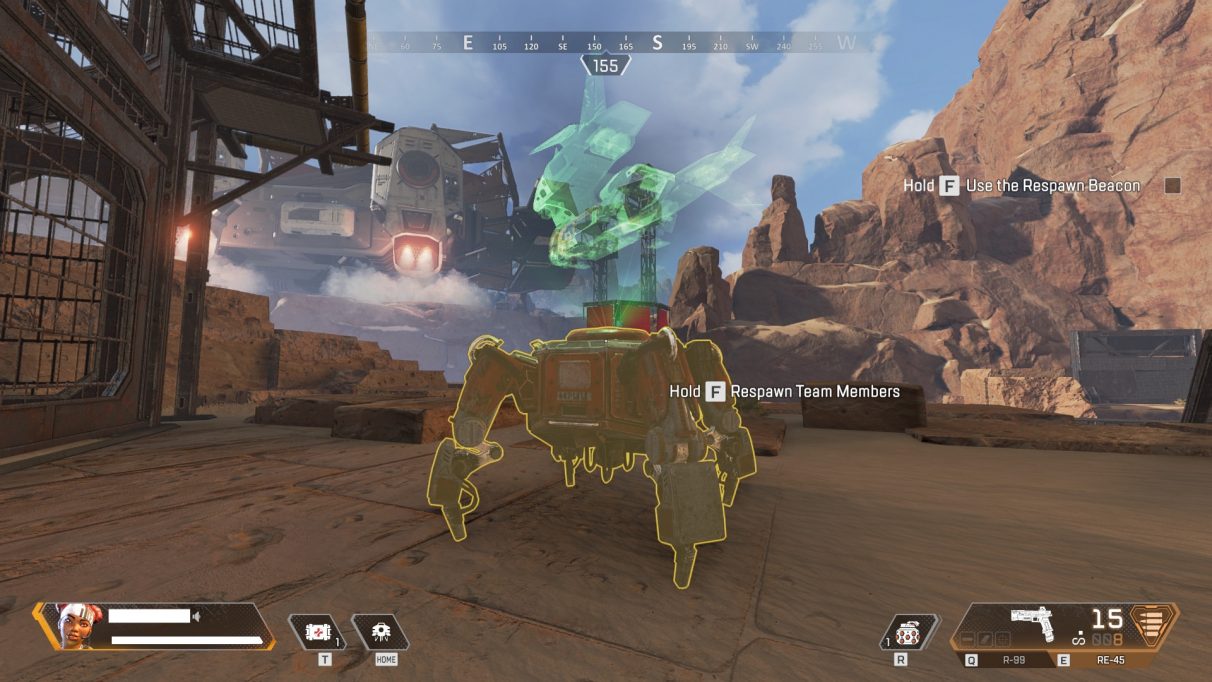 One of Apex Legends‘ most unique mechanics is the ability to revive your teammates, both when they’re downed and out of the match completely. If they’re downed, you can simply head over and revive them via a hold of the square button, but if they’ve been eliminated completely, there’s a bit more work to do. Dotted throughout the map are machines that allow you to revive your teammates, if you’ve picked up the banner on their corpse.

Grab them, take them over to a revive machine, and after a number of seconds, they’ll respawn from the sky. If you want to stay in the game for a long time, you’re going to want to be near one of these at all times. Be warned though, once a particular machine has been used, you can’t use that same one again for another set of respawns. As such, you need to be moving to the next one once your squad is back on its feet.

It goes without saying that the higher tier of rarity a weapon or item is, the better it will be on the battlefield. The coloured rarity tiers start at white for common, then progress through blue, purple, and finally orange for legendary. Always be on the lookout for higher tiers of gear so that you can swap out and improve your build as the match progresses. You’ll be harder to kill and deal far more damage as a result.

Apex Legends is free to play now on Playstation 4, Xbox One and Windows PC.