The Stillness Of The Wind Is A Depression-Farming Simulator

With Kingdom Hearts and Apex Legends releasing in the same month it’s easy to get sucked into the adrenaline high of fast-paced action games. But if you’re ready to take a step back into a quieter world, you should check out The Stillness of the Wind by Lambic Studios.

The game puts you into the dusty shoes of Talma, a little old lady living out in the middle of nowhere, tending to her small herd of goats and living out her twilight days in near-solitude. From the game’s curt description ‘a quiet game of life and loss’ expect tragedy to occur.

To play the game is simple you just have to live your life. Tend to the crops, milk the goats, make cheese and scare off the birds if they’re getting too troublesome. You’re definitely not some energetic young farmer in this game, you’re little old Talma so each task is going to be slow and heavy. Just remember to feed the goats. You strangely don’t need to feed the chickens.

The most memorable aspect of this game is the creeping sense of unease that comes from that life of quiet isolation. I can’t describe to you how uneasy I felt. Kudos to the music and sound that really set the mood. Your break from loneliness haggling with passers-by for resources, trading delicious goat cheese for day to day essentials. As well as from the postman who brings you letters from your distant family, as they try to find their footing in the big city.

The letters are from relatives who’ve left the farm and moved to a nearby city. It’s in them that the narrative of the game is found – a story about the end of the world written by friends and loved ones who you haven’t seen for the longest time. When you do read the letters, they’re beautifully written – poetic, even, in places – but hard to piece together. Missing the odd letter, of course, only adds to the confusion. 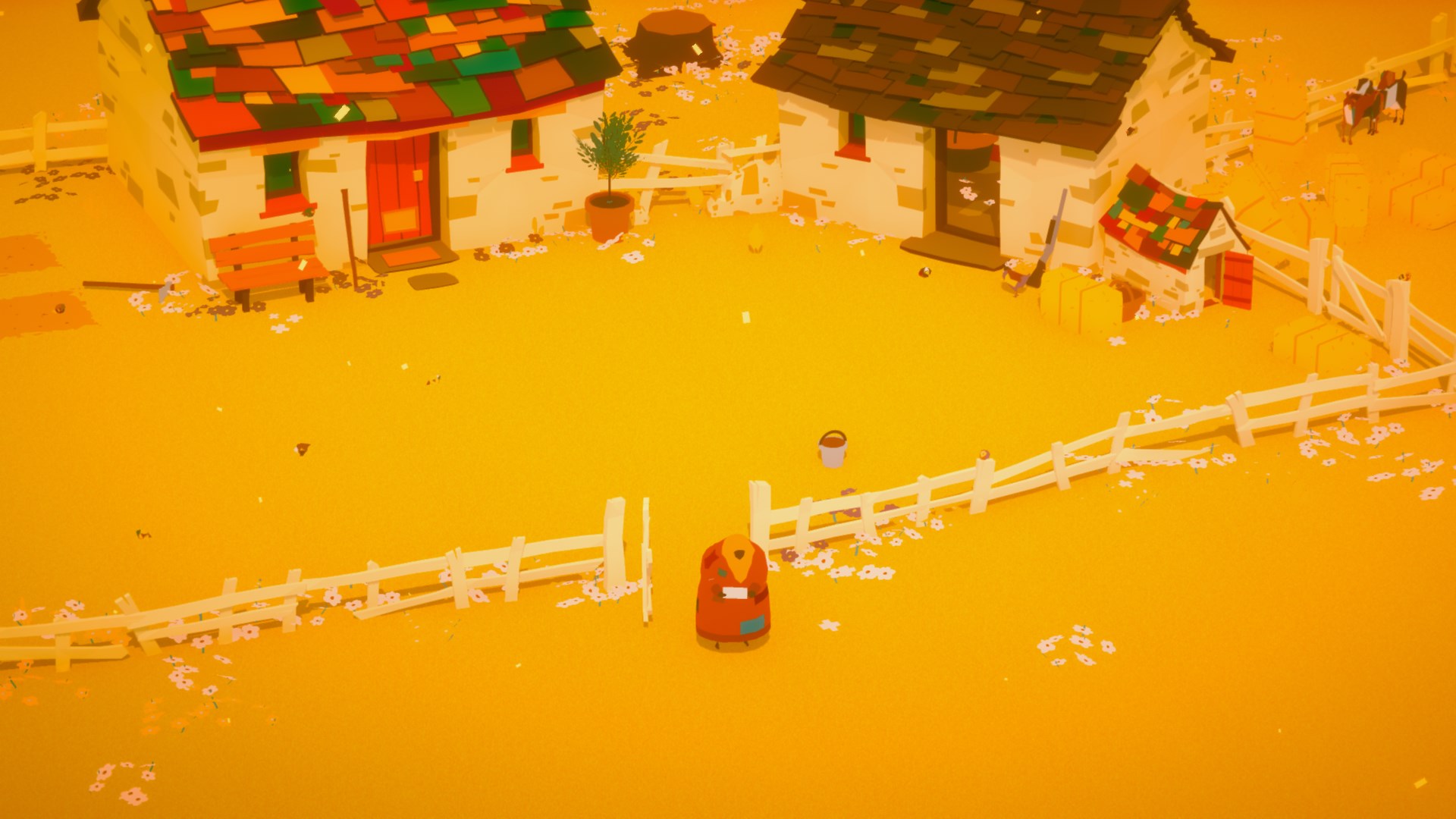 Whilst not making things any clearer, abstract dreams and nightmares also materialise from time to time, creating an unsettling vibe which hints towards the alarming events happening miles away from the farm.

That loneliness seeps through in every part of the game. Your actions, though monotonous, start to take on more and more significant. Here is a bulwark against the crawl, a life lived the same way it always has been in the face of an almost incomprehensible ending. It’s almost like there are two streams of time in the game – the real world and the farm. And that makes the game really about understanding how we can be better parts of the world, how we can find time even when there isn’t any.

It’s a melancholic, slow game that mimics the passage of time. There are brief connections, moments of revelation, but for the most part, you’re following a time-old routine, doing your best to exist on the fringes of growth and collapse. There’s no action, just the soundtrack and a simple control scheme of taps. 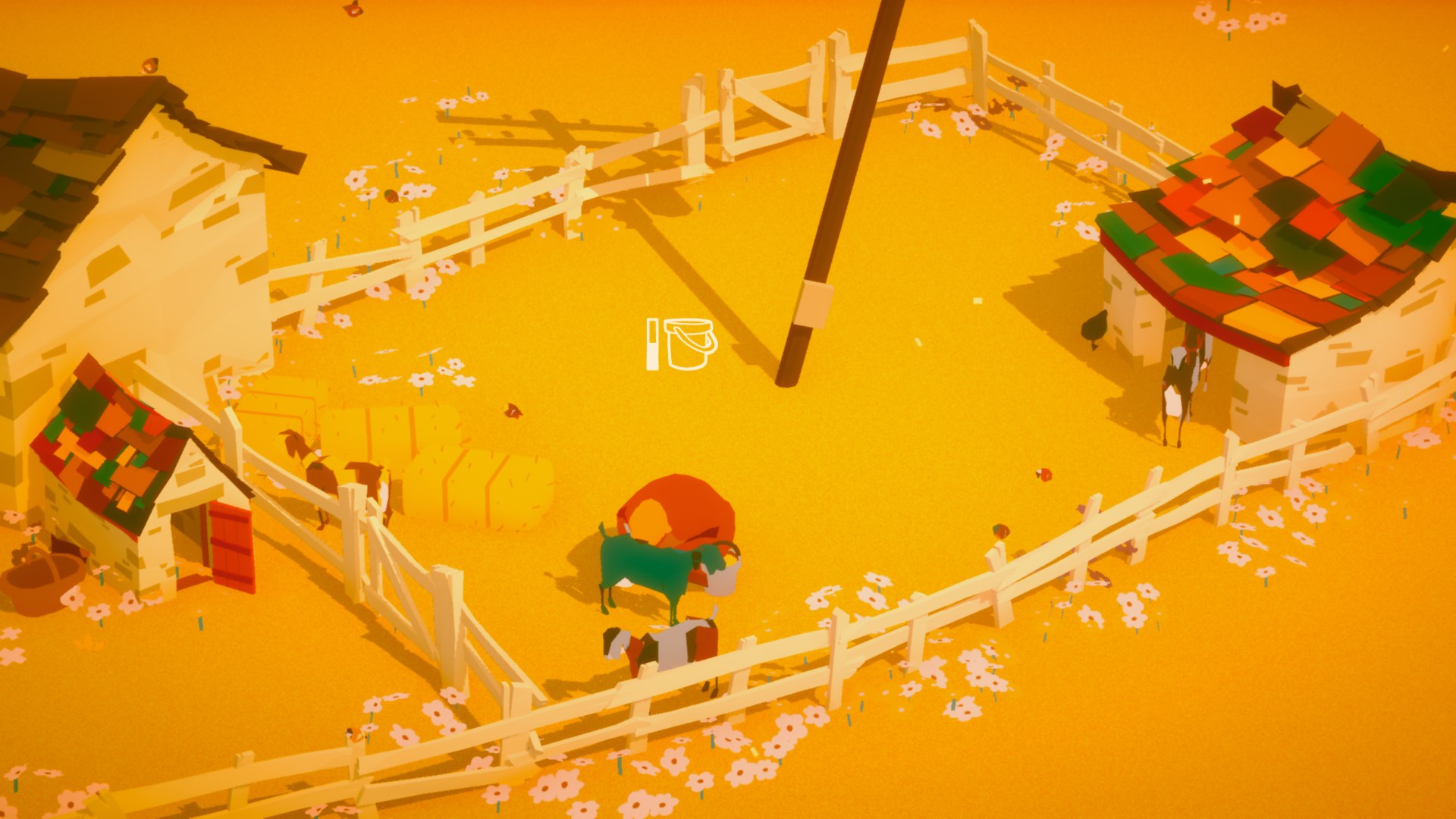 Created by Coyan Cardenas or better known as Memory of God he’s a solo developer that also created the free game Where The Goats Are. Memory of God lists Gabriel Garcia Marquez’s book 100 Years of Solitude, the film work of Bella Tar and Andrei Tarkovsky, and games such as Brothers: A Tale of Two Sons, Kentucky Route Zero and Sword and Sworcery among his influences.

There are so many parts of The Stillness of the Wind that can’t be described here but are there to be experienced for yourself. It’s a special game but damn did it give me a whole The Bell Jar, Sylvia Plath kind of vibe.

The Stillness In The Wind is available on the Steam Store for RM30,  Nintendo Switch for USD$12.99 and iOS for USD$4.99.