Good news for all bug fans – Hollow Knight developers Team Cherry have announced a full-fledged sequel called Hollow Knight: Silksong. This time players will take on the role of Hornet, antagonist-turned-adventurer, and the trailer looks and sounds as good as ever.

Silksong stars Hornet, the princess protector of Hallownest from the previous game, who provides some challenging fights against the main protagonist, the Knight. Hornet was kidnapped and taken to a “whole new kingdom haunted by silk and song.” In opposition to Hollow Knight’s focus on descending further and further through Hallownest, Hornet will be climbing upwards to the holy citadel at the very top of this new world, which also includes “coral forests, mossy grottos, gilded cities and misted moors.”

On her way, she’ll “hunt down rare beasts, unearth ancient mysteries and search for lost treasures to fulfil the wishes of the downtrodden and restore the kingdom’s hope.” To do that, there’s new skills and tools to master, in order to battle through the “over 150” new enemies. That’s a whole lotta bugs. Luckily, the trailer also promises “new friends,” so Hornet won’t be totally alone in her quest.

The team also teased that Hornet will have different moves and abilities, likely earned over her adventures in the Metroidvania style, as well as the ability to craft traps and “mechanisms.” The game will feature the music of Hollow Knight composer Christopher Larkin, who crafted some haunting, memorable tunes for the first game, and a more challenging “Silk Soul Mode” after players have completed the game. 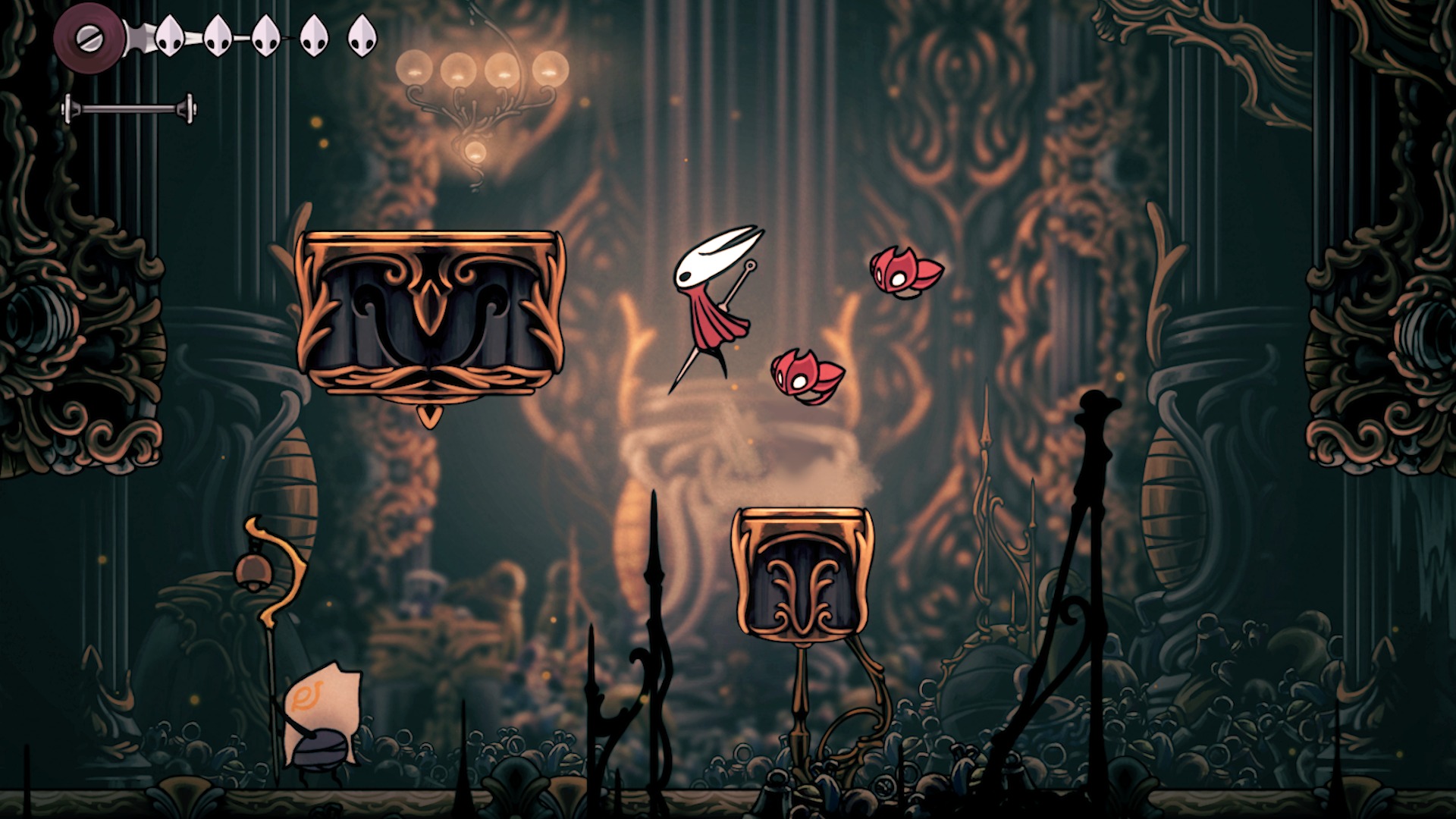 Silksong was originally conceived as just another piece of downloadable content for Hollow Knight, which already received several post-launch expansions. But the game quickly outgrew its original scope, the team wrote.

“Almost from the very start, Hornet’s adventure was intended to take place in a new land, but as we dove in, it quickly became too large and too unique to stay a DLC, as initially planned,” the developer said.

Team Cherry has no release date set for Hollow Knight: Silksong, which is coming to Windows PC, Mac, Linux, and Nintendo Switch. The team said everyone who backed the Kickstarter for the original game back in 2014 will receive the sequel for free, with the option to select Nintendo Switch as their platform of choice instead of PC if they backed for more than AU$10.