Who’s Involved In Telling Lies, The Spiritual Successor To Her Story

Netflix’s recent Black Mirror episode – Bandersnatch made headlines as a real-life choose your own adventure story. But in fact, video games have been making use of this genre for years now. In 2015 Sam Barlow released Her Story, a game of deduction controlled entirely though guessing the buried keyword tags of video files. We follow a set of interviews of a woman being interviewed about her missing husband.

Barlow is now developing Her Story’s spiritual successor Telling Lies which has described as a “political thriller with 3-4 key characters”. Like the previous game  Telling Lies will combine live-action video sequences with gameplay elements, requiring players to put the pieces together. It seems that the game will utilize a set-up similar to the one featured in Her Story. That is to say that it will require players to interpret the information given to them via live-action sequences in order to reach the end of a narrative (or at least draw conclusions regarding its meaning). Whereas Her Story forced you to make sense of various interviews with a murder suspect in order to determine what happened, though, it seems that Telling Lies will be a little grander in scope.

“Imagine Steve McQueen’s ‘Shame’ mashed up with ‘The Conversation,’” he said. “I’m viewing it in a sculptural way […] I’m looking at what happens when you throw a player at it, who can attack it from any number of angles.” 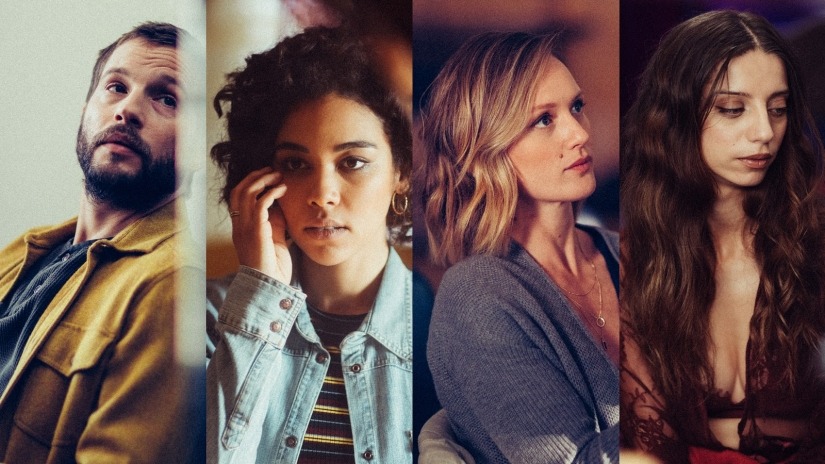 Selling the increased scope of the game is a rather impressive cast of recently revealed actors who will portray the game’s four main characters. Logan Marshall-Green, who starred in Upgrade and Prometheus as the role of David. X:Men: Apocalypse’s Alexandra Shipp as Ava, Kerry Bishé from Halt and Catch Fire playing Emma, and Angela Sarafyan, who Westworld fans will know as Clementine, in the role of Max.

For those who’ve seen Bird Box—and hopefully didn’t partake in any blindfold challenges—you might recognize Vivien Lyra Blair, who was ‘Girl’ in the Netflix original. As of now, she has an ‘unidentified’ speaking role in the game.

There’s no word yet regarding Telling Lies‘ release date, but the principal shooting of the live-action sequences is expected to wrap soon.