All those hours of playing PlayerUnknown Battlegrounds Mobile is finally going to pay off. Tencent Gaming will be hosting Malaysia’s first ever PUBG Mobile tournament this month – sponsored by Vivo and Yoodo. The killing may be fake but the prizes are most definitely real. Up for grabs is an RM60,000 prize pool, 16 units of the Vivo V11i smartphone with a year’s supply of Yoodo connectivity.

Qualifiers have already begun all across the country, starting last month from 22 December and ending next week on the 12 of January. The best four teams from each qualifying round in Johor, Sabah, Sarawak and Kuala Lumpur will get to battle it out in the Grand Finals on the 26 of January in KL. 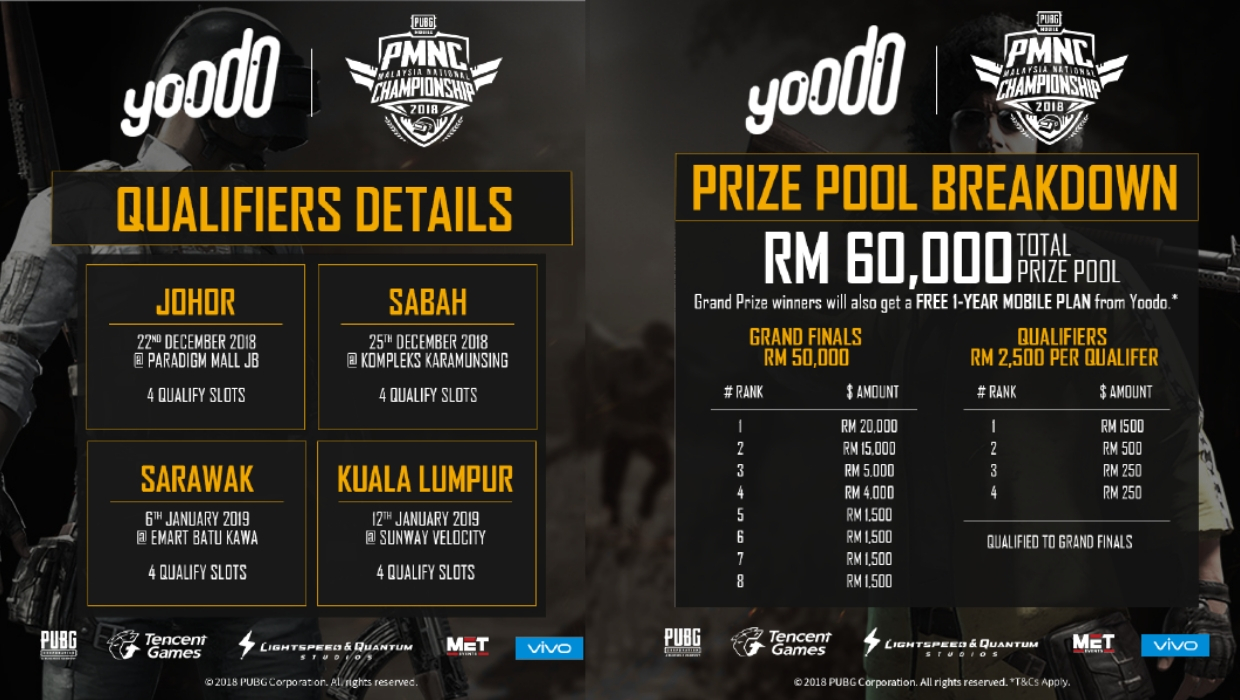 If you’re looking to catch the Finals it’ll be held on the 26 of January at the Vanity Atrium in Sunway Velocity Mall. The best 16 teams from all over Malaysia will duke it out and take home some IRL loot. “This competition is part of an effort to create a competitive community through PUBG Mobile by Tencent Games. We hope this act will get nationwide support so that new talents in e-sports will grow. Furthermore, with e-sports entering into the Asian Games 2019, we hope that this PUBG Mobile tournament will bring e-sports to a higher level, and raise Malaysia’s name to the level of Asia and the global e-sports scene,” said Tencent Games SEA director Oliver Ye.

For those of you that haven’t entered and are looking to git gud on your playing skills, Yoodo is offering a PUBG Mobile add-on to their customisable mobile plans. This means that this data quota will only be specifically used for PUBG. Freeing up the rest of your data to watch YouTube and message your peeps.

All Women Esports With The UniPin Ladies Series MYSG

Five Esport Events to Look Forward to in 2022

A Beginners Guide to Becoming a Pro Esport Gamer