Esports is now one of the 56 events included in the Southeast Asian Games, to be held next year in the Philippines. The announcement kicked off with the naming of Razer as an official partner in the biennial regional tournament.

The leading global lifestyle brand for gamers, Razer has been tasked to provide the infrastructure and logistical support as well as expertise and experience in organizing esports events to ensure that the eSports portion of the Games is successfully staged, from the qualifiers all the way to the tournament proper itself.

In the official announcement of the partnership on Wednesday at the Marriott Hotel, officials of Razer and the Philippine Southeast Asian Games Organizing Committee, led by Chairman Emeritus Alan Peter Cayetano, hailed the newly forged deal as a breakthrough for the SEA Games as well as in the continued growth of eSports.

“Esports is no longer a niche market. Many people are already picking it up both as gamers and audience and it is projected to be a billion-dollar industry by next year,” said Limeng Lee, Razer chief strategy officer, at yesterday’s announcement. “To have Southeast Asia be part in that movement is big,” he added. 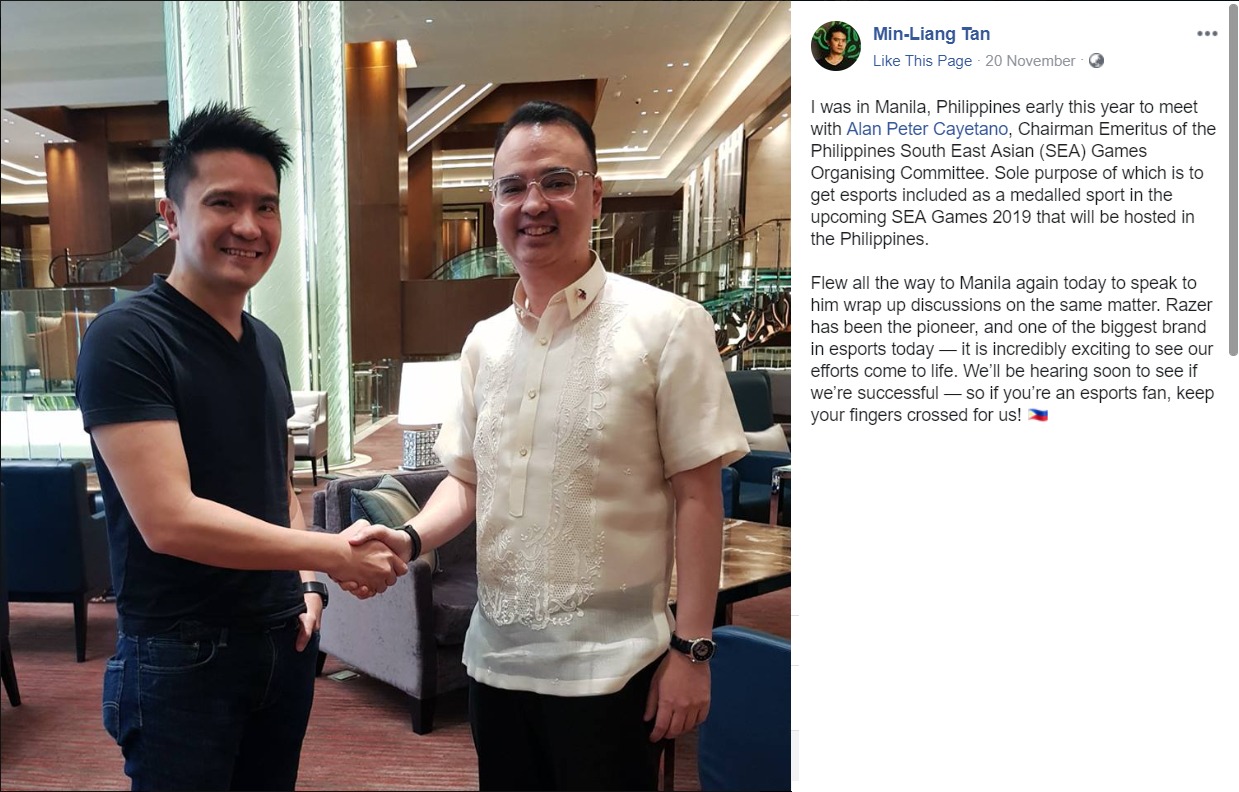 The teams for each participating country will be chosen through qualifying tournaments and there will be no direct invites for established eSports athletes. There will be three gaming platforms to be competed on but the games have yet to be confirmed — two for console, two for PC and two for mobile. We can expect that titles such as Dota 2 and League of Legends, which both have established and thriving competitive scenes in both the host country and SEA as a whole, to be among those announced later.

Esports was already included in the recently-concluded 2018 Asian Games, albeit as a demonstration sport and not as a medal event. Now, many anticipate that the SEA Games will be a trial run for a potential esports event in the 2024 Paris Olympics.

PlayStation Showcase 2021 – All The News And Trailers