Another year another Gamescom. What is considered to be the biggest gaming event in Europe has drawn to a close and if you weren’t able to head over there or missed most of the news this year, not to worry because we’ve got our Unpause roundup list coming up. Since Gamescom is so close to E3 we’re omitting any games that are featured in both conferences but don’t have much updated content. Cyberpunk 2077 I’m looking at you.

Ubisoft’s latest entry into the ‘toy-game’ hybrid genre, Starlink: Battle for Atlas is a billion dollar segment that combines the purchasing power of gamers with that of toys and action figures. Formidable numbers indeed. As shown by Activision’s $2 billion revenue generated from Skylanders: Spyro’s Adventure, now on hiatus. In Starlink, you’re in a sort of No Man’s Sky world that takes place in the Atlas system (good choice of names there Ubisoft). You’re tasked with exploring, battling some aliens known as the Forgotten Legion and getting into dogfights. All quite standard gaming stuff, the only difference is the customisation to your controller that will affect you in-game. All the pieces of the game are modular so by attaching a spaceship, pilot and some weapons it’ll instantly go live in the game. I can only guess how expensive these pieces are going to be.

FromSoftware takes a step away from its iconic Dark Souls and Bloodborne series with their brand new IP Sekiro: Shadows Die Twice. More action than RPG it still has undertones of its previous series and enemies require thought and a deft use of combos and attack methods to defeat. If there’s anything FromSoftware is famous for its combat and this ninja-themed release looks to be faster and perhaps more traditional when we think of an action game. Set in a heavily fictionalized take on Sengoku-era Japan in 1500, you play as a shinobi who faces a brutal defeat at the hands of a rival samurai, losing their left arm in the process. Defying death, the warrior is given a new arm by a mysterious monk who names him the “One-Armed Wolf”. From here, the main character begins his quest for revenge against the samurai and his clan that roam the lands. But during his adventure, he’ll encounter other dangerous beasts and larger than life monsters, slowly revealing a much greater threat that will push his shinobi training to its limits. I’d still expect to die a lot.

It took 17 years but Shenmue 3 finally has a release date. The sequel to the cult hit Shenmue 2 was announced by publisher Deep Silver at Gamescom this year. First announced in 2015 alongside a Kickstarter campaign to help fund the game, Shenmue III went on to rack up USD$6,333,295 from nearly 70,000 backers–a record for the most money raised for a video game on the crowd-funding platform. Ys Net was originally aiming to launch the game in December 2017 but wound up delaying it to the following year and now hopefully we’ll next year. For those of you that haven’t played any of the Shenmue series it follows the tale of Ryo Hazuki in a story of redemption as he seeks to avenge his father’s death. The title will be an open world action-adventure game and we hope it’ll match up to the charm and innovation of its previous titles. No pressure.

Battlefield V is going to be taking place in World War II and it looks like another hit of unending bullets, explosions and tanks. There’s a couple of locations teased in the trailer including the Battle of Rotterdam taking place May 1940 when Germany attempted to seize the Dutch city and ultimately won (spoilers). What’s exciting news is in the latter half of the trailer which looks like a new battle royale mode. Featuring that infamous “circle of death” that we know and hate from Fortnite and PUBG. EA has announced a battle royale mode for Battlefield V previously at E3 but there’s no news on it yet. If you’re eager to test out the game there’s an open beta scheduled on September 4th for those who’ve pre-ordered the game or are members of  Origin Access Premier, Origin Access Basic, or EA Access. For all us peasants we can hop in on September 6th.

Dontnod Entertainment released its first full trailer for Life is Strange 2 at Gamescom. The story focuses this time on two brothers Sean and Daniel Diaz who are forced to leave their home in Seattle after a “tragic event that changes their lives forever.” On the run from the police, Sean makes a difficult decision; to take his brother and go to Puerto Lobos, Mexico. Life on the road is dangerous and the brothers will be faced with tough decisions as they bravely undertake a journey that will test the bonds of brotherhood. The game features a “brand-new power,” which, along with its new characters and environments and we’re expecting other features unique to the sequel to be shown off in the weeks ahead. We also expect more story connections to
The Awesome Adventures of Captain Spirit (our review here) which was released in June as a free prelude to Life is Strange 2.

Hands up who’s old enough to have played The Settlers! It’s been seven years since the last instalment of Ubisoft’s 25-year-old RTS game, The Settlers. This eighth game in the instalment will follow the inhabitants of a small village forced to flee their homeland after a devastating earthquake. Not only will they face countless new challenges, they will also become part of an ancient mystery that will change their lives forever. For those who haven’t played before or for old fans of the series, Ubisoft will also be releasing a new anthology of every game in the series to celebrate their quarter-century anniversary. Out on November 15th 2018.

Listed as one of our most anticipated games of the year, unfortunately, Metro Exodus will only be out early next year. The game was officially announced at Microsoft’s E3 conference last year by 4A Games and is said to be one of their biggest games to date. Like the previous Metro games, survival is the key to success and part of that is surviving the world around you. For Gamescom this year, 4A Games brought by a lot more gameplay that focused a lot on stealth. It’s a kind of cat and mouse kind of playstyle, much like me in Horizon Zero Dawn where you inch your way, conserve your ammo and make small tactical attacks before retreating into the shadows. Oh, don’t forget to scavenge that’s pretty important. 4A have released about 17mins of gameplay for you to check out if you want to here.

Yes, Yes, Yes, Yes, Yessss! This one looks adorable, well to be fair most of the Lego releases are super cute. In Lego DC Super-Villains the roles have been switched and this time you’re playing your own created villain instead of a hero. Unfortunately, we won’t be facing off against our favourite Marvel villains such as Captain America, Spider-Man or Thor but instead, are fighting other villains in a bad-guy standoff. If you don’t recognise that blue dude at the beginning that’s Darkseid and with him are the Justice Syndicate that are most definitely not masquerading as the Crime Syndicate.

I know, I know the bigger news is definitely that Dying Light 2 is being released but as the demo at Gamescom was pretty much the same as the one shown at E3 we’re not going to be putting it in this list. Dying Light: Bad Blood, however, is something we can add. It seems like every major franchise is trying to add in a Battle Royale feature. The online multiplayer PvP game will be a standalone entity that will pit 12 players against each other, but instead of simply killing them you’ll also need to collect blood samples from Infected hives dotted around the map and when you have enough you can reserve yourself the only seat on a helicopter at an extraction point. Although if you ask me killing the rest of the players would make that easier too. 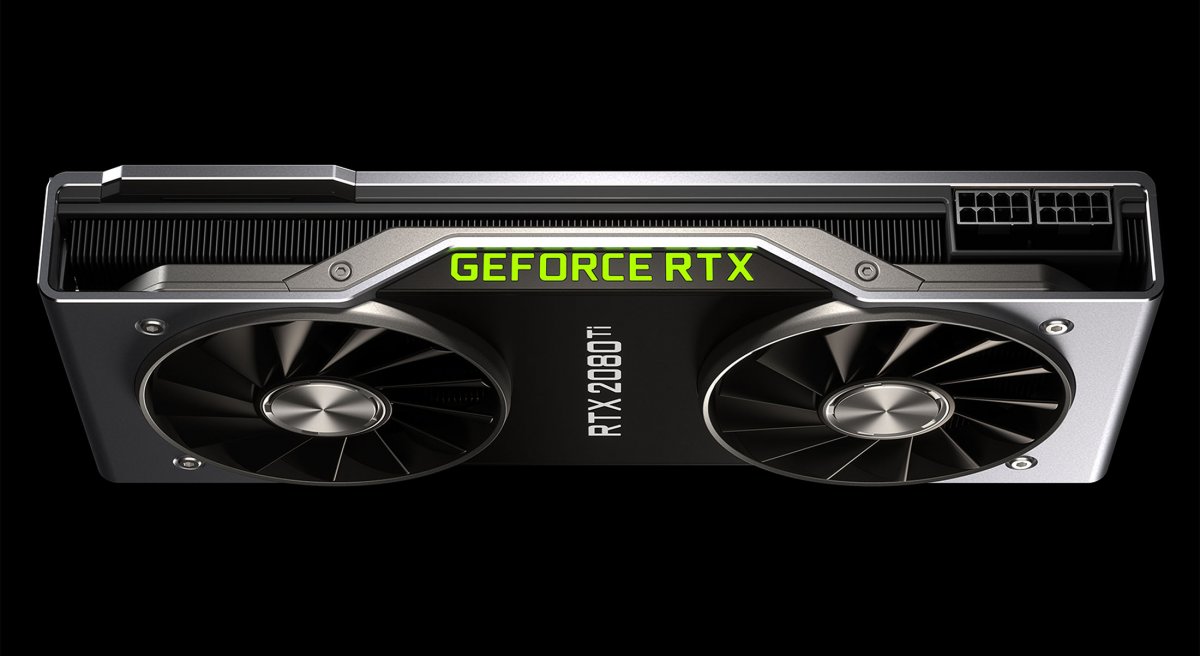 On the night before Gamescom, Nvidia held a launch event for its biggest PC graphics card range refresh in many a year. Using the all-new Turing architecture, the GeForce RTX 2070, RTX 2080 and RTX 2080 Ti cards will be coming out at the tail end of September and will offer graphics processing previously only available on supercomputers. And considering the 2070 starts at around USD$499, that’s quite incredible. We spotted it on Lazada from RM3,699 wut.