Matt Groening is back and his new Netflix TV series that Simpsonfies the fantasy genre.

For those who have yet to watch, Disenchantment follows a princess, an elf, and a demon; a ragtag trio trying to find their purpose amid the crumbling kingdom of Dreamland. The princess, nicknamed Bean, isn’t like your typical fare maiden from a fairy tale. She’s a rebellious teenager raised by a single parent whose favourite food is beer. That she’s King Zog’s oldest offspring only complicates the responsibility forced on a prototypical slacker, torn between a child’s life of leisure and accepting the responsibilities of being an adult. You know, a classic teen.

It’s a visually splendid show, and a clever one, too. Groening and his collaborators including former Simpsons showrunner Josh Weinstein, who helped develop the idea into a series have given a lot of thought to how their strange world reflects our own such as entering an enchanted forest, our heroes are greeted by a “Beware Racist Antelope” sign. And they’ve clearly sketched out how its many rules work — or don’t. With accompanying action scenes that are as well-choreographed as they are ridiculous.

In the first episode, she meets her formative friends, which despite their peculiar backgrounds fall into a pretty traditional dynamic. Bean is the conflicted protagonist, torn between two paths to adulthood; Elfo is an elf, but really he’s the angel on her shoulder encouraging her responsible decisions (while also doubling as her love interest, because there’s gotta be a love interest); and Luci is a demon, so he’s the devil on Bean’s other shoulder and still the literal spawn of Satan when she’s not around. 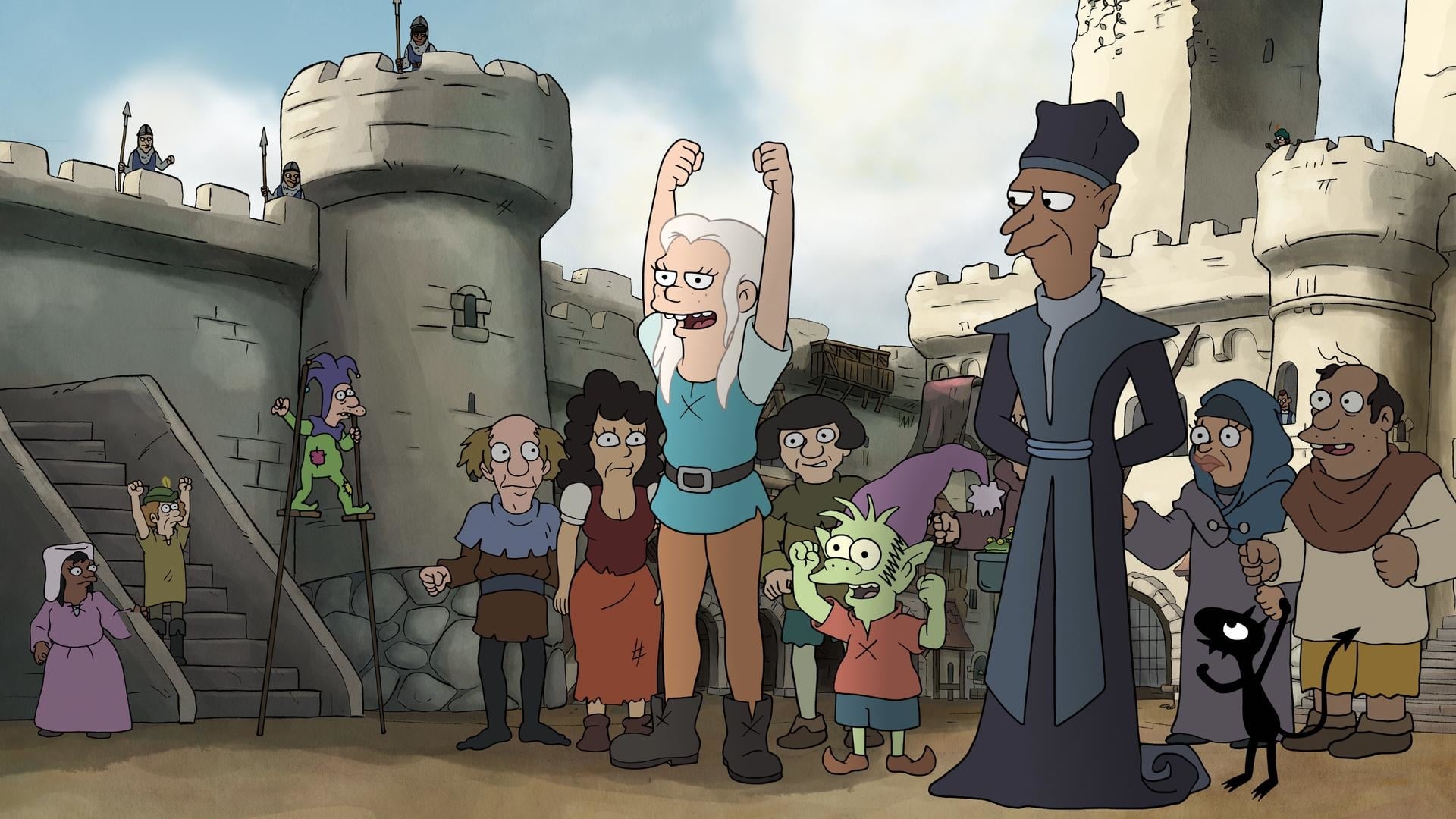 Despite how interested Disenchantment is in using its setting for goofball jokes, it is burdened with plot: The dynamics between the central trio are more interesting than their episodes-spanning, overcomplicated journey. More time is spent moving the characters around than exploring their comic possibilities and the writing isn’t quite there yet. Over the first seven episodes, they get into a series of misadventures that don’t really lead anywhere. Bean has a party when her dad leaves the castle. Bean apprentices for an executioner. Bean joins a group of thieves. Though all related to steadying Bean’s spinning moral compass, the episodes don’t clearly stabilize the gauge.

I don’t want to spoil the series for you but by the end of the season, there appears some sudden significance to the plot and an intriguing mythos built for the series. The last three episodes are where Disenchantment really shines. There’s still nothing revolutionary here, and much of the comedy is still too stagnant, but it’s a far more effective fairy tale.