Chef Wars by indie Filipino developer Mindcake Games is an open world RPG where you collect as much as much food as possible in order to create a staggeringly huge amount of recipes. I first saw this game at the IMGA SEA Nominations last year and have been playing this game since its beta testing days. I’ve forgotten about it since then but recently came back to a fully polished game that’s pretty darn addictive.

It’s a gorgeous little game with bright and colourful animations, as well as a wealth of content for a free to play mobile game! I was impressed with the adorable art style as well as the real-world recipes involved. Chef Wars begins with Sylvie the little cute Green haired French chef who’s on a mission to find out about the mysterious death of her father. But in order for people to take you seriously you have to compete in chef battles all over the world and get your chops, so to speak.

There are over 900 recipes to invent, 500 cities and towns to explore and 11 judges with unique tastes and preferences to impress. I basically spent most of my time wandering around the world collecting ingredients and whipping up Coq Au Vin for the judges. But in order to truly get into the spirit of the game, you’ll need to fit in with the theme of each competition.

So how it works is that you go to a town or follow around this henchman that knows something about your father and challenge people to Chef Wars. Each battle will have a theme like “French, Cheese, Luxury”. So, in this case, my Coq Au Vin wouldn’t do but a Cheese Souffle may be just the ticket. You don’t need to match the theme exactly if you know the judge on the panel likes a certain item. Like Anna Wintourmelon is a basic fish and loves anything French, Kimee Kandyshan gets thirsty and loves her some Wine and Spirits. You get the idea. 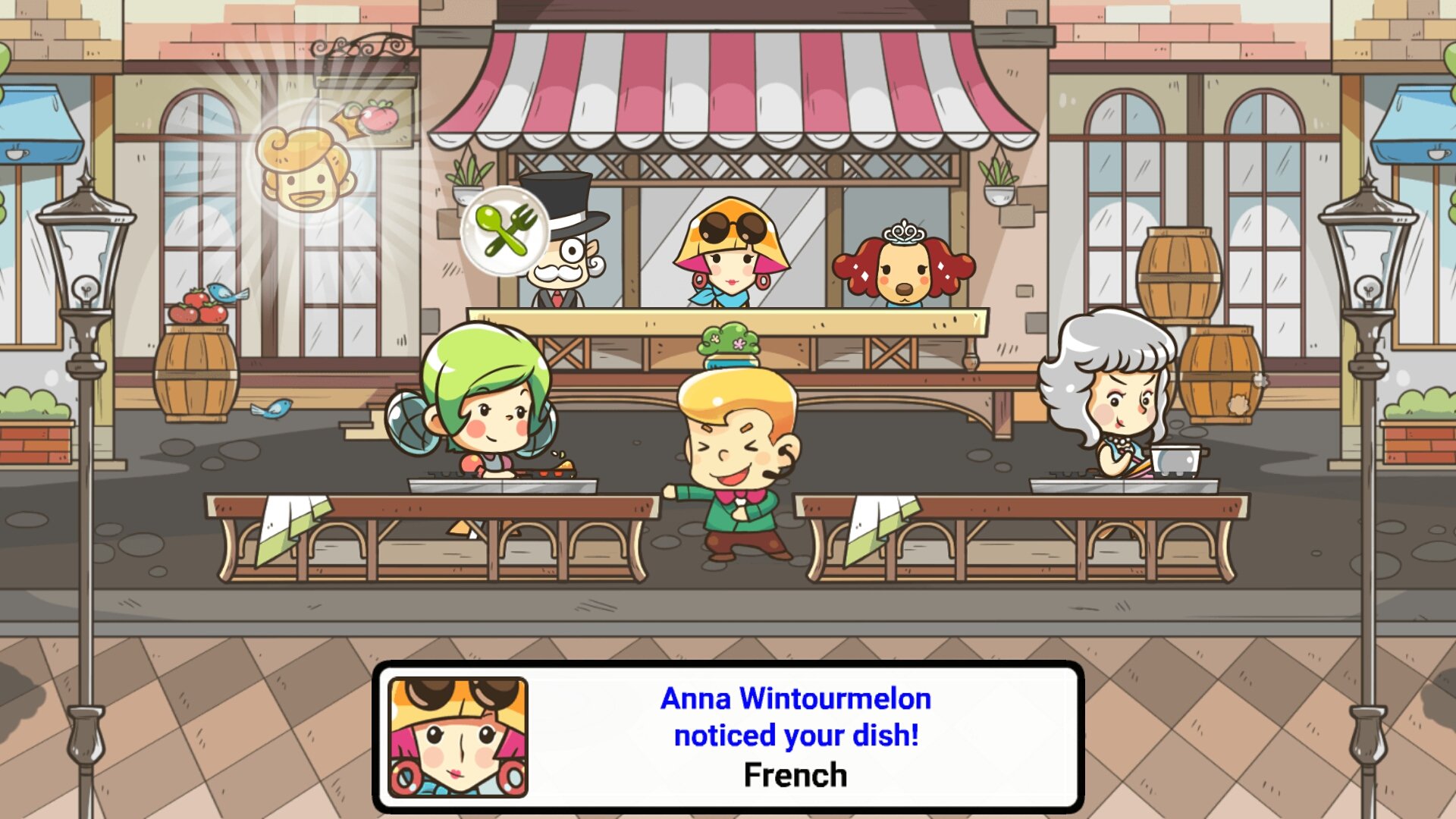 It can get a little overwhelming at first with the number of recipes and places to discover and once you start unlocking different types of cuisine you’re going to realise that 10 recipe slots are definitely not enough. That’s when the in-app comes in as well as new chefs that you can recruit. It’s almost necessary at some point to purchase additional recipe slots but the game is solid spend a little for the devs.

I can’t keep track of all the ingredients and recipes going on so be sure to cross compare with the Chef Wars Wikia. But even then your inventions can fail sigh. Make sure to spend time training your chef’s creativity instead of just rouletting ingredients and you should be fine!

Check out the game on the Google Play Store as well as on the App Store!