What To Know Before Playing Vampyr

Vampyr is the next action RPG by Life is Strange developers Dontnod Entertainment. Quite a divergence from their previous high school drama mystery, Vampyr is set in the 1918 London. You play as Dr Jonathan Reid, a half-vampire who must contend with the daunting challenge of satiating his primal needs while continuing to perform his job as a doctor. Like its previous narrative game, Vampyr offers several alternate paths to most situations, with dialogue choices playing a key part in how some characters perceive Reid.

There are conversations to have, difficult decisions about how to eat, and tough choices about what skills and powers to unlock with the XP. But so you’re not caught out in the sun here are a few tips to check out before you start playing Vampyr.

Don’t Eat Everyone Straight Away

Early on in Vampyr, you’ll be presented with a dilemma: go against your Hippocratic oath and “embrace” a mortal victim, or let them go free. The former sustains your vampiric form, netting you a sizable chunk of experience points to spend on power-ups and abilities, whereas the latter lets you keep your morals intact and sets you on the way to an achievement at the end of the game.

The experience boosts that you receive from “embracing” the citizens of London are vital to reaching the upper echelons of Vampyr’s skill tree, so if you’re not prepared to get your hands dirty and blood down your shirt the game is much tougher. Which makes it pretty tempting to chew neck and kill people at random – you’re a vampire, it’s what you’re meant to do.

Just try not to rush into anything as it’s not always clear how important a person is, who they know, or if they’re even really good or bad. The more you talk to the community, the more you’ll learn about other people and their relationships. At best you might kill someone’s friend without realising, and lose any conversation topics and clues they might have given you. At worst you could kill an area’s ‘pillar,’ a pivotal member of the community whose death can have a catastrophic impact.

Do All The Side Quests

Vampyr keeps reminding you that eating people will make the game easier because of the juicy XP in their blood, but you don’t have to worry too much about it initially. The average mortal will give you at least 1500-3000 XP per neck in one bite, which will probably take you an hour or so to earn in game. But you can also get it by doing missions to get the XP, it’s slower but it’s good because of above point.

A good way to boost this is doing investigations and exploring or talking to people to find more. Later on in the game upgrades can get pricey so you might have to make a few decisions about who to suck down on but don’t worry about doing it straight away.

Keep An Eye On The Time 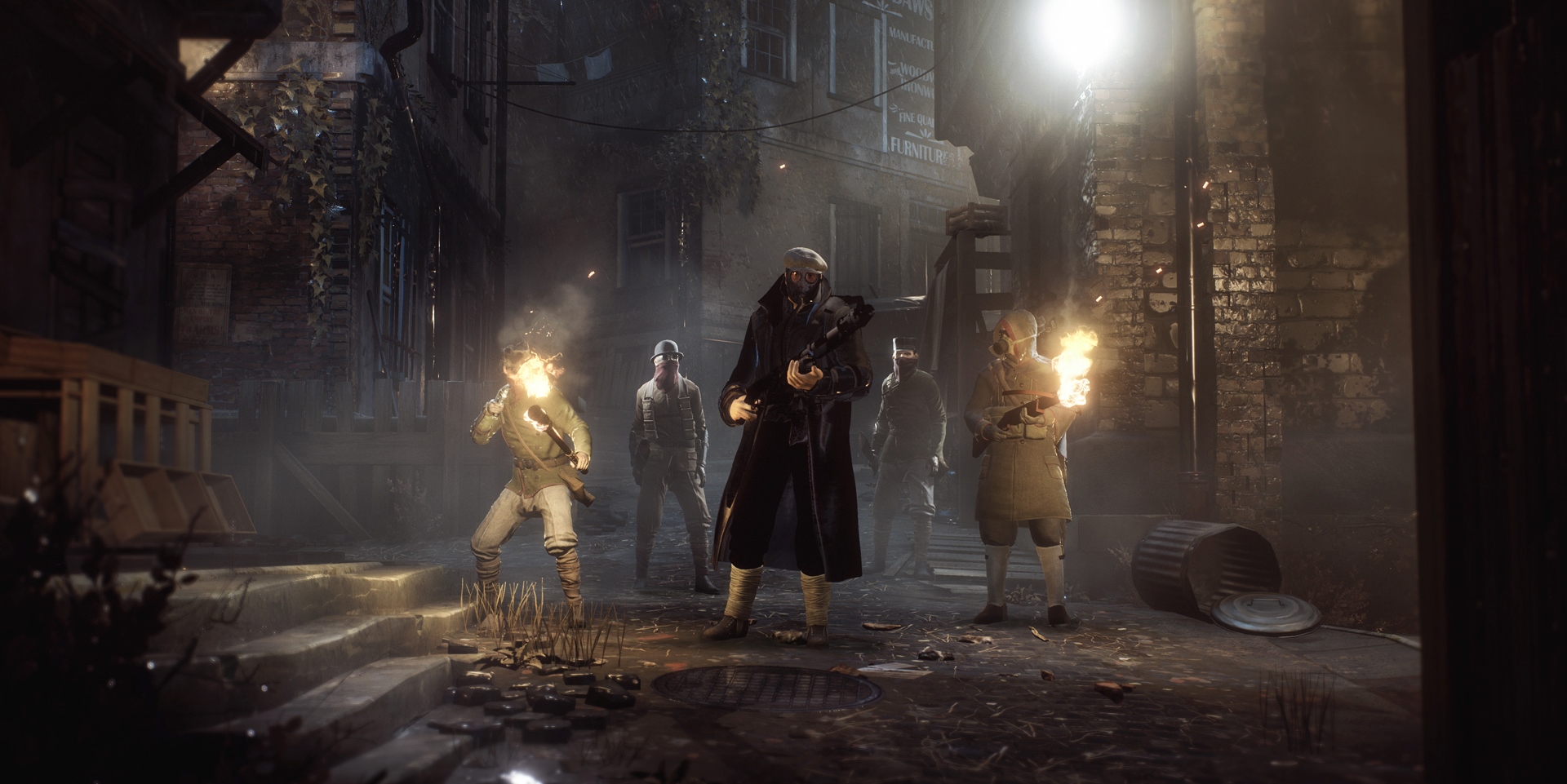 If you advance a side quest to the point where someone is in immediate danger – eg. you’ve found them trapped somewhere, beset by enemies – if you leave to power up and let time pass, they’ll likely die. This means you’ll fail the side quest, and nobody wants that. If you start a side quest try to finish it before you advance the clock, otherwise it might be gone for good.

Additionally, whenever you sleep in a bed to raise your skills, time passes. While you are asleep things can change in the world and, since the game only uses autosave, you can’t go back and change your choices. So if you’ve eaten anyone or done bad things, that’s when the effects will be felt. Try to do everything you can before you do though, so finish any investigations, check there are no conversations to have and try to leave nothing to carry over. Not only will this help you hit the hay with the maximum XP but also minimise the number of times the world changes, which usually is for the worse.

Someone Call A Doctor?

Killing people for food is going to have a negative effect on the district you’re in. If you heal and help people though you can counter that. Whenever you visit a hideout recycle all your pills and bottles and craft all the medicines you can. That way you can heal everyone’s migraines, bronchitis and other ailments and, at the end of the night, you’ll see their districts improve. Even if you lose a pillar, or make thing worse, you can still claw your way back with some well placed first aid.

That being said there’s nothing in Vampyr that isn’t useful. So whenever you see items around pick it up, what can’t be used to make medicine can be used to upgrade weapons or sold, so just hoover up anything and everything. Every time you see a flashing bin lid or glowing cupboard door, grab whatever’s inside.

It’s easy to overlook the basics with all those sexy vampire skills on offer but don’t ignore your stamina. You can only attack and use abilities while it’s full, and it’s easy for a fight to turn bad because you’ve run out of the energy to hit things. Put some XP in that, almost more than into health, and you can keep hitting things until they stop being a problem.

In a fight, stamina governs almost everything that you do: from dodging to swinging attacks. If you run out of stamina mid-combo or mid-manoeuvre, you’re in for a bad time. This means it’s wise not to over-commit to long combos instead, darting in with a dash, one or two well-timed blows and then back out again with another dash.

In a pinch, if you stun and bite the neck of an enemy your stamina recharges during the bite animation – where you also have the added bonus of being invulnerable. Just keep clocking people with your offhand weapon and whenever you see teeth, bite. That way you’ll always be able to heal and pull out whatever fancy undead tricks you have to hand. Some two-handed weapons also let you parry which then also has a stun effect and can be very useful against harder enemies and bosses. 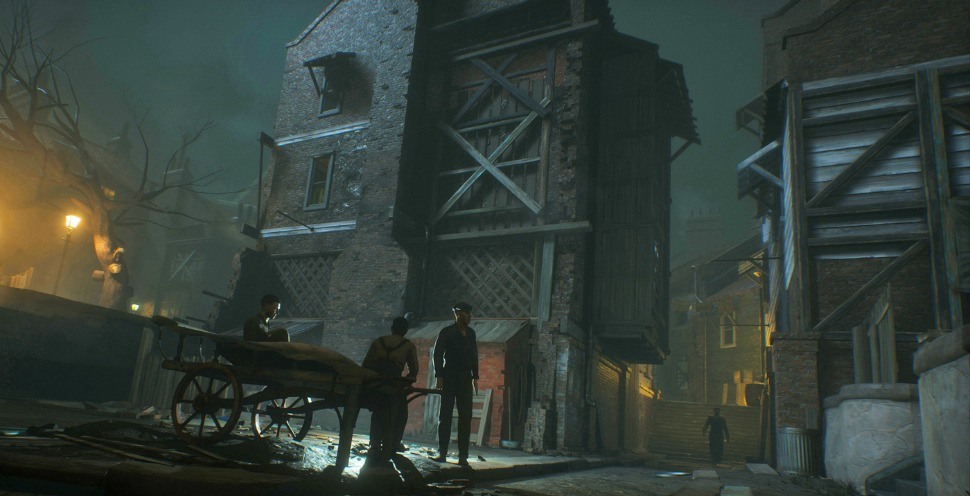 Eating rats is not nice, admittedly, but it’s free blood and the only way to top up your blood power bar between fights. Keep an eye out for the teeth prompt as you explore, or use your vampire sense to help locate them. A few rodent munchies along the way can keep you at full health and power and make all the difference when entering a fight.

Vampyr is available for PlayStation, Xbox One and PC. It’s priced for the PlayStation in Malaysia for RM229 / Singapore for SGD79.90 and on Steam for RM189.