What Do We Know About Fallout 76?

Following a 24-hour livestream on Twitch, Bethesda Softworks unveiled the next game set in the Fallout universe.

Fallout 76, referring to the vault where it takes place looks to be the next game in the illustrious Fallout franchise. With a canon as long and rich as Fallout’s, every detail in a trailer is something to be picked over for clues in the coming game. Fallout 76’s teaser is littered with visual detail, most of it homages to items and memories from earlier games in the series. Check it out below.

From what we can tell from the fairly well-maintained fallout shelter it’s early days in the Fallout series. The date and time on the Pip-Boy, a model so old it still uses vacuum tubes: Oct. 27, 2102, 6:34 a.m. That would make this the earliest setting for a Fallout game, only 25 years after the nuclear apocalypse during The Great War — a time at which there should be few survivor settlements on the surface, and when what’s left of those who didn’t get underground probably won’t be nice.

For Fallout fans who know the game’s complicated timeline, this is about three months before The Master begins creating super mutants, and all that started out in California, anyway. So, for consistency’s sake, who knows if we’ll be seeing that menace in this game, or something different but just as bad. 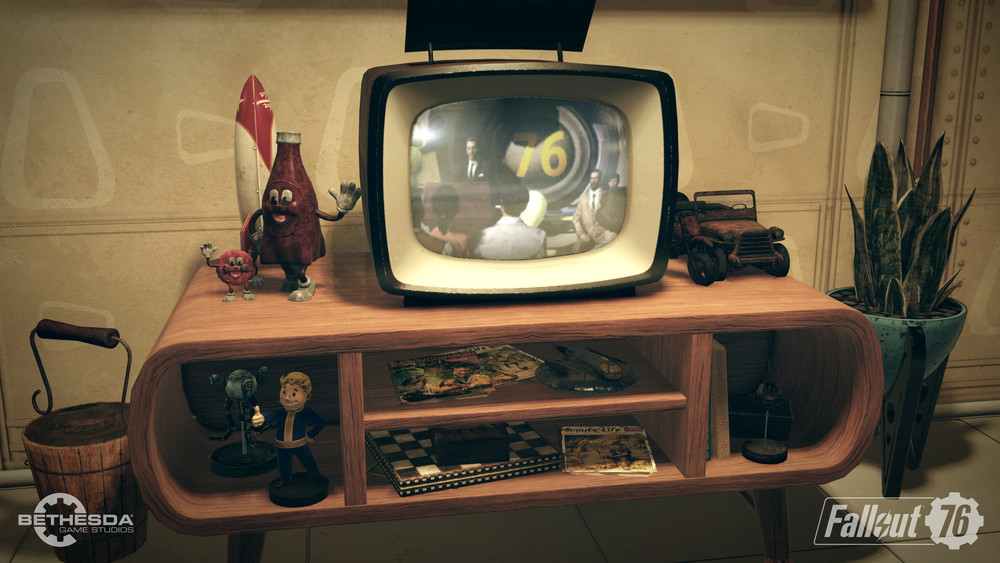 The vault looks decked out for a party, with balloons and confetti all over. A sign says that the occasion is called “Reclamation Day.” Which we assume is the day that everyone can return to the surface. The picture sweeps around the dwelling, apparently a family unit, filled with all kinds of nods to Fallout staples like the Mysterious Stranger, the Unstoppables and Nuka-Cola. The Pip-Boy makes an appearance during the teaser, but there’s a conspicuous lack of weapons of any kind. The entire setting looks extremely domestic, set inside a child’s bedroom and a family living space. But the fact that no one is in sight suggests everyone has gone back to the surface.

“For when the fighting has stopped, and the fallout has settled, you must rebuild,” says an important-sounding figure. Vault 76 is referenced as a “control vault.” Control vaults were the baseline against which Vault-Tec measured the results of its other experiments. At any rate, that part of the Fallout story appears to be over, and players will explore an obliterated surface and try to survive on it. 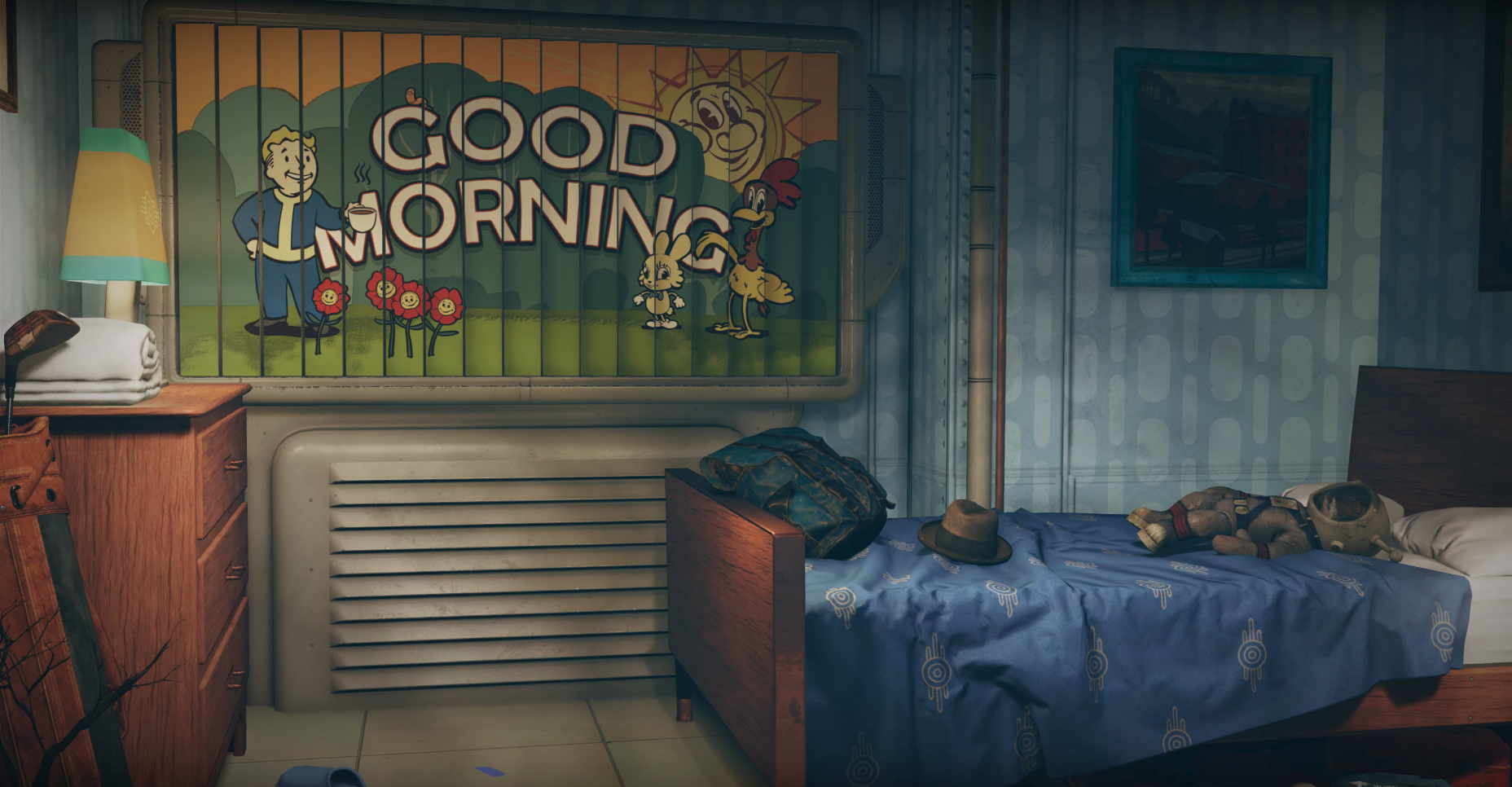 The teaser trailer’s musical score is a cover of John Denver’s 1971 hit “Take Me Home, Country Roads,” which could indicate that Fallout 76 takes place in the state of West Virginia. Files on Bethesda’s press site appear to refer to the game by the codename “Mountain,” which could also be a hint that the game will take place in or near the Appalachian Mountains.

We’ll be looking for more news out at E3 but sources from Kotaku and Polygon have noted that the game might be “an online game of some sort” and that it will feature multiplayer. The game is expected to be out on the PlayStation 4, Windows PC and Xbox One.