Everything You Need To Know Before Watching Deadpool 2

The first Deadpool movie came out in 2016 with much more acclaim than that sad silent version in X-Men Origins: Wolverine. Surprisingly also played by Ryan Reynolds who gave us that other remarkable superhero Green Lantern, who could forget. But it seems he’s hit his stride with his own Deadpool movie that had the audience in stitches and guaranteed him his next movie. Deadpool 2 is coming out tomorrow on May 17th, 2018, and here’s what you need to know before going to watch everyone’s new favourite Marvel hero. Sorry Iron Man.

Deadpool Is Part Of The X-Men Saga, Not The Avengers

Although Deadpool is not a mutant, he’s not an Avenger either. The two can be easily confused, and the original comics actually used to mix everyone up with other superheroes’ editions. But the Marvel Cinematic Universe decided to separate both sagas for now, especially since The Avengers is more organized and actually follows a storyline, whereas X-Men is all over the place. Regardless of that, you’ll find a lot of references to X-Men and even new mutants in this film.

Deadpool’s real name is Wade Wilson, and he is a dishonourably discharged special-forces operative who worked as a mercenary and everything is running peachy keen until he gets cancer. Wilson is then approached by a child-molester-looking recruiter who promises to cure his cancer in exchange of his cooperation in a psychological torture-induced experiment in order to awaken the mutant gene in people. It works much like Wolverine’s power of self-regeneration, but he ends up looking like Freddy Kruger. Which starts his rivalry with Francis, the doctor that caused his deformation. From on then, Deadpool sets out on a quest to kill Francis, get back with Vanessa, and join the X-Men.

Josh Brolin (yes, it’s the same guy who played Thanos in Avengers: Infinity War). In Deadpool 2, Cable is served as Deadpool’s adversary who will battle against him over the life of a young mutant named Russell (Julian Dennison). We don’t know exactly know why Cable is out to get this kid but here’s the comic book breakdown.

Nathan Summers aka Cable is the son of Scott Summers (Cyclops) and Madelyne Pryor the clone of Jean Grey/Phoenix who was created by Mr. Sinister. Apocalypse that large blue dude from the previous X-Men movie infected Cable with a techno-organic virus that would turn him into a body of liquid metal and organic steel. Cable was able to use his telekinetic abilities no doubt inherited from his mother to hold back the virus. But in order to save his life, Cyclops agreed to send him 2000 years into an alternate future where he would able to be cured. 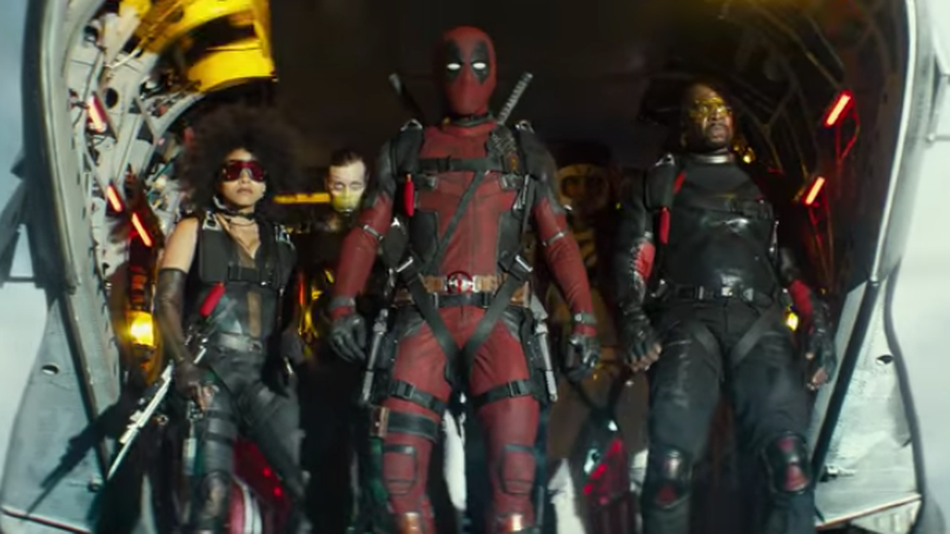 From the trailer we are told that Deadpool is forming a “Super Duper Fucking Group” of superheroes known as “X Force” –Deadpool came up with the name– in order to save a kid named Russell from Cable’s plans. They’re made up of Domino, Jesse Aaronson aka Bedlam, Gaveedra-Seven aka Shatterstar (Lewis Tan), Axel Cluney aka Zeitgeist (Bill Skarsgard) and Pete Wisdom (Rob Delaney). Here’s a brief intro.

Russell, a kid whose purpose and powers are unknown; Domino a mercenary who possesses a mutant power that is able to manipulate probability; Bedlam played by the insanely adorable Terry Crews is a mutant who’s able to disable anything that has an electromagnetic field; Shatterstar, has several mutant abilities such as creating teleportation portals using his swords and has a superhuman strength; Zeitgeist whose mutant power is acidic vomit; and Peter, just a normal guy who saw the recruitment ad on LinkedIn.

With the X-Force finally getting their big-screen debut it’s only a matter of time before we finally get the inevitable team-up movie. As for now, Fox has already brought in Drew Goddard to write and direct the X-Force feature.

Rotten Tomatoes has already given the film with an 84% rating, and it seems like Ryan Reynolds won’t let us down in his portrayal of the sarcastic superhero.