7 Questions We Have After Solo: A Star Wars Story

Solo: A Star Wars Story, as many prequels do, provided answers to a lot of questions that most people had probably never bothered to ask. Of course, if you needed to know all the details of the Millennium Falcon‘s internal construction or why the name of a scoundrel loner is the incredibly on the nose Solo, you now have those answers.

What’s potentially more interesting is the way that Solo created additional questions that we’d never had before. The film certainly leaves itself open to potential follow-ups that might give us these answers, but until then, here the questions we’re wondering about following Solo: A Star Wars Story. Watch out for spoilers if you haven’t seen the movie.

What’s The Story With The Damn Dice? 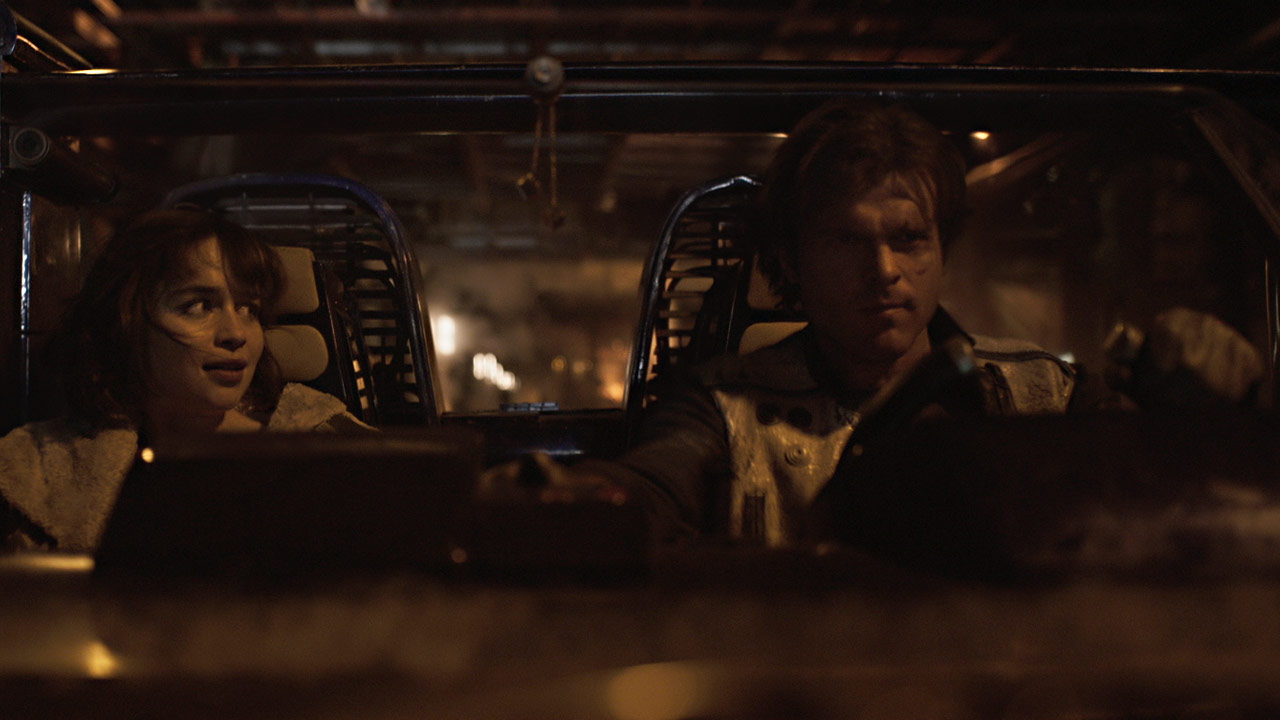 Many people probably never noticed the golden dice hanging in the cockpit of the Millennium Falcon until attention was drawn to them in Star Wars: The Last Jedi. We saw them again in a lot of the promotional material for Solo, and we had been specifically told at various points that the dice were actually what Han used to win the Falcon from Lando in a game of Corellian Spike. However, Han already has the dice at the very beginning of the movie, and he wins his ship playing a traditional game of Sabacc with Lando. These dice are already important to Han when the movie starts, so where exactly did they come from?

What Happened To Han’s Parents?

When we meet Han Solo, he’s living among a group of orphans who are working for an alien called Lady Proxima. He’s clearly been in this position for a long time. It’s not a leap to believe that Han has grown up this way his entire life. However, later, when he finds himself on board a special Corellian spaceship, he mentions that his father used to work in the shipyards and dreamed of being a pilot, which is likely where Han got the itch. So it turns out Han had a family that he knew well enough to know his father’s dreams, and clearly loved. So what happened to them? What tragedy left him with no people at all?

What The Hell Was Han Doing In The Imperial Army For So Long?

From the way the film ends, it seems pretty obvious why there had to be a multi-year gap – and Han‘s part of that gap was pretty incidental. They needed to leave a pretty big window of time for Q’ira‘s life to entirely change and for her to join up with the Crimson Dawn and rise through the ranks – and if that made the title character’s journey suddenly not make a ton of sense, oh well!

Why Didn’t The Empire Send A Bunch Of Regular Ships?

Making the Kessel Run is extremely dangerous and more than a little time-consuming, even in the best of conditions. So why would the Empire send a friggin’ Star Destroyer through that narrow channel to deal with the uprising/heist on Kessel? For one, the ship is HUGE. You know how big Star Destroyers are? About 40,000. That’s, like, a small town. I get that the coaxium is a big deal, but why not send a bunch of smaller, faster ships? 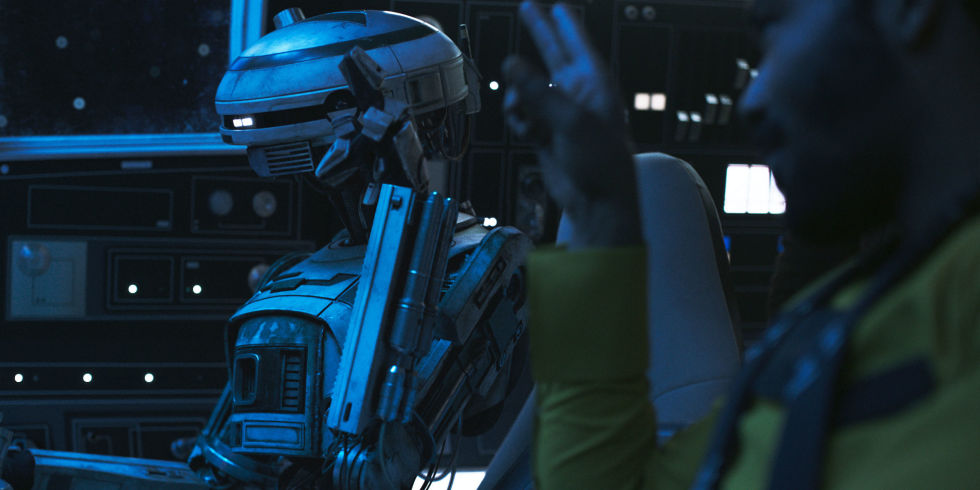 The droid L3-37 was a favourite of many in Solo this weekend, which made the character’s apparent death on Kessel a sad moment indeed. However, at the last minute, her memory is uploaded into the Millennium Falcon so that the crew can use her extensive navigational database to find a way to safety. While the database download is successful, what’s less clear is how much of L3 went with it. Is her personality and attitude now part of the Falcon is some tangible way? If the ship had the ability, could Han and Chewie talk to her and get a response back, or did they only get the raw data, and the personality is actually truly dead?

L3 was an intelligent, conscious being – she had thoughts and motivations and desires of her own. She was ALIVE, for lack of a better word. And now – theoretically – her conscious mind is trapped in the Millennium Falcon, unable to meaningfully communicate with anyone. This is a droid who LITERALLY built a body for herself – who was so committed to having independence and mobility that she BUILT HER OWN BODY…and now she’s trapped forever as part of the Falcon. Her dream of independence is shattered. This is practically a space-bound Get Out situation – which is a lot darker than you’d expect for a Star Wars film.

How Is Enfys Nest Connected To The Rebel Alliance? 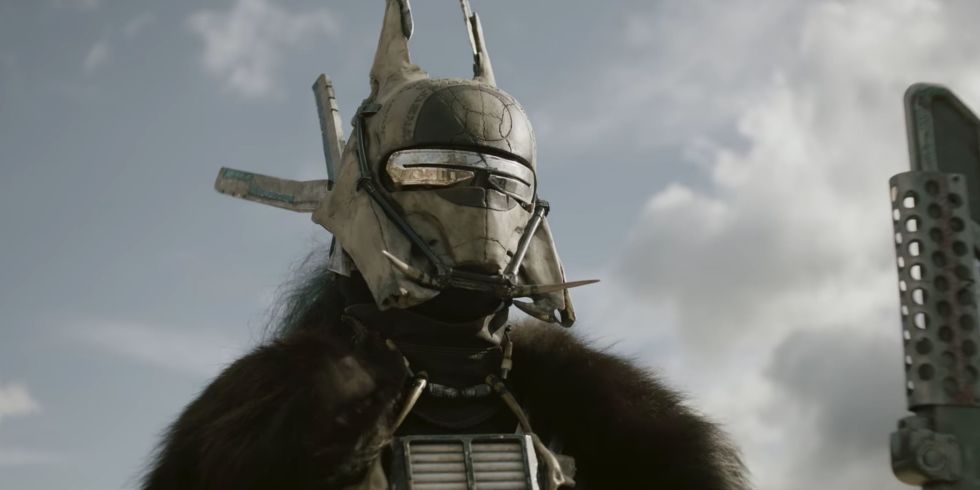 Enfys Nest and her crew are described as a group of marauders early in Solo: A Star Wars Story, but at the end of the film, we learn they’re actually a group of rebels who have been fighting Crimson Dawn because they know the organized crime syndicate is involved in something much darker. While never stated outright, the implication is that Enfys Nest is actually part of the Rebel Alliance. Since we never see her in the main trilogy, it’s not clear what’s going to happen to her after this. Whether or not we get more movies telling this particular story, it seems likely Enfys Nest will keep fighting this particular fight, but is there a place for her in the larger rebellion?

What Is Darth Maul Planning? 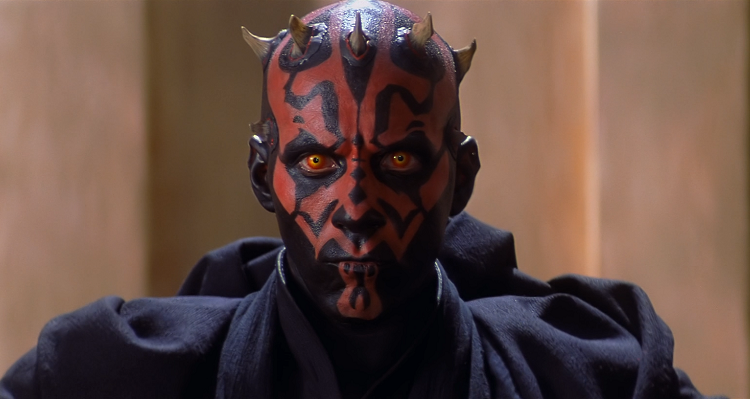 At the end of the film, we learn who is behind Crimson Dawn. It’s none other than former Sith apprentice to Emperor Palpatine himself, Darth Maul. While fans of the different Star Wars animated series know that Maul survived the events of The Phantom Menace, and what he was doing during the time between trilogies, Solo appears to take place between the two series, so it’s unclear exactly what Maul‘s interest in Crimson Dawn really is. He expects to be working closely with Qi’ra for a long time, so he’s certainly up to something.