I’m about 5 episodes into Syfy‘s latest TV series Krypton, a Superman prequel movie that brings us back to Kandor and highlights the fall and rise of House El. If you’ve just started the series or want to get a feel of it before you give it a permanent rotation on your TV slot than let Rao be your guide and read on! Don’t worry this is spoiler free.

Fans of the imba DC hero Superman are well aware of the Man of Steel’s origin story. Man falls to the ground in a farm, discovers he’s the last of his race, becomes the hero of Earth. But if you’re not a comic reader you probably wouldn’t have spent too much time thinking about the planet Krypton or its intergalactic politics, instead you might have been busy trying to spot the CG covered moustache on Cavil (which would have taken you all of five minutes).

Set in the Andromeda Galaxy, Superman‘s home planet of Krypton is a hostile world surrounded by barren waste (probably Kryptonite), revolving around the red sun Rao. It’s capital city Kandor, is far from the shining city of peace and technological advancement we had come to expect. I imagine the planet Krypton much like the advanced race of the Vulcans in Star Trek interested only in the pursuit of science. Instead, all I got were emotional, irrational political schemes, not quite Game of Thrones level but it’s getting there. Kandor has a classist society where people are divided into guilds with their futures all mapped out for them. A la Hunger Games the majority of the population are placed in the subset ‘Rankless’ basically the poor that are crowded into slums scavenging and working as underlings to the elite. 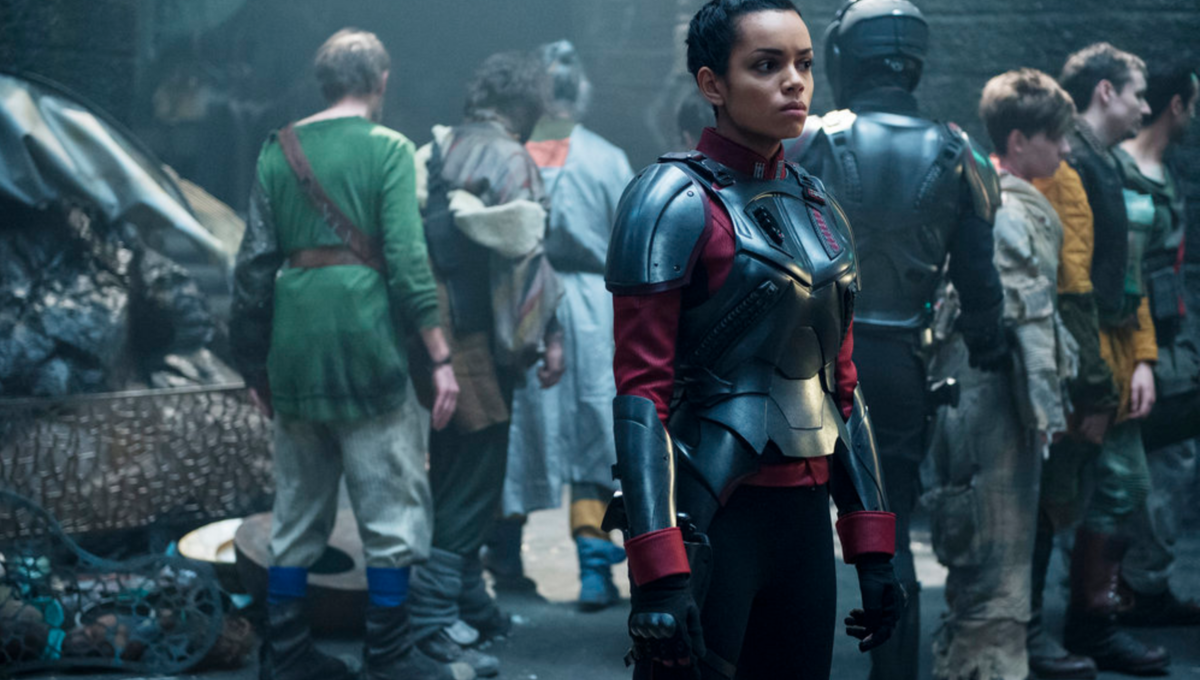 Here is where we meet Seg-El, our main hero and grandfather of Superman. House El, once a great house was stripped of its rank and thrown down to the Rankless after Seg’s grandfather Val-El was executed for treason (not a spoiler it literally happens 5 mins into the first episode). Much like Galileo, Val went against the teachings of Krypton when he discovered life in the universe and a growing threat in the ‘Phantom Zone‘. He sought to spread the news but like Galileo, he was executed for his troubles. 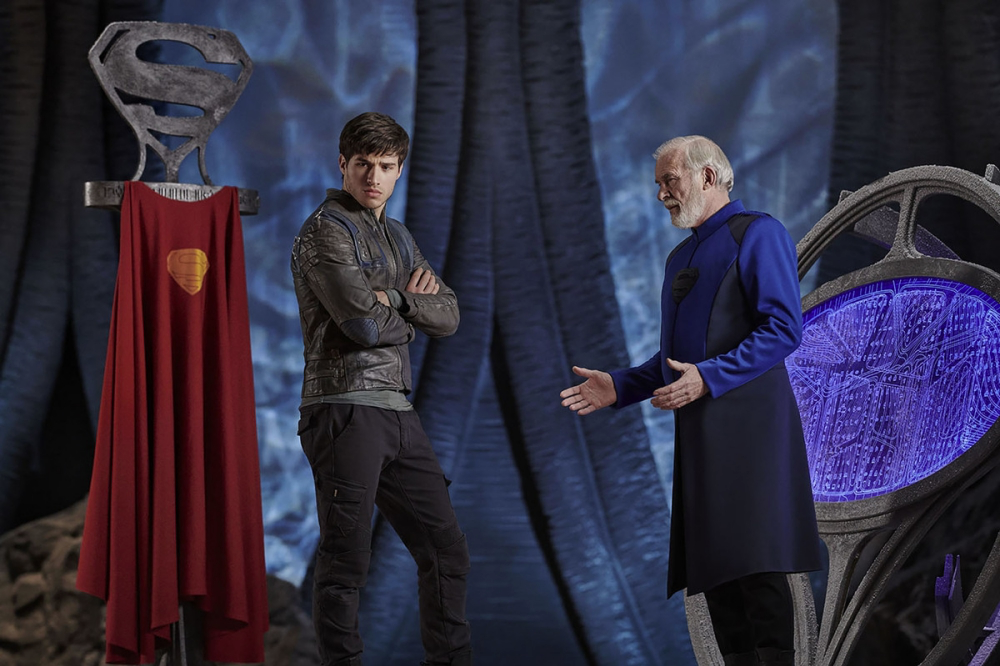 The socioeconomic divide in Krypton is harsh with most of the population being unhappy with the way things are run. As we stand it looks like Kandor is on the verge of a revolution. There are plots afoot in the background and everyone you meet seems to be playing some long political game to manipulate the system. Factions are divided amongst the ranked, the rankless, rankless sympathisers, activists and the religious sect is known as The Voice of Rao (that dude is ripped) which has been declared the one true God of Krypton. 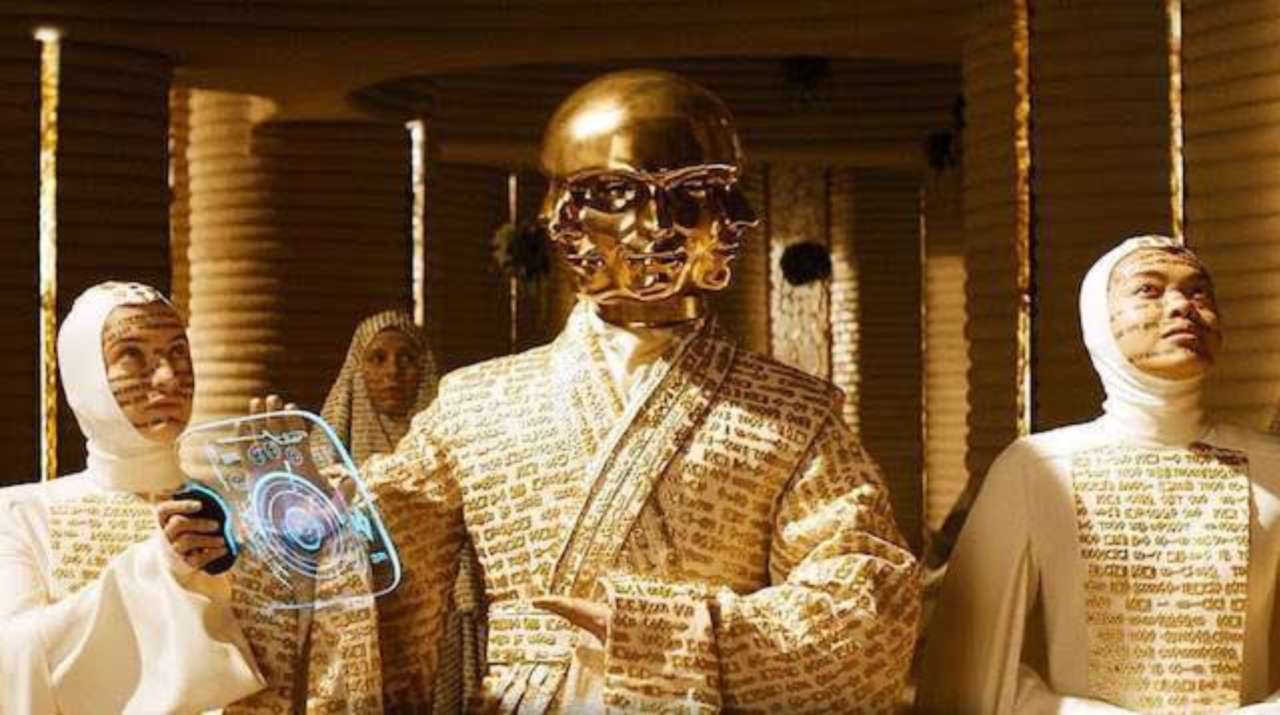 On top of it all, there is that nameless terror discovered by Seg‘s grandfather that threatens to bring about the destruction of Krypton. Well, not nameless you know what it is right? There were trailers all over the place! It’s Brainiac. Oh and there’s a random time traveller, Adam Strange that has popped up to warn Seg that his planet is about to be destroyed and he needs to save it in order to make sure Superman comes to Earth. I know what you’re thinking that if Seg saves Krypton then Superman wouldn’t have gone to Earth. Well apparently this destruction is happening too soon and they didn’t have time to build the rocket and make a bebeh.

The plot seems a little intense in the beginning but the show slowly introduces each facet of Kryptonian society to you so it’s quite easy to take in. There’s a rich vein of plots and counterplots for Krypton and I’m sure that we’ll be seeing more enemies from DC’s rogue’s gallery than just Brainiac. The characters are still a little underdeveloped a couple of episodes in, except for Nyssa-Vex that wily white-haired minx is playing all the cards right now.

Showrunner Cameron Welsh has said that he has at least five years of material for Krypton, so there are possibilities for a number of long reaching arcs to play out but for now I’m suitably intrigued to continue watching the rise of House El.