Chrono Trigger‘s awful PC port will supposedly be fixed in the coming months.

In case you missed it, Chrono Trigger was quietly released on Steam back in February. While Chrono Trigger has been made available for several platforms since its SNES debut, PC gamers have had to make do with whatever this hot mess is.

Square Enix has updated the game’s Steam page with a message that expresses their awareness of the ports’ issues. They plan on fixing some of these problems via a series of updates that begin with the release of an April patch that will add high-resolution graphics to the game as well as the option to experience the title’s original visuals.

Now, you can play Chrono Trigger on Steam for USD$14.99 / RM48. This version of the game does come with two of the additional dungeons featured in the 2008 DS port of the game and doesn’t suffer from some of the re-imagined graphics that plagued recent PC editions of classic Final Fantasy games.

However, and this is a big warning that you should consider, the release version of the PC game is a fairly straight port of Chrono Trigger‘s mobile version. Not only does that mean that it hasn’t necessarily been cleaned up and polished as much as it could have been, but it seems that this build of the game might feature some problems unique to the mobile port.

This looks like someone’s first attempt at an RPG Maker game. pic.twitter.com/1cd6YxTdZU

Ouch. While Chrono Trigger isn’t a technologically demanding game, there are certain design concessions that had to be made for the mobile port of the game. Those concessions – such as blurry textures and questionable font – are supposedly also present in the PC version of the title. The number of negative reviews the game received upon its release seemed to indicate that there are serious issues present in this port.

Considering that Chrono Trigger is one of the greatest and most beloved JRPG games of all-time, a port such as this in the year 2018 is honestly unacceptable. Fans probably weren’t expecting a complete reimagining of the game, but these kinds of issues are impossible to justify when you’re talking about a major company like Square Enix porting a 23-year-old game to PC. 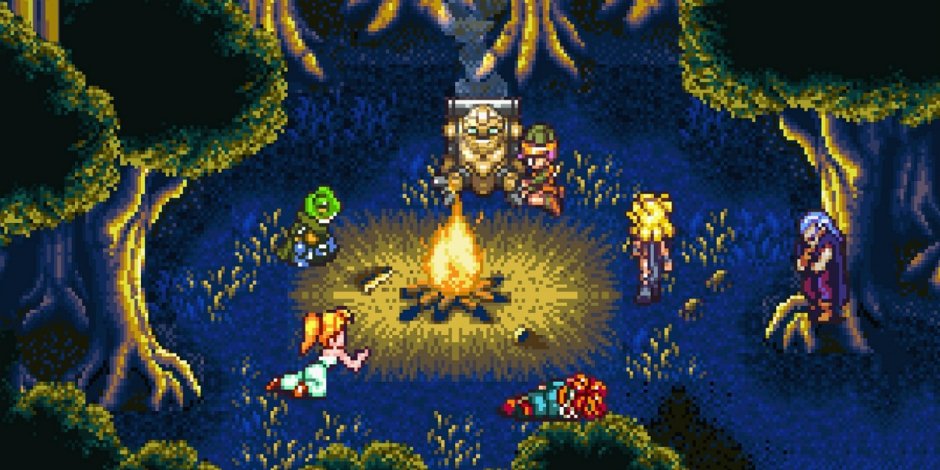 The studio has not disclosed what future updates might include or when those updates will be released.