Hot on the heels of the Crash Bandicoot N. Sane Trilogy, Activision has just announced yet another remaster trilogy of Spyro, another fan favorite series from the original PlayStation.

The popular video game character has appeared in Activision‘s Skylanders series in recent years, but he hasn’t had his very own video game since the Legend of Spyro reboot trilogy back in 2006 – 2008. The remaster will feature an updated package of the three original Spyro games: Spyro the Dragon from 1998, Spyro 2: Ripto’s Rage from 1999 and Spyro: Year of the Dragon from 2000. Check out the trailer below.

Activision‘s announcement states the Trilogy features “scaled-up HD graphics” where the more than 100 levels have been “mapped faithfully from the originals, only now re-imagined with modern mechanics to give fans an excellent gaming experience.” In terms of visuals, this is described as a “completely remastered” collection with “re-imagined cast of characters, brand-new lighting, animations, environments, and recreated cinematics.” The game’s characters and original soundtrack have also been updated.

Remade from the ground up by lead developer Toys for Bob, the Spyro Reignited Trilogy features the fun and nostalgic gameplay that fans remember with more than 100 levels, enhanced reward sequences, Spyro’s gang of zany dragons and other goofballs (including Sparx the Dragonfly, Hunter, Sheila, Agent 9 and Sgt. Byrd) and more. The trilogy also includes improved environments, updated controls, brand-new lighting and recreated cinematics for added flavor in this one-of-a-kind adventure.

Although the original Spyro trilogy was developed by Insomniac Games, Toys for Bob, a subsidiary of Activision, will be taking the lead for the remastered version. The company itself is actually no stranger to the Spyro series, having released the original Skylanders: Spyro’s Adventure game.

Tom Kenny, who had previously voiced Spyro in both Spyro 2: Ripto’s Rage and Spyro: Year of the Dragon, will again return to voice the character for the upcoming remastered trilogy. Fun fact Kenny is best known as the voice of Spongebob Squarepants. 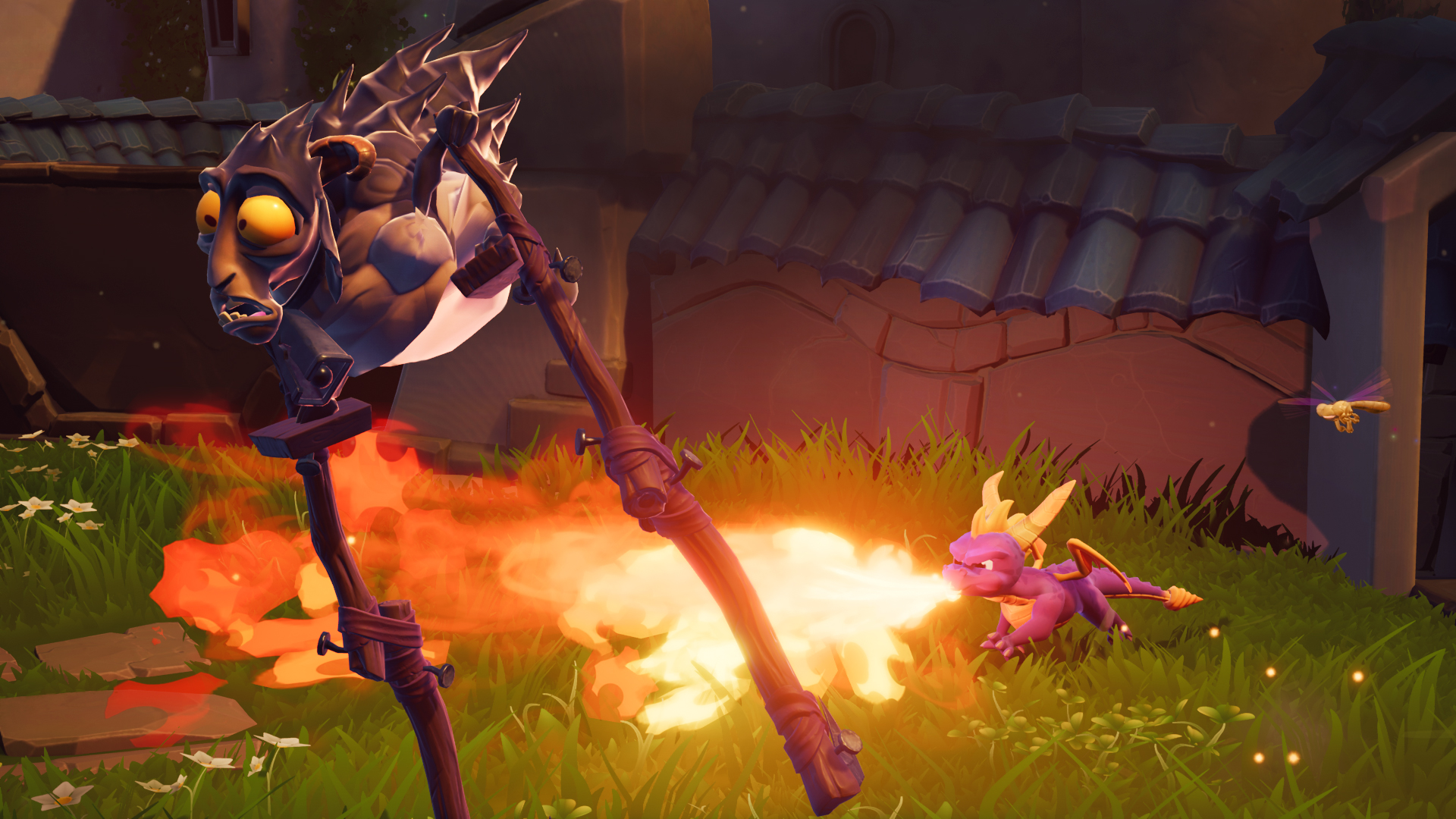 The Spyro Reignited Trilogy releases for PS4 and Xbox One on September 21. That roughly coincides with the original release of the first Spyro, which debuted back in 1998.

Alas, while the trilogy is releasing on PS4 and Xbox One on the same date, there’s still no word on a Nintendo Switch release or a PC version. But I wouldn’t worry about that too much. The Crash Bandicoot N.Sane Trilogy is releasing on PC and Nintendo Switch on July 10th, and it stands to reason that Activision will release the new Spyro trilogy on both those platforms as well.