Mulaka Is An Adventure Of Indigenous Mexican Culture

Mulaka, meaning Children Of The Stars – is a 3D action adventure brought to us by the Lienzo development team in Chihuahua, Mexico. Based on the stories of the Tarahumara (or Rarámuri) an indigenous tribe of North Mexico. You’ll undertake this journey as a Tarahumara shaman traditionally called Sukurúame, on a quest to prove his worth to several deities, in order to recruit their help in defeating an evil force that wants to destroy all life and start over.

“The Tarahumara have been called super athletes, superhumans, and even the greatest race the world has ever seen,” developer Lienzo says. “All because of one thing: their running”. Lienzo notes that the Tarahumara are said to have hunted deer by running them down—literally chasing a deer until it’s exhausted and then tackling it. This legend is reflected in-game via infinite stamina.

“Mulaka was designed hand-in-hand with renowned anthropologists and Tarahumara leaders to capture the true essence of the culture in the game,” Lienzo says. “We have unearthed old books, crumbling texts and forgotten diaries and gotten the most playable elements, as well as the coolest myths and stories, and recorded authentic Tarahumara dialogue.”

Working hand-in-hand with renowned anthropologists, Tarahumara leaders and people, Lienzo have released a series of video’s of this incredible, yet barely known culture. Fascinating to watch even if you end up not playing the game. 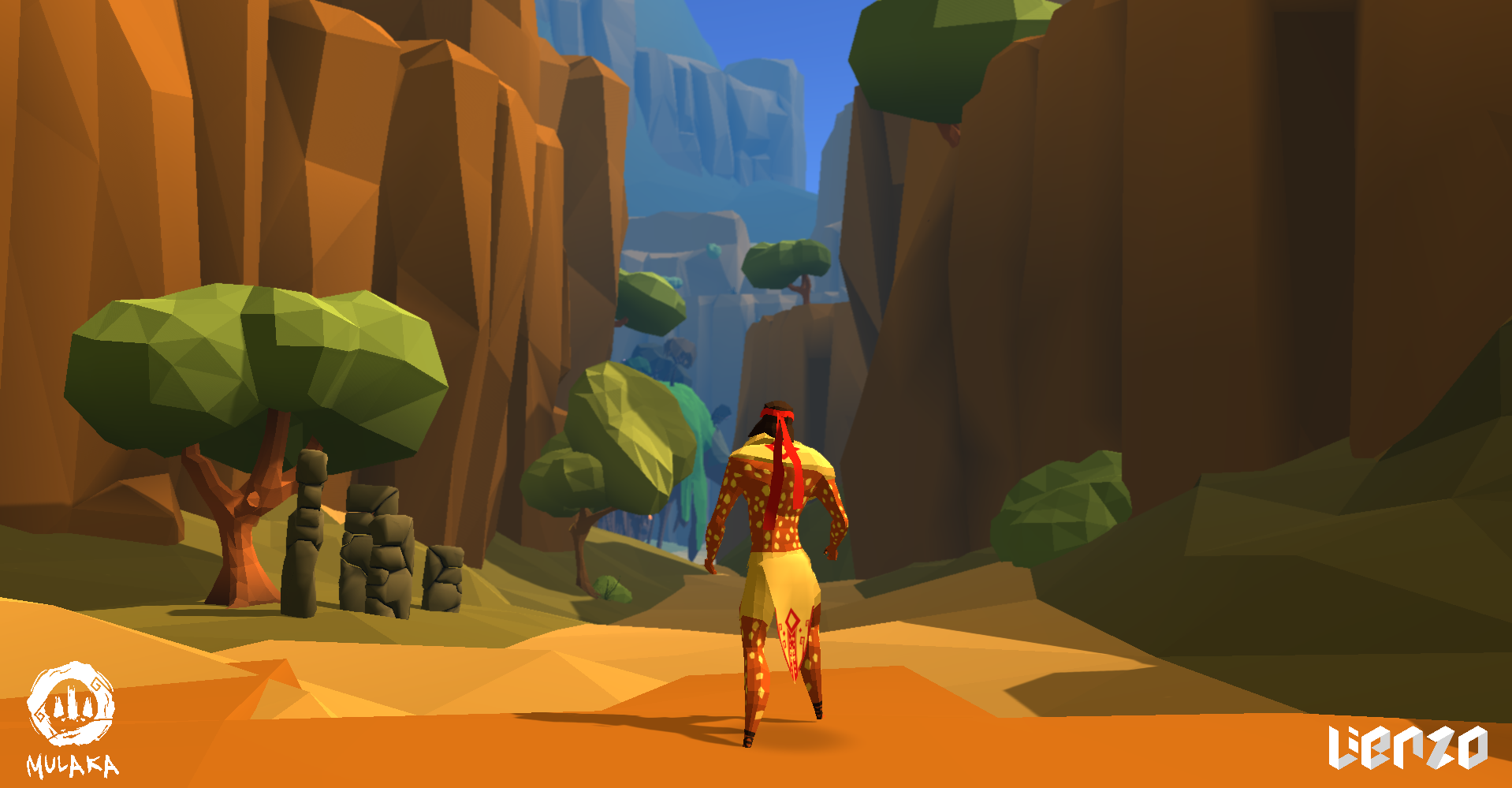 The first thing you’ll notice about Mulaka is how striking the visuals are. The game’s world is rendered in a distinctly bold angular style, with characters and the environment itself being short on detail. The simple look brings to mind cave paintings and other ancient art, but with a 3D representation that lends an uncomplicated origami style of beauty to everything.

Mulaka is made up of a series of self-contained levels that require a blend of platforming, puzzle solving and combat to complete, typically requiring you to find three keystones to open the path to the next stage. As you progress you’ll unlock the ability to craft a handful of potions and transform into different animals, opening up new combat and traversal options.

Bomb potions let you destroy rock barriers, becoming a bird lets you fly over large gaps and turning into a bear lets you smash stone constructs. You can revisit previous areas and use newly-acquired skills to get your mitts on previously unreachable power-ups. There’s also a rudimentary set of upgrades to unlock using energy called Korima that will improve your damage, magic and health. 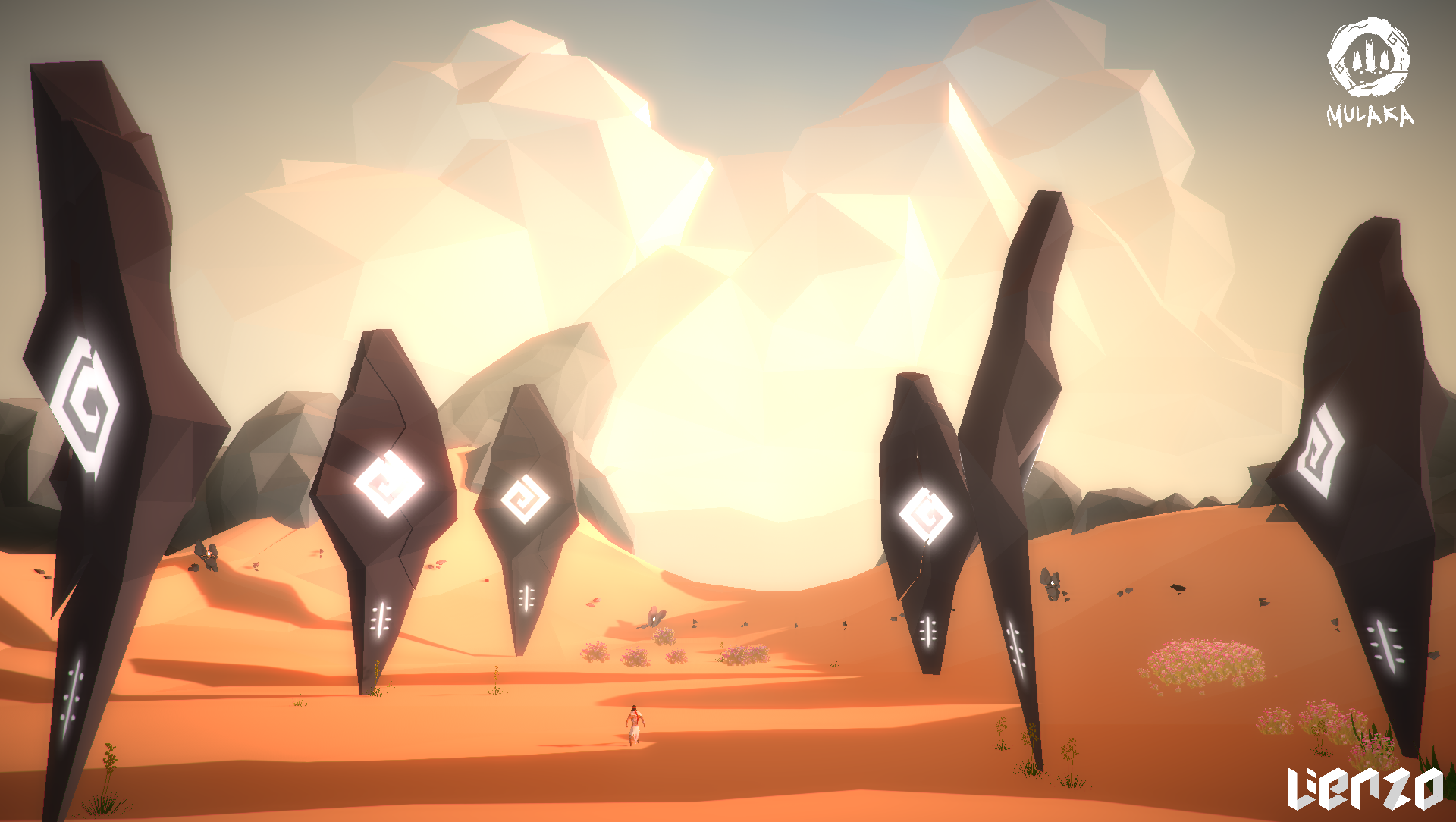 The gameplay elements are pretty basic, and it’s far from the most challenging game you’re going to be facing. You’ve got a light and heavy attack, jump, a spear throw, and various other abilities which you acquire across your journey. Mulaka‘s puzzles are far from brain busters either, but there’s something extremely pleasant about the way they break up gameplay. As of right now, there’s only one default difficulty setting which will hopefully change to offer less casual players more of a challenge.

Gameplay aside the music and art in Mulaka is surreal, which breathes life into the lands of the game. They start out fairly plain Jane, but each new location you visit makes the others look trivial in comparison. There’s a wonderful expanding sense of scale throughout. Earlier portions may have left a bit to be desired in their simplicity, but the last few worlds are expertly realized. Everything you’ve learned must be utilized to see your journey through.

Mulaka is available now on PlayStation 4 (not in South East Asia), Nintendo Switch, Xbox One and PC. You can find it in the Steam store for SGD$16.65.

Lienzo will donate up to 10 percent of Mulaka‘s earnings to “the strengthening of the culture and the preservation of the Tarahumara Sierra.”