Epic Games is spreading that Fortnite fever and if you haven’t had a chance to check it out now’s your chance with Fortnite Battle Royale’s latest limited-time event, Blitz mode. Blitz mode is built for quick sessions, which is to say it’s lunch break friendly. Matches have a 15-minute time limit, with the storm circle rapidly shrinking from the start. But the actual time in matches feels considerably shorter thanks to an abundance of high-end weapons and gear available for you to die against. Think of Blitz mode as the standard Fortnite game on steroids.

Now available on mobile. The game is fast, aggressive and we hope becomes a permanent fixture as the game expands onto mobile devices.

Blitz mode plays like the game’s traditional four-person squad mode if it were stuck on fast-forward. Each match begins with a storm circle already formed from the beginning of the game, restricting the safe zone from the get-go. As you drop to the island, the countdown till the circle shrinks begins. It moves more quickly and aggressively from there, with triple loot and increased resources spawning to match the faster pacing. Long story short it’s a whole lot of guns, a whole lot of building and just general mayhem.

It’s a great mode on any platform, giving you more opportunities to get into combat, more chances to use rare weaponry and, a better shot at winning in chaotic final firefights. Fortnite is already a quicker, more approachable version of PUBG, where matches can last around 40 minutes and where you might spend a huge portion of that time without seeing another player on the much bigger map. Blitz mode just doubles down on that idea. 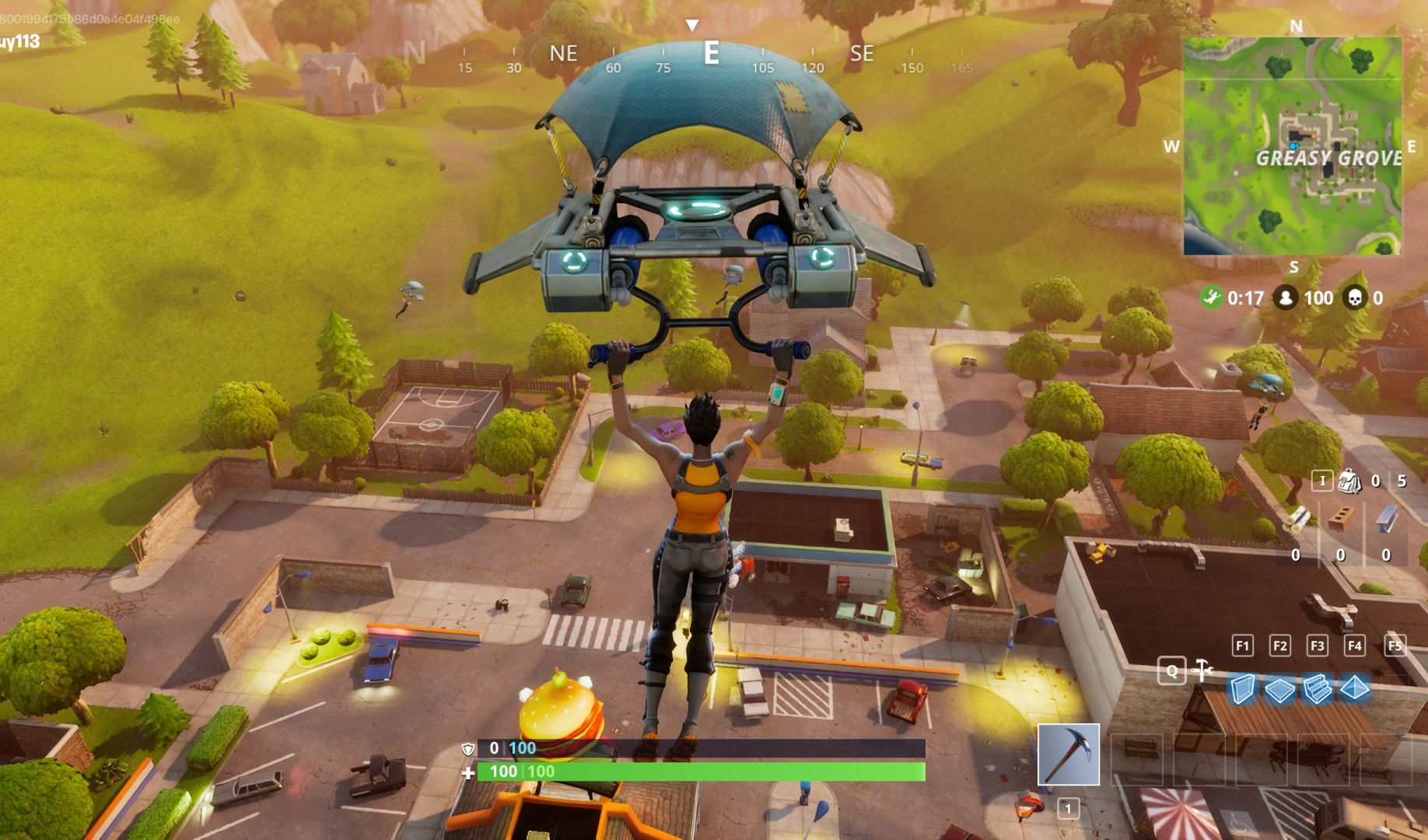 The mode’s speed would be frustrating if the game didn’t play and run so well. Losing a match in the first couple minutes isn’t so bad when you’re able to quickly hop into another. Nor does being obliterated by fancy weapons feel like a drag when you get so many chances to try some of the game’s rarest and best guns. Blitz mode doubles the harvestable resources to maintain this faster pace, it increases treasure chests and loot boxes and decreases the time between supply drops. Taking even a short break feels risky, turning healing and shield boosting into its own risk/reward scenario.

Fortnite‘s Blitz mode is particularly perfect for mobile, where you’re more likely to be playing in short stolen moments: the prospect of near-constant action from drop to finish just fits with the idea of snagging a quick match on the go rather than settling in for a much longer fight in a standard game mode. Mobile can do that as well, of course, it’s just also suited to quicker play.

Fortnite Battle Royale’s iOS version is still set to see a lot of tweaking and tuning before wider release, for which we still don’t have a final release window. And while I wouldn’t expect to see Epic make any new permanent additions to its game modes, this one is the best candidate yet for doing so, particularly if the mobile player base grows as quickly as I expect it to. Oddly enough, getting shot all the time actually makes the whole thing much less stressful.

A perfectly fun game that gives me exactly what I want from a 15-minute game. Could Epic Games be the last one standing in the in the battle royale game standoff?