Square Enix seems quite insistent that Kingdom Hearts III is actually coming out in 2018, but I’ve been burned before. Over the weekend, the latest Kingdom Hearts III trailer debuted in front of a full house at the D23 Expo in Japan. And it revealed the franchise’s second stab at a Pixar world: Monsters Inc.

Let’s take a look at it one more time and then let’s see what we’ve all learned.

In the first two Kingdom Hearts games, players were restricted to playing with Sora and two pals. Most often, they were Donald and Goofy, but when players would reach another world, they would often get to sub in a classic Disney character. (And occasionally, a Final Fantasy character.) That looks to have changed for Kingdom Hearts III in a big way.

At last year’s D23 Expo we were shown the new Toy Story world where in addition to Donald and Goody we saw Buzz and Woody jumping in to join the party. We could have played it off as a one-time thing but in this new trailer in the Monsters Inc. world, we see Sora, Donald, and Goofy fight alongside Mike and Sulley.  The Tangled world will throw in Rapunzel and Flynn. And one can assume that the Big Hero 6 world will introduce Hiro and Baymax.

This will make party management a little more intense, with players needing to allocate potions and equipment for their guest characters, as well as regulars Donald and Goofy. It also leads to some new possibilities for multi-character Limit Commands.

The most exciting thing to come out of this concept is that it opens up the final battle with Xehanort to be an all-out brawl between Sora, Donald, Goofy, Riku, and either King Mickey or Kairi. This has the potential to be a lot of fun. 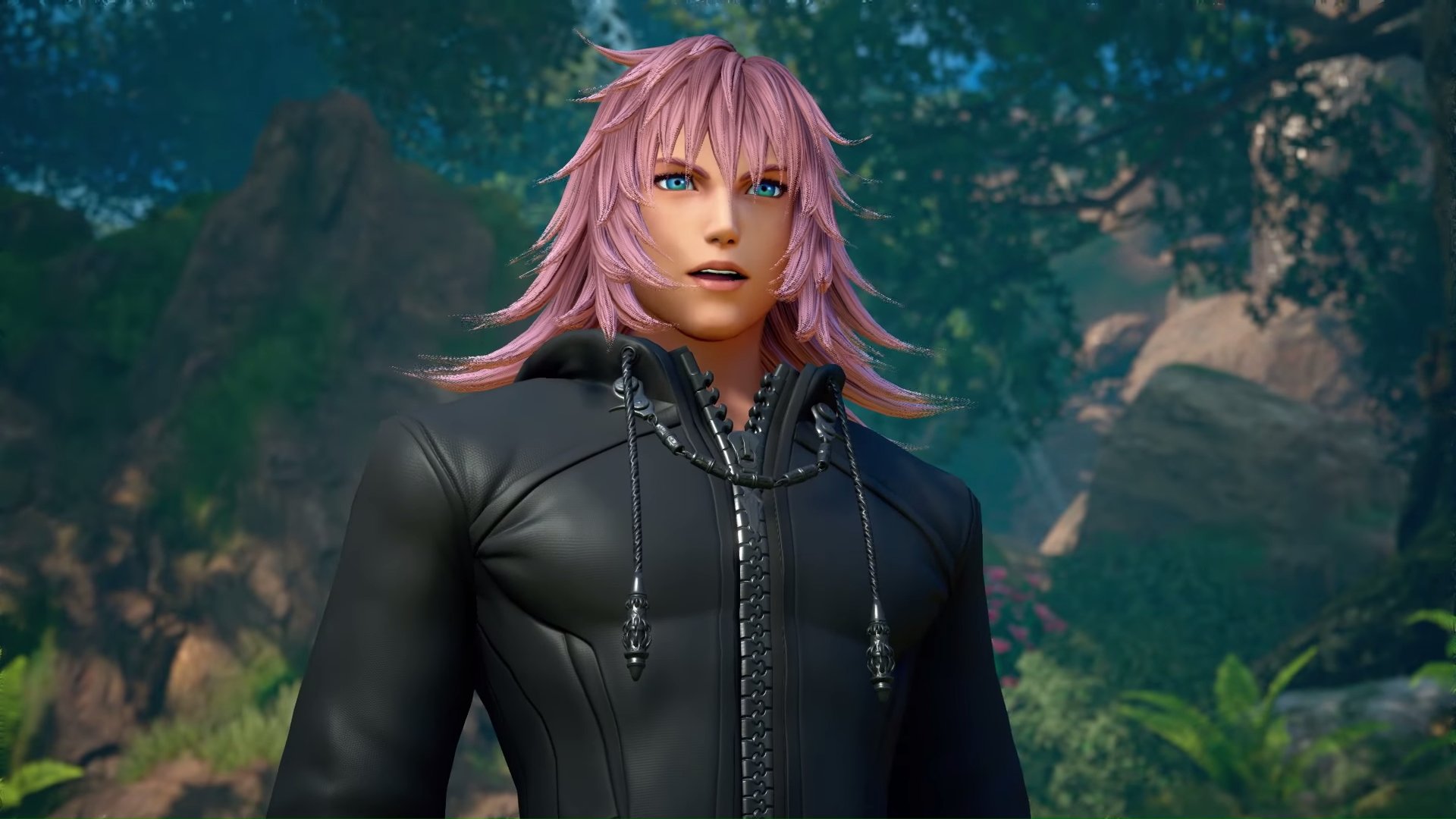 Is everybody from Organization XIII coming back? The trailer begins with Sora and friends confronting Marluxia, who long-time fans will recognize as the main antagonist from Kingdom Hearts: Chain of Memories, which released on the Game Boy Advance over a decade ago. Marluxia strayed from the main Organization mission and went off on his own agenda, but ultimately met his end against Sora.

Apparently, he got better. He’s not the only one. Add him to the list of resurrected baddies, along with Xemnas and Xigbar. There’s also Axel, who came back to fight along with the good guys. Or is he Lea? Yeah, going down this rabbit hole can lead to a lot of confusion and this plot’s already getting pretty muddy as it is, so let’s leave the who’s who for later.

Anyhow, Sora and company have no memory of Marluxia, which makes sense because Castle Oblivion (the setting for Chain of Memories) was all about messing with everyone’s memories. There’s nothing else said beyond that, but this scene does raise the question of whether Organization XIII is fully reformed and back at full strength. It also raises the question of whether Marluxia is still operating with his own end goals in mind. If so, the plot may be on the verge of taking yet another turn.

3. They’ve Upped Up The Ante For Boss Battles

The first clue that Kingdom Hearts III boss battles would look slightly different from KH1 and KH2 came during the D23 Expo 2015. Have I mentioned that this game has been in development for a while?

In 2015, it was revealed that the Big Hero 6 stage’s big boss battle would see Sora take the fight to the air, with players navigating Baymax against a darker version of himself. The airborne boss battle seemed unlike a lot of other Kingdom Hearts boss battles to this point and now it looks like that won’t be the only unique encounter coming to KH3.

The Toy Story battle looks to be an intense fight against a giant Heartless space vessel, atop a giant toy landscape. The idea looks to be to avoid incoming toys until Sora can get a clear shot. One way is to use a new Rocket Ruckus Limit command, which has Sora, Buzz, and Woody strap onto a rocket and fly through the air, avoiding obstacles, until they can send it straight at the boss. The boss battle also has players putting their platforming skills to the test, as Sora bounces off floating toys to best get into attack position.

The Kingdom Hearts series has had a handful of moments where it would approach boss battles in a different way. The best example is the final batch of Organization XIII fights in KH2. But it looks like KH3 isn’t afraid to get experimental with boss fights and that will certainly be a major plus for the game. 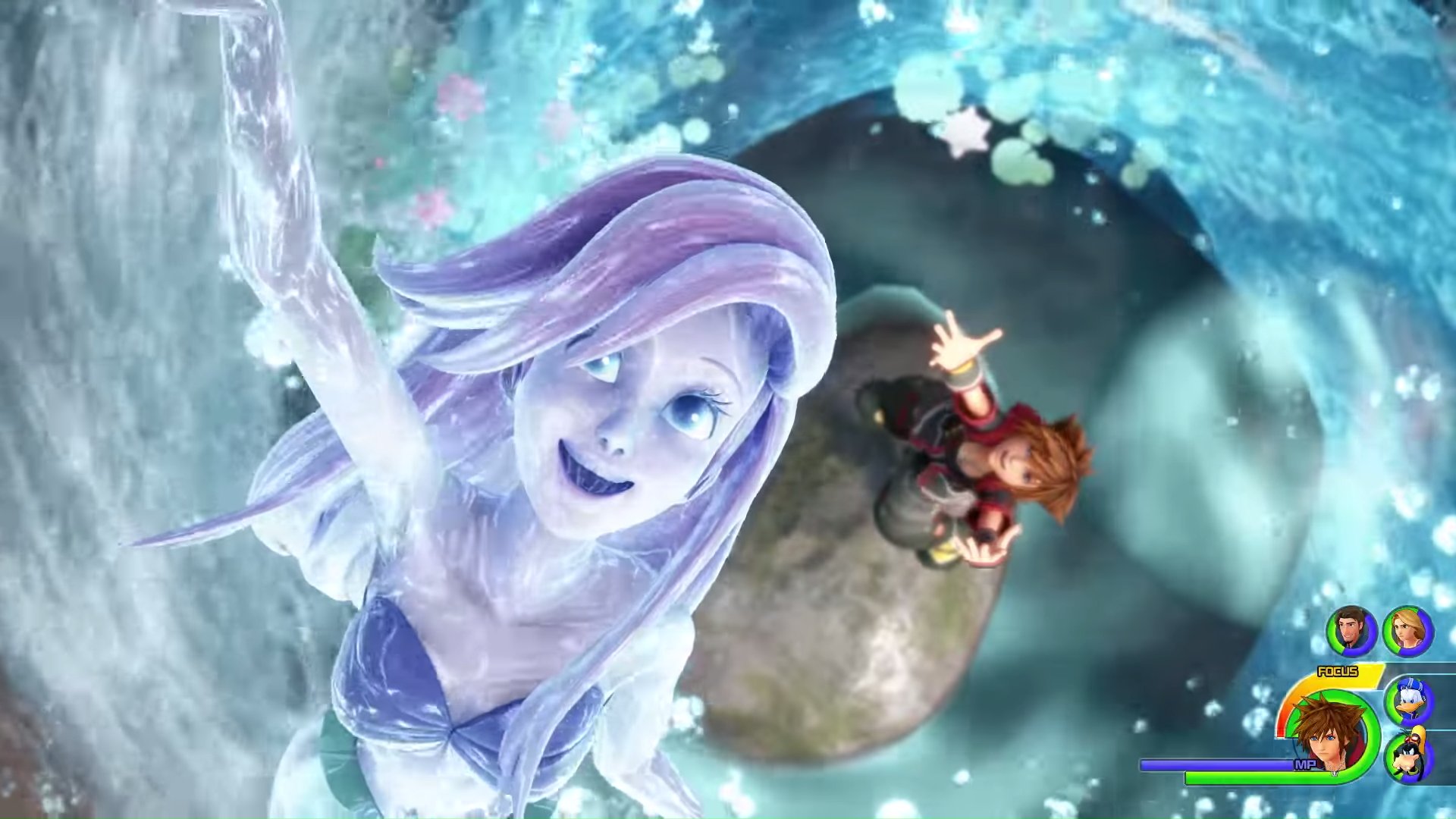 At the 2:15 mark the game was still set in the Tangled world, as evidenced by the Rapunzel and Flynn icons on the bottom-right corner. But here was Sora using what appeared to be one of his new Summon spells.

This summon saw him calling forth an old friend, Ariel from The Little Mermaid. She would appear in a water form, creating a whirlpool before taking to the skies to bring waves crashing down on Sora‘s foes.

There has been little to no information about Summons in Kingdom Hearts 3 and this looks to be one of the first ones revealed. It also seems to indicate that Sora‘s time in Atlantica is at an end thank goodness the previous was hard to swim around in. Not to mention the bizarre rhythm game in the second Kingdom Hearts. With Ariel making the jump to Summon, it’s doubtful that Kingdom Hearts III will be going back under the sea. 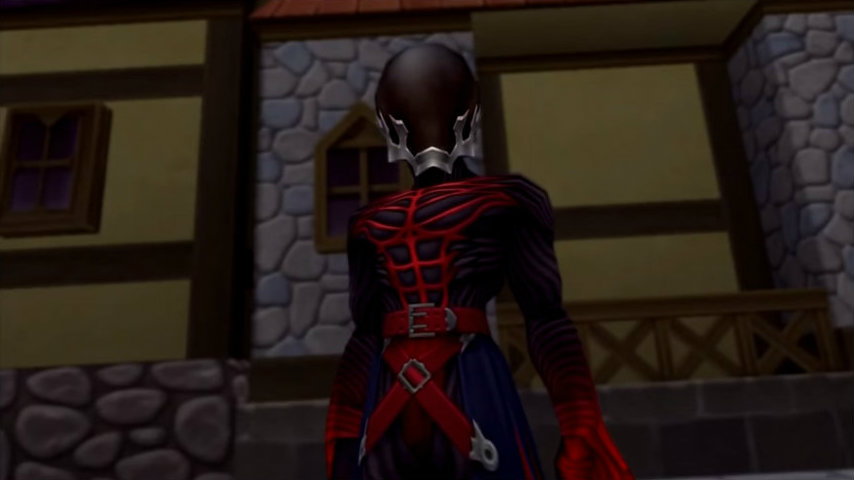 I guess I really shouldn’t be surprised anymore on the return of any of Organization XIII‘s members coming back from the dead. And if that’s the case why wouldn’t Vanitas be back too? We last saw Vanitas in Kingdom Hearts: Birth By Sleep. He was originally created by Xehanort out of the darkness in Ventus‘ heart, the good having gone into Sora. He’s also the source of the Unversed, the main enemies in Birth By Sleep.

He was previously seen in a mental battle with Ventus, where Ventus vanquished him at the expense of his heart. He hasn’t been seen since, except for one scene in Kingdom Hearts 3D: Dream Drop Distance, where he popped up during one of Sora‘s face-to-face encounters with Young Xehanort.

Like various members of Organization XII, Vanitas was dead, but he also appears to have gotten better. And here, he confronts Sora in the Monsters Inc. world. Looking to merge with the Ventus piece in Sora in order for Vanitas to reach his maximum power.

“I need the half of me that sleeps on inside of your heart,” – Vanita

It looks like Vanitas still needs Ventus‘ heart, so that he can forge the legendary x-blade for his master, Xehanort. And he’s finally figured out that Ventus‘ heart resides within Sora. That’s going to be bad news for Sora because Vanitas proved to be one of the toughest battles in Kingdom Hearts history. I doubt he’ll be any easier to deal with here.