What We Learned From Re-Watching Star Wars: Rogue One

The Last Jedi is out! If you’ve seen it or are planning to see it soon you’re probably in quite the state of Star Wars mania. Our solution for that? Re-watch Star Wars: Rouge One. Spoilers if you haven’t watched it before.

It’s been one successful orbit around the Sun since Rogue One: A Star Wars Story launched. Public opinion has been segregated but the good news is that Rogue One is still a good watch the second time around. From hidden complexities to interesting symbolism, there are new things you might notice watching Rogue One for the second time. 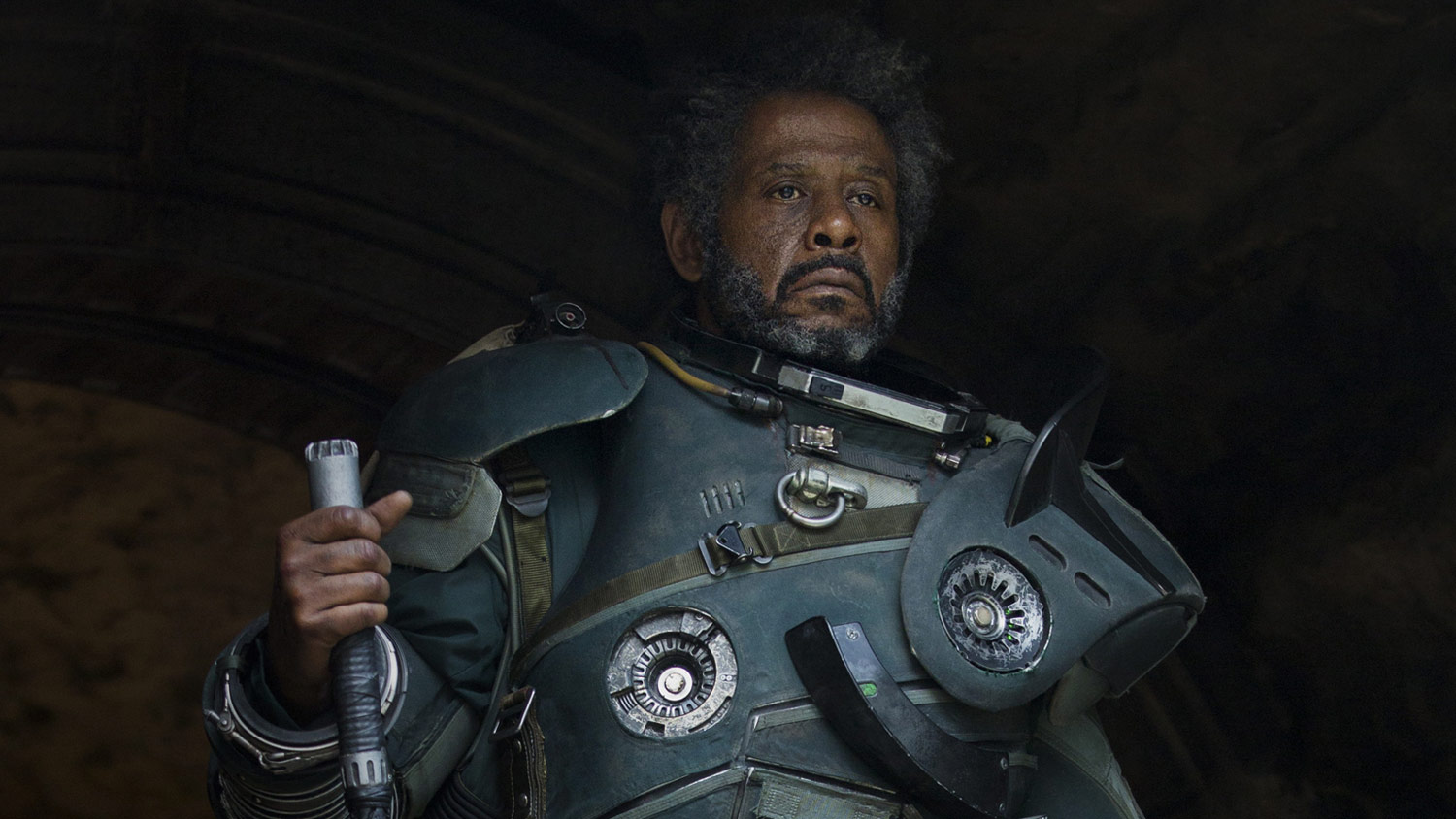 If there’s one thing Rogue One has been criticized for, it’s characterization. The truth is, the characterization in Rogue One isn’t wholly bad – rather, it is uneven and certain characters are served very well, while others really aren’t. One such being Forest Whittaker who was just terrible in this movie. The enormously annoying high-pitched voice Whittaker puts on makes you wonder if that mask the character keeps using really is an oxygen mask or if it’s actually helium. Luckily Saw Gerrera isn’t in the film much but still, he is incredibly distracting and on a repeat viewing, when the character is blown up by the Death Star, it’s a huge relief.

Our gift for enduring Episode 3: Revenge of the Sith is Vader violently slaughtering his way through every Rebel in his way with his lightsabre in the most violent Star Wars scene ever. In both this scene and the earlier conversation with Director Krennic, they’ve finally made Darth Vader scary again. Watching Rogue One again if just to relive this scene.

Director Krennic Is A Better Villain Than You Thought

Director Krennic mainly seemed to be either criticized or forgotten in many reviews. In terms of villains, this is Vader‘s film without a doubt and most were either focusing on him or on the creepy CGI Grand Moff Tarkin. However, the second time around, Director Krennic comes across a lot better as a villain.

What’s refreshing about him is that he’s a human being. There’s no dodgy CGI, there’s no beam in the sky, there’s no maniacal laughter. It’s just a corrupt politician trying to rise up through the ranks and impress his superiors. There being a realistic villain lends a real humanism to the film and adds to the film’s tone as a gritty war film instead of an explosive sci-fi film with clear-cut good and evil characters. Sure, he’s far from perfect, but Director Orson Krennic isn’t as boring as he seemed the first time around.

Rogue One Is Definitely A War Movie

Rogue One is not a science-fiction film, it’s a war movie that simply happens to take place in the Star Wars universe. On a second viewing that becomes even more apparent. There is a major lack of fantasy in this film and it’s mainly based on combat, military secrets, and warfare. Which is not a bad thing. The ending, in which everybody dies, can be compared to the ending of many war films where the characters sacrifice themselves for their military cause and the film is ultimately an emotional tribute to their heroism.

Jyn Erso Is A Terrible Protagonist

From the very outset, Jyn is nothing more than a blatant copy of Rey, only with none of Rey‘s likability and personality. She is just the typical tough woman stereotype that fills today’s action films, and with her just acting like a stroppy teenager throughout, the character is a tragic waste of Felicity Jones‘ talents. There simply is no development to her at all and her only 2 emotions are being sad or being annoyed by something. The film jumps from her as a child watching her mother being murdered to her as an adult in a prison camp with no explanation of what happened to her in the years between.

Not as lighthearted as its predecessors Rogue One differentiates itself with its darker storytelling. The movie is relatively light in action until the final third is consistently downcast in tone and has an ending, in which everyone dies. Overall it’s not a particularly fun blockbuster. But that’s what makes Rogue One so special. The dark tone, slow pacing and numerous emotional moments make it a considerably more risky blockbuster than many give it credit for.

In the end, Rogue One is a bittersweet story about a crew of likable rebels who give their lives for their cause. The end is tragic, but it’s also uplifting as audiences know the positive consequences of the rebels’ actions. It shows the darker side of Star Wars but also shows how hope exists even in such dark times. Perhaps most notably of all, knowing the sacrifice that happened to get the plans, one will never watch A New Hope the same way again.

On the whole, after a second viewing, Rogue One is still a thought-provoking, thrilling and daring new chapter in the franchise and despite its flaws, it uses the Star Wars mythology to tell a human and poignant story of oppression, hope, and sacrifice in a truly impressive way. If you haven’t read it yet here’s our 10 Star Wars: Rogue One Easter Eggs you may have missed.