Nintendo Switch Exclusives Coming To Us In 2018

If you’re thinking about getting a Nintendo Switch you should get it. Not only to play the epically amazing  This year has been one of Legend of Zelda: Breath of the Wild, that was named this year’s Game of the Year at The Game Awards. But also other amazing exclusives such as Super Mario Odyssey, Splatoon 2 and basically a huge amount of games in the last 9 months since its released.

If you’re looking to see whether the investment for the Switch is worth it continuing into 2018, we’re here to tell you that it is. Here’s a list of some of the games coming up next year you’re going to need a Switch for.

There’s not much that we know about the currently untitled Yoshi game except that it will be some adorable egg throwing fun! From the video, we can see that the platformer will be heading along the same art direction vein as Paper Mario. But with a more cardboard feel to it. Nintendo has mentioned that it will be introducing a multiplayer component so you can battle through every world in local co-op (yay).

Another on the Nintendo Switch exclusive roster is Kirby! Players take the role of Kirby with the ability to throw stars at enemies to essentially turn them into Kirby’s allies. On top of that, you can join with up to three friends for a different kind of team-up action!. Outside of that, you can still expect the same traditional move set from past Kirby titles such as inhale, star spit, slide attack, and all that jazz. Expected release is in Q1 2018.

Nintendo said at The Game Awards that Platinum Games is developing Bayonetta 3 exclusively for the Switch. The teaser indicates Bayonetta 3 could take place before Bayonetta 2. For those of you that aren’t familiar with the sexy witch Bayonetta, she possesses magical attacks as well as using her signature hair to summon demons to dispatch her foes. Bayonetta 1 and 2 will be released in February but no news on the release date for Bayonetta 3. 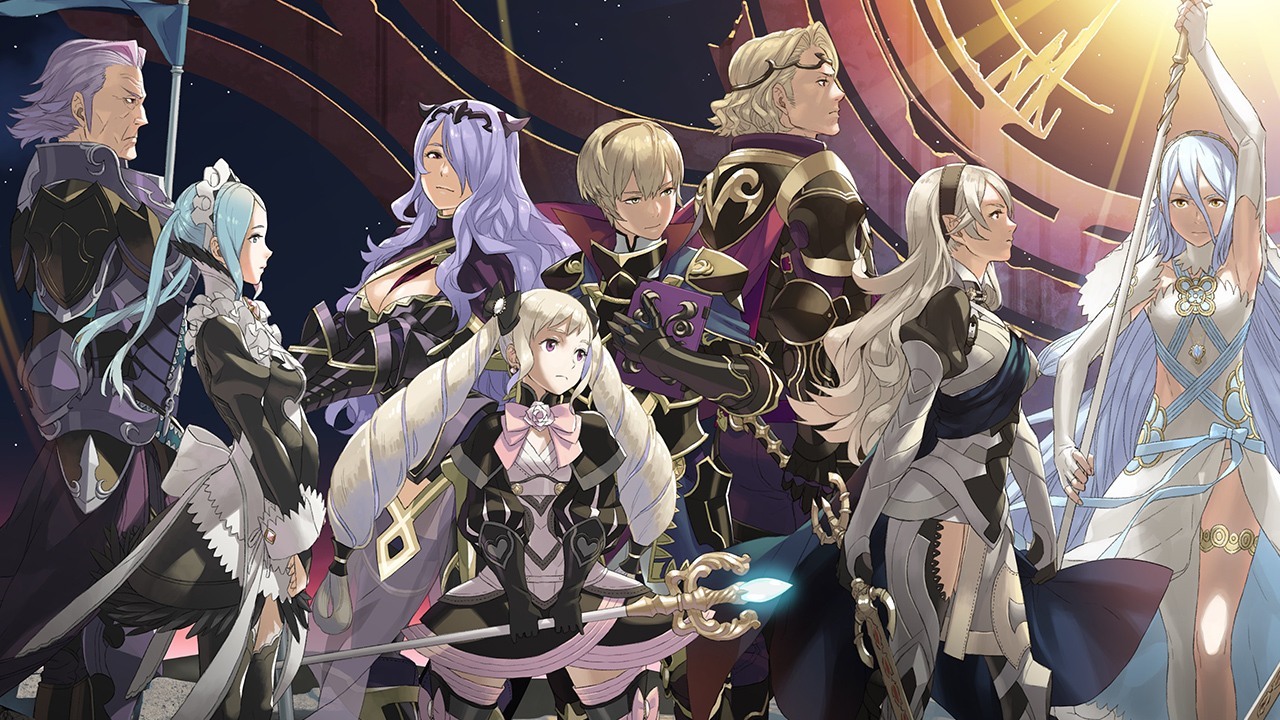 It should come as no surprise that Nintendo is being fairly tight-lipped about their Fire Emblem series. This entry will mark the series first return to home systems since 2008’s Fire Emblem: Radiant Dawn on Wii. Unfortunately, outside of knowing that this will be the sixteenth Fire Emblem video game to launch, no information has been revealed so far. For now, we’ll have to wait and see just what the developers have planned.

It’s hard to believe that the first Metroid Prime launched for Nintendo Gamecube way back in November 2002. I’m looking forward to Samus Aran and her strange yet wonderful world in a way that leaves a substantial impact. We’d love to see the fourth installment present a world that is even bigger. A setting filled with enemies, puzzles and secrets to discover would work perfectly on Nintendo Switch, lending each session a sense of rewarding progression.

Project Octopath Traveler is an upcoming RPG title by developers Square Enix and Acquire. The video game will be a 2D 16-bit style RPG where players will control a part of eight different characters, all of which will have a role to play and a reason for their journey. This upcoming title will retain the classic turn-based battle system with an added ability of a Boost system. The boost system will allow players to attack an enemy multiple times during a turn if enough Boost Points are acquired.

A magical realist adventure game by Cardboard Computer about a secret highway in the caves beneath Kentucky. An antique furniture delivery man trying to make his small shop’s last delivery gets lost along the way and meets a haunted TV repairwoman, a young boy and his giant eagle brother, a pair of robot musicians, and dozens of other characters. Together, they explore the nocturnal highways and country roads of Kentucky, the storied Echo River by ferry, and the mysterious Route Zero, the secret highway that runs through Mammoth Cave. Expected release is in Q1 2018.