Capcom has confirmed that they are developing Mega Man 11 for the PlayStation 4, PC, Xbox One, and Nintendo Switch. The game is expected to be released in “late 2018.” Check out the game’s debut trailer.

Mega Man 11 will be the first new entry in the main Mega Man series since 2010’s Mega Man 10. As you may remember, that game was an 8-bit inspired follow-up to the retro Mega Man games. It didn’t receive quite as warm of a reception as the similarly retro Mega Man 9, but it was still seen as a return to form for the aging franchise.

Since then, we haven’t heard anything about a new Mega Man game. In fact, the closest that we’ve come to such an announcement was the Kickstarter project, Mighty No. 9. That game was intended to be a spiritual successor to classic Mega Man games, but it failed to really replicate those games’ classic mechanics and smooth visuals.

Mega Man 11 seems to combine retro game design and slightly modern looks. It adopts a kind of cel-shaded visual style similar to what we saw in Mighty No. 9, but it’s already clear that the game runs far smoother than that much-maligned project. It also does a better job of upgrading the spirit of the old Mega Man titles in terms of their aesthetics. 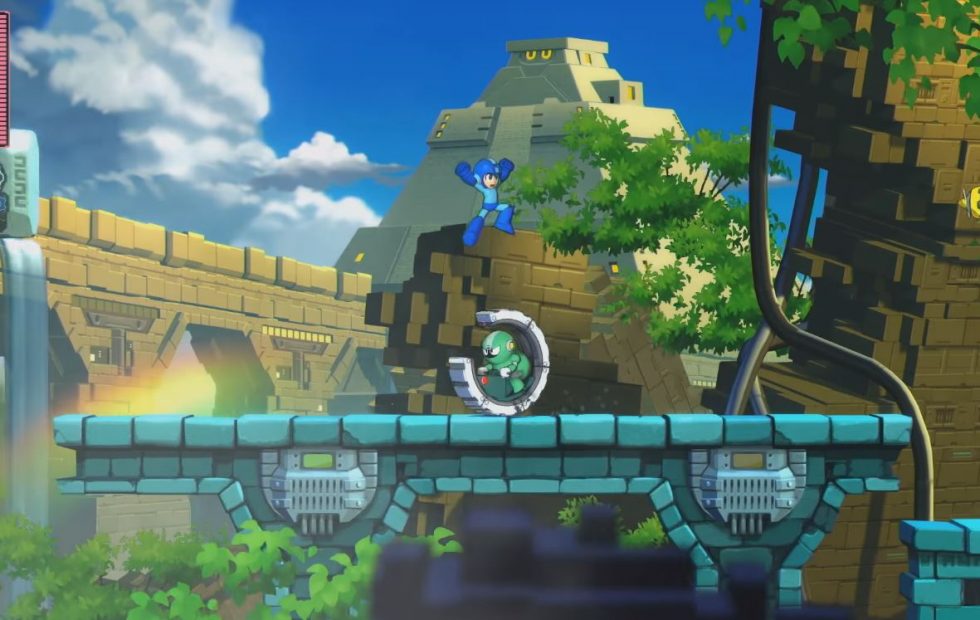 So far as Mega Man 11‘s gameplay goes, Capcom indicated that they are aiming to recreate the classic gameplay of Mega Man titles gone by. While that certainly speaks to the basic gameplay of the series – run, jump, beat bosses, and upgrade your weapons – some fans no doubt hope that it also means the return of Mega Man‘s punishing style of gameplay.

Unfortunately, additional details regarding this much-anticipated return do elude us at this time. We hope to learn much more about Mega Man 11 in the near future.