These titles are remakes of Sun and Moon which released just last year and as such, the games are largely similar. We’re not going to rehash everything about the originals instead, we shall be reviewing what’s changed and what was added in Pokémon Ultra Sun and Ultra Moon.

Pokémon Ultra Sun and Ultra Moon aren’t trying to reinvent the wheel here. Rather, they amplify everything that’s great about this generation and culminate in what may well be one of the most engaging Pokémon games. There are a few contributing factors at play, the biggest of all being the subtle changes made to the main game and the new features that breathe renewed life into the experience.

A lot of things were tweaked since Sun and Moon, and even the most minute changes go a long way towards improving the games. For instance, the pacing has shifted, especially in the beginning. Not only do you receive your Starter Pokémon far earlier, but many story segments have also been given a new coat of paint.

The story itself is familiar, but ultimately not the same. There’s a new organization of sorts in the mix called the Ultra Recon Squad, and a new threat to go with them. As such, there are a lot of changes to how things play out in the end. In addition to the story changes, the overarching tone has visibly shifted. While kids will see a friendly adventure on an admittedly epic scale, those of us with a better understanding of language will notice some surprisingly dark undertones sprinkled everywhere.

On top of that, the different teams and organizations found in Alola often come across as morally ambiguous. Your perception of the bad guy will shift a few times as the story progresses towards its climax. All in all, it has the effect of making it feel like the plot unfolds strangely realistically, given the setting. 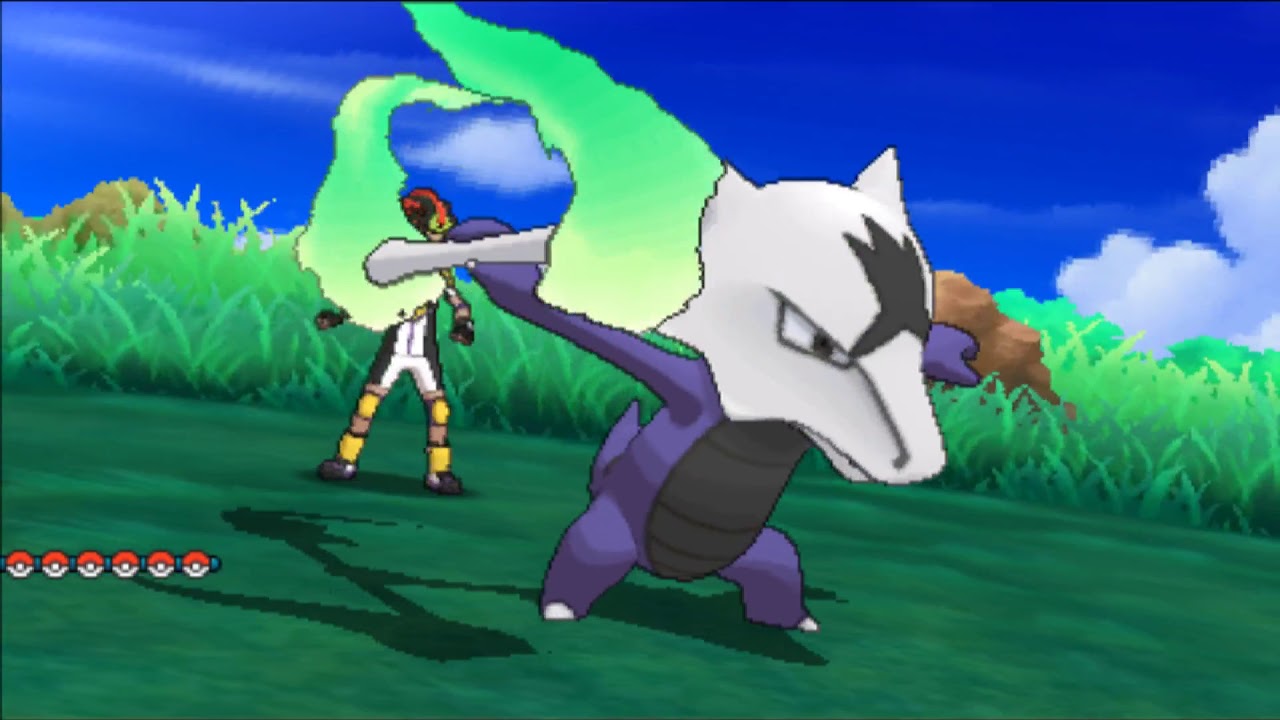 The island challenge, while similar, has seen several tweaks. For instance, there were seven proper Trials before, but now there are eight to overcome. On top of that, half of the trials have completely different Totem Pokémon than before, offering a surprising challenge. It’s clear that the game’s difficulty has been revamped to offer players a rewarding experience.

There are a few other things have changed too, such as new Legendary and Ultra Beast locations, a revamped Rotom Dex, and the removal of Zygarde Cells. However, these changes are better explained by detailing the new features that affect them.

Alongside the expected handful of new Ultra Beasts and Pokémon Forms, there are a plethora of great new features absolutely packed into Ultra Sun and Ultra Moon. 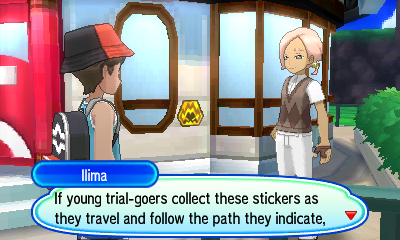 Totem Stickers replace the Zygarde Cells that plague the original games. Collecting the Totem Stickers offers, a far better reward than the Zygard Cells do. Instead of gradually building up only one Pokémon to full power with Zygarde Cells, you earn up to six Totem Pokémon by reaching certain milestones in your Sticker collection.

Mantine Surf is a new minigame that allows you to surf between Alola‘s islands on the back of a Mantine. It’s a neat new way to travel from island to island and even nets you BP for scoring well on tricks.

The Rotom Dex has also received a sizable upgrade. In the originals, Rotom Dex was nothing but a navigational tool for me that occasionally commented on events. Now, Rotom Dex is your friend; literally. Throughout your adventure, Rotom Dex will ask you questions and break the ice so you get to know each other. If you show them attention back, they become friendlier and friendlier with you until you eventually unlock the RotoLoto. 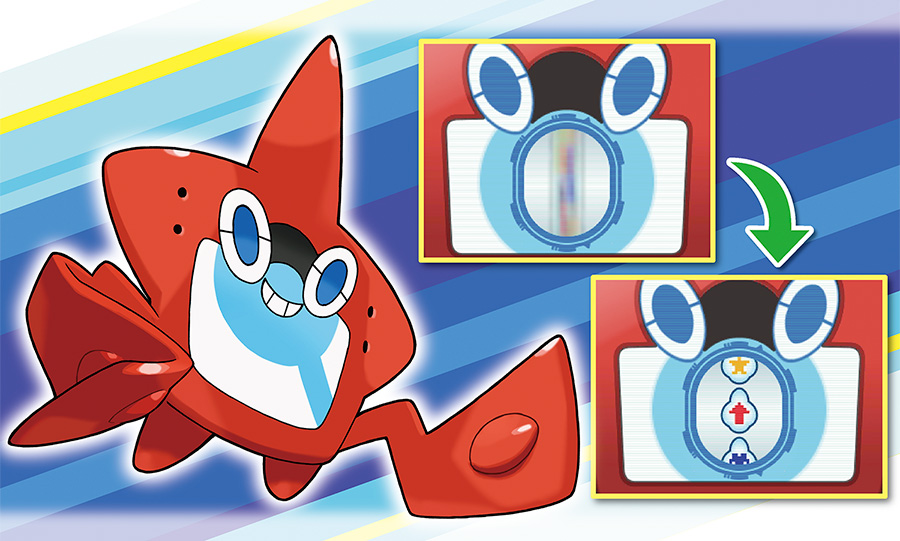 The RotoLoto is a lottery that rewards you with various buffs for being friendly with your Rotom Dex. You could get a buff that boosts all of your Pokémon‘s stats or something that helps you gain experience faster from battles. Some buffs will even help you hatch eggs or befriend Pokémon quicker. There are a ton of RotoLoto powers, and every single one of them is worth the effort. 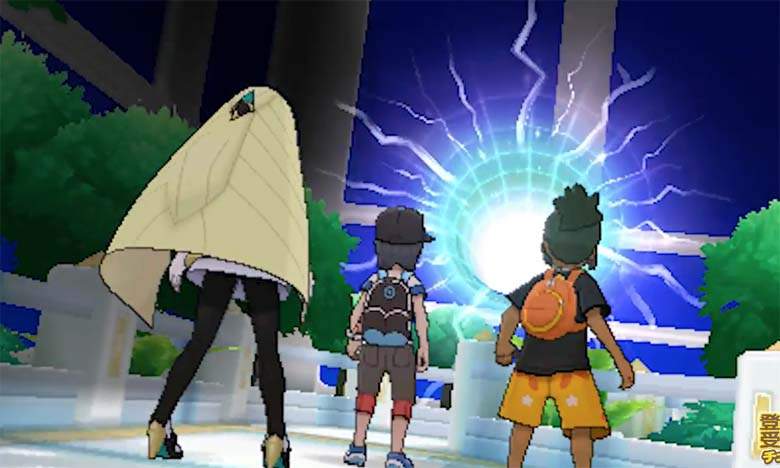 Ultra Wormholes are a great new way to encounter and capture Legendaries and Ultra Beasts. Riding into Ultra Space will take you into many new dimensions, and a few of them even have interesting environments that add just a little more depth to the lore of the games. Even if you don’t encounter Legendaries and Ultra Beasts beyond the Ultra Wormholes, you are bound to find something special out there.

The new installments are host to even more post-game content than the originals had. Appearing alongside the Battle Tree is the new Battle Agency a place where you fight trainers with rental Pokémon for BP. There’s even a post-game segment where you fight off a new evil team threatening Alola.

If you’ve never played a Pokémon game before, this is a great place to start. If you’re an old player thinking about returning for this generation, you won’t regret making this mid-generation remake the first title you pick up. If you’re a long-time fan on the fence about it since the originals came out only a year ago, this installment is worth double-dipping for. Basically, it’s a good investment.

Pokemon Ultra Sun and Ultra Moon is available now for the Nintendo 3DS for RM 179 or SGD 47.90.