DC Characters The DCEU Should Introduce Next

Justice League is out this week and the DCEU is about to expand in some significant ways. Although the franchise started out slowly with Superman in Man of Steel, it has rapidly introduced more classics faces, like Batman and Wonder Woman even the best of villains in Suicide Squad. The future looks bright and we’re looking forward to a wealth of DC characters who still need to get their moment on the silver screen.

So here we have our list of DC heroes and villains we want to eventually see in the DC Extended Universe. Let us know if you agree, disagree or have any characters of your own to add to the list!

Ever since Stephen Amell‘s Oliver Queen debuted on The CW, Green Arrow has experienced a resurgence in popularity even with mainstream audiences. Many fans have called for the uber-liberal vigilante to make his way to the silver screen, and there’s no better time than after the release of Justice League. Oliver Queen is a classic badass vigilante making him different from most other DC heroes (minus Batman). With his more grounded skill set, it could allow for some impressive action sequences that don’t require heavy CGI.

The core concept of Robin technically does already exist in the DCEU, but we have yet actually to see The Boy Wonder in action. We already know that Dick Grayson exists because of the upcoming Nightwing movie, and we also know that Harley Quinn murdered Jason Todd. This means that many other Robin personas like Tim Drake, Damian Wayne and Carrie Kelly are still very much on the table. If the cinematic DC universe stays true to the comics, then Batman will need a new sidekick as the DCEU continues to expand. A Robin keeps him level in a way that Nightwing, Alfred or Jim Gordon never could.

I have to say that Supergirl was not one of my favourite TV series but she’s been gaining a solid fan following over the course of her tenure in the comics, animated series and TV shows. It also feels particularly relevant from a thematic point of view, as Henry Cavill recently came out and explained that the Superman seen in Justice League would feel like the “true Superman.” With the Man of Steel finally coming into his own, giving him someone to look after such as his cousin Supergirl feels like a great continuation of that arc.

The timing seems perfect to go all in on a team-up adventure for DC‘s most beloved sidekicks. The Teen Titans have developed a significant fan following in the year since their first introduction on DC Comics, and shows like Young Justice have proven that even the youngest members of the DC superhero lore can tell mature stories with emotional stakes. Bringing a Teen Titans movie to the big screen opens up a whole new world of characters like Robin, Kid Flash, Speedy, Raven and Starfire (among others), and help open up the DCEU to a wave of younger fans who want to identify with their heroes.

The fact that Martian Manhunter is not already a founding member of the DCEU‘s Justice League team is a fact that has irked many longtime DC fans, notably longtime fans of classic DC animation. As the last surviving member of the Martian race, J’onn J’onzz struggles with many of the same issues that plague Superman on a day to day basis, but he is also forced to contend with the fact that he does not look like a human, and therefore must always hide. The Manhunter is one of the most powerful beings to ever serve as a member of the League, and his iconography alone (not to mention his insanely cool abilities like telepathy, shapeshifting and psychokinesis) would make him a welcome addition to the current canon of DCEU heroes.

We already know that Flashpoint is in development, and we also know that Billy Crudup’s Henry Allen is in prison during the events of Justice League. However, we have not received any confirmation that Reverse Flash will appear to spark the events of Flashpoint, which is what happened in the original story. The character has already attained a strong fanbase in the comics, as well as his various appearances in the Arrow-verse, and now the time has come for him to make his way to the big screen as well. After all, he’s arguably the most important Flash enemy of all time, and with characters like The Joker, Lex Luthor, and Ares already present in the DCEU, Barry Allen needs his arch nemesis.

Justice League made headlines when it was revealed that Darkseid had been cut from the theatrical version of the movie. As a result of this massive change, the Omega symbols are seen in the Knightmare sequence from Batman v Superman continued to go on with no explanation, and Steppenwolf stepped in as the main antagonist of the League‘s first team-up movie. Keeping Darkseid hidden on the sidelines is just fine and dandy, but eventually, the time will come in which the tyrannical rule of Apokolips will need to make his way to Earth. He’s undeniably one of the most intimidating bad guys in the entire DC canon, and the groundwork has already been laid for him to show up on the big screen. This needs to happen. 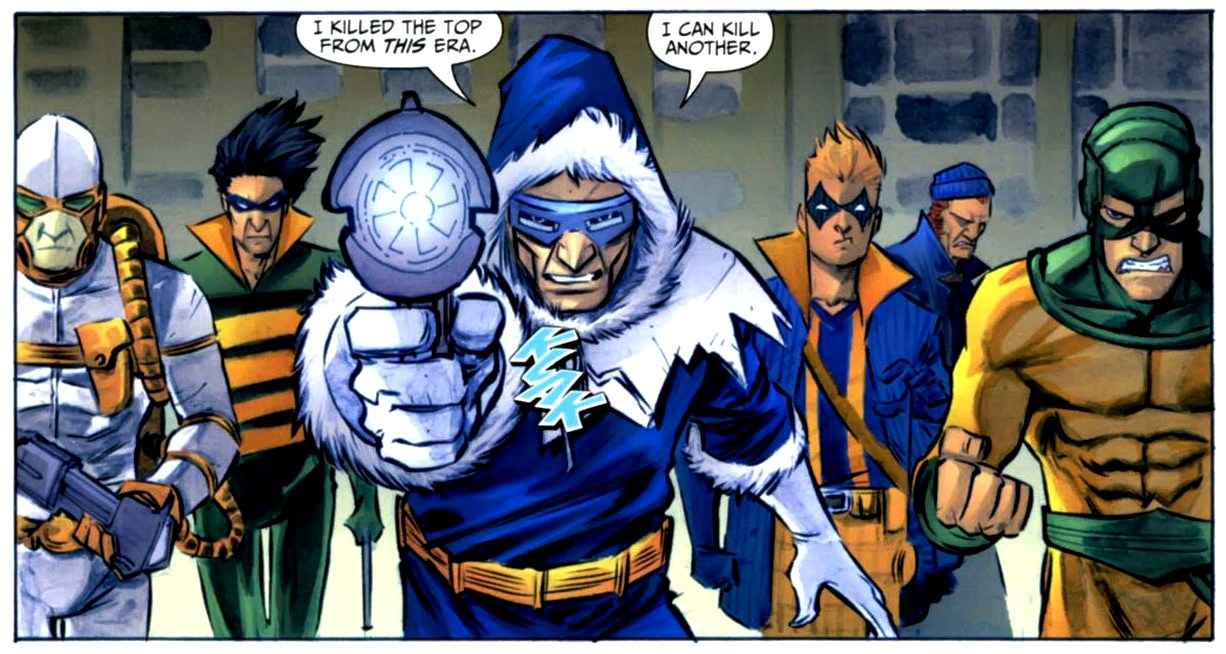 When Suicide Squad came out last summer, it laid the groundwork for some classic DC baddies to enter the fray. One such bad guy was Jai Courtney’s Boomerang, who represents the first piece of the puzzle in the journey to get The Rogues introduced on the silver screen. The Flash‘s dedicated group of baddies, The Rogues, are a bit more light-hearted than the more evil Legion of Doom, and they’re known for hatching schemes that tend to skew more into the realm of goofy than any crimes committed by The Joker. Ezra Miller has already won over a portion of the DC fanbase for his portrayal of a more lighthearted Flash, so introducing this equally fun ensemble (including guys like Captain Cold, Heat Wave and Mirror Master) could be a step forward.

The Court of Owls 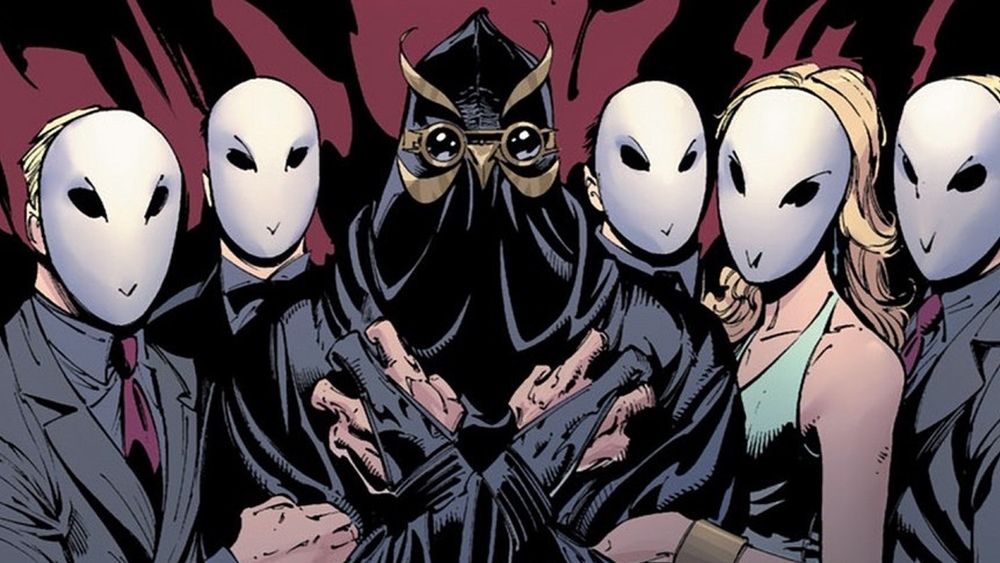 Just when we thought that the Batman mythos had peaked with its most refreshing and most unique villains, Scott Snyder came around in 2011 and gave us the Court of Owls. A secret, Illuminati-esque organization that has been running Gotham City for years, the Court uses genetically engineered soldiers called Talons to do its bidding, and it has arguably more influence than someone as powerful as Bruce Wayne. Although The Court of Owls has appeared on Gotham in recent years, it has never even been hinted at in a film setting. This means that The Court‘s best stories are up for grabs, offering a future Batman movie a bad guy, unlike anything the franchise has ever seen before. 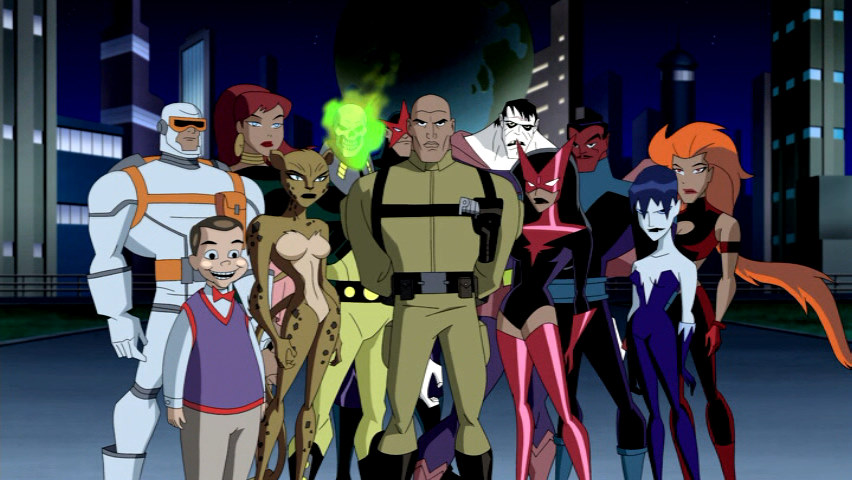 Why have just one villain when you can have them all, right? With Justice League marking the first-ever meeting of DC‘s most iconic heroes, it only makes sense for the villains of the DCEU to wise up and band together in their dastardly team. That’s where the Legion of Doom comes in. Assembled by Lex Luthor, the Legion is a 1:1 match for the Justice League, as villains from all over sign up for their various reasons — ranging from revenge to monetary gain to a desire to watch the world burn (I bet you can guess who that last one is). The Legion is almost as prominent as the League itself, and the group would fill the antagonist role in Justice League 2 nicely.