After years of waiting the DCEU finally assembles the Justice League. It did my nerdy heart good to see all my favourite cartoon and comic characters come together to fight. Each of the League has an infinite amount of arcs and background so there’s a fair amount of Easter Eggs to be spotted around the movie. Either as a fun tribute to us long-time fans or as possible future plot lines for other DC superhero films. So without further ado here’s our Top 10. Spoiler warning for those of you that haven’t watched the movie.

The Old Gods And The New

Thousands of years ago the races of mankind, Amazons and Atlanteans came together to defeat Steppenwolf’s conquer of Earth. In that epic battle, we see all three races fighting. Including a couple of gods and a Green Lantern (unknown origin)! Zeus is pretty easy to spot hurling his thunderbolts but if you don’t keep an eye out for it you’ll miss David Thwelis as Ares from Wonder Woman fighting alongside him. As well as another throwback to that movie, Robin Wright as the Amazon General Antiope.

“You Will Love Me”

So what this Justice League didn’t really do well is really focus on the villain and his backstory. Steppenwolf, as he mentions a number of times when he speaks about the world he’s conquering, is that the people of Earth will “love him”. This has undertones of Darkseid‘s MO, which is to discover the ‘Anti-Life Equation‘ – a formula that will allow him to control all living minds. It’s a God of Evil thing.

Steppenwolf can, in fact, be heard to call out to Darkseid in the movie as well. Ruler of Apokolips and self-described ‘God of Evil‘ he was initially rumoured as the villain of Justice League after his omega symbol was carved into the ground in Bruce Wayne‘s ‘Knightmare’ vision of the future in Batman v Superman. Perhaps DC didn’t want to compete with Infinity War with Marvel’s counterpart Thanos coming up in that.

One Mother Box For Men, Doomed To Die 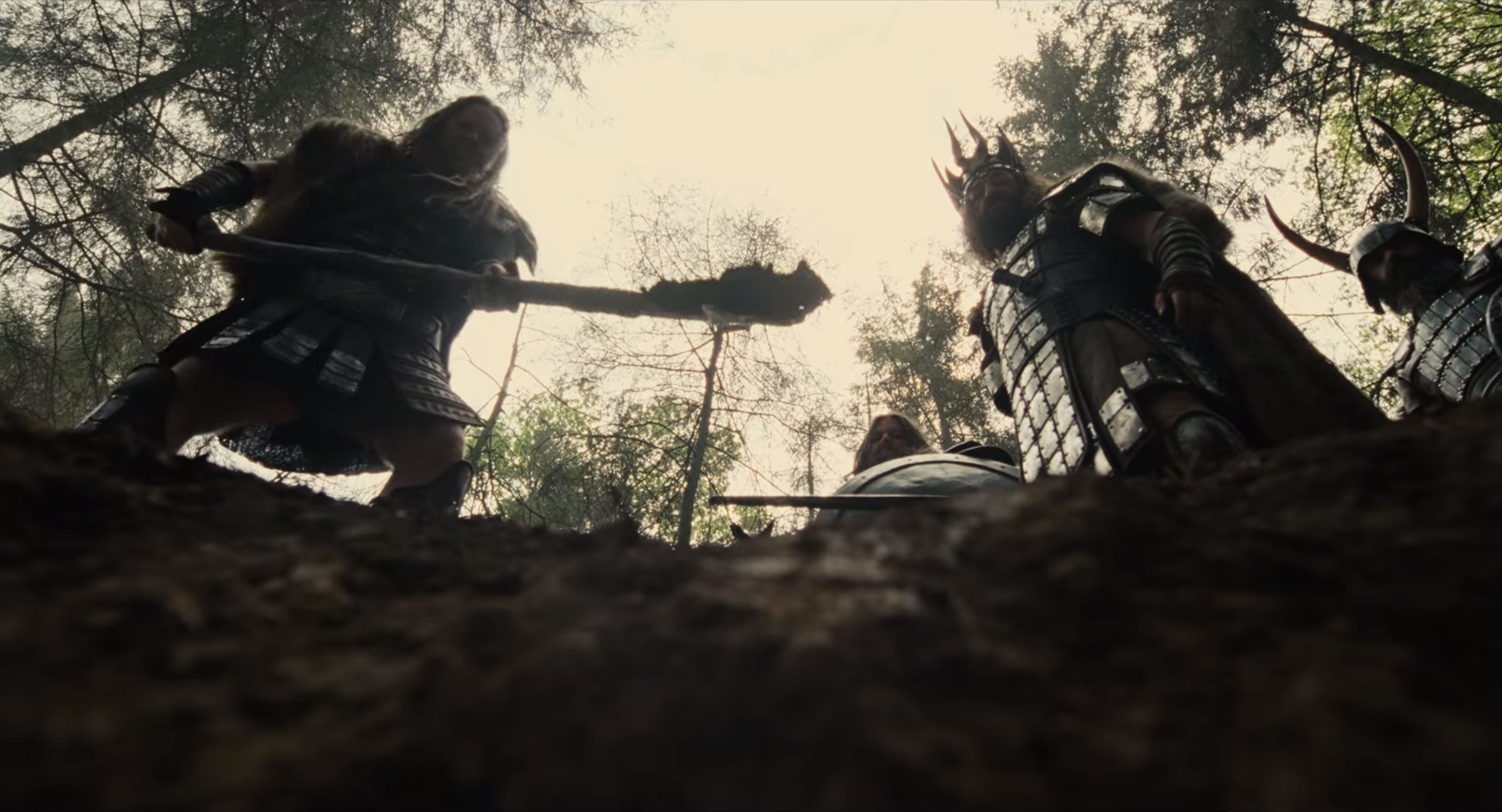 Much like Tolkien’s Lord of the Rings the entrusting of the Mother Boxes of power were divided among the races of Earth. The first to the Amazons and the second to the Atlanteans who put their boxes under deep guard. The third box was given to the race of man “who above all else, desire power”. Not trusting each other to use the box for themselves the race of man hide the box in a shallow grave. Was it just me? Did anybody realise how shallow that hole was? Dammit, race of men.

Well anyway in a quick glimpse in the film, it appears as though King Arthur and Sir Bors were responsible for hiding the Mother Box at one point. Arthur and Bors have played major roles in a number of DC Comics, including Demon Knights and Shining Knight.

How Did The Mother Box Turn Up At S.T.A.R Labs? 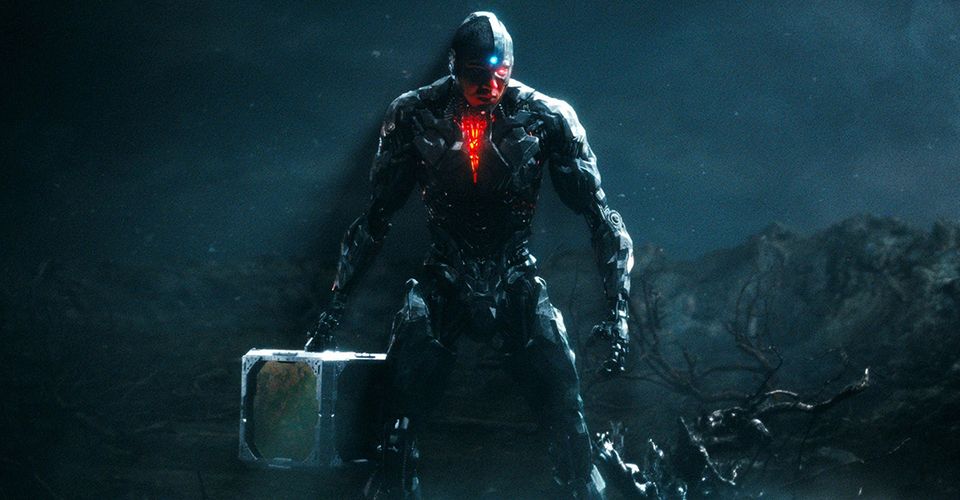 This is actually an Easter Egg from the Wonder Woman movie but got cut on the editing floor. It showcases Etta Candy organising Steve Trevor’s “Wonder Men” to take the Mother Box to the States during World War I. From there I guess that’s where S.T.A.R. Labs picked it up for Silas Stone to use it on his son Victor. We’ve got to wait for the Wonder Woman Blu-Ray version to check out that bonus scene. 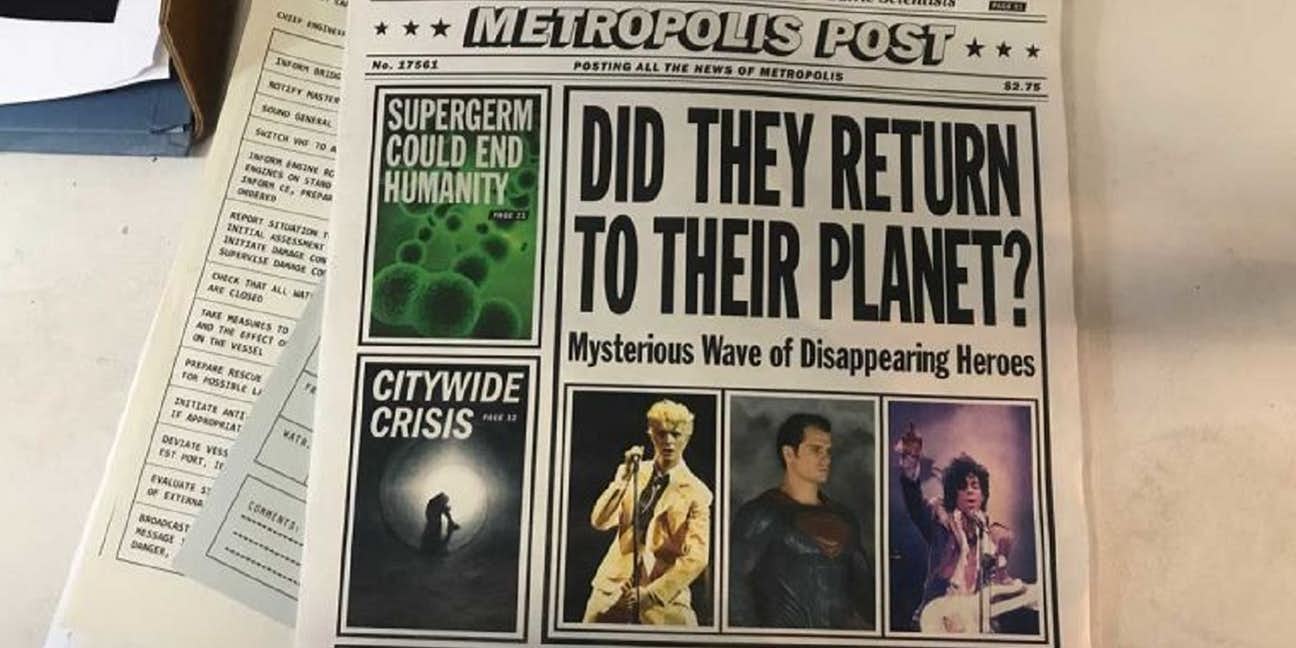 “Did they return to their planet?” pictures Superman next to David Bowie and Prince. A fitting tribute to these notable rockstars who passed away last year. Prince and Bowie have always been a little out there and I think it’s just that the DC Cinematic Universe have found a way to honour them in this little gag. Some may call it disrespectful but I’d like like to think of them still out there making music as a little Space Oddity. 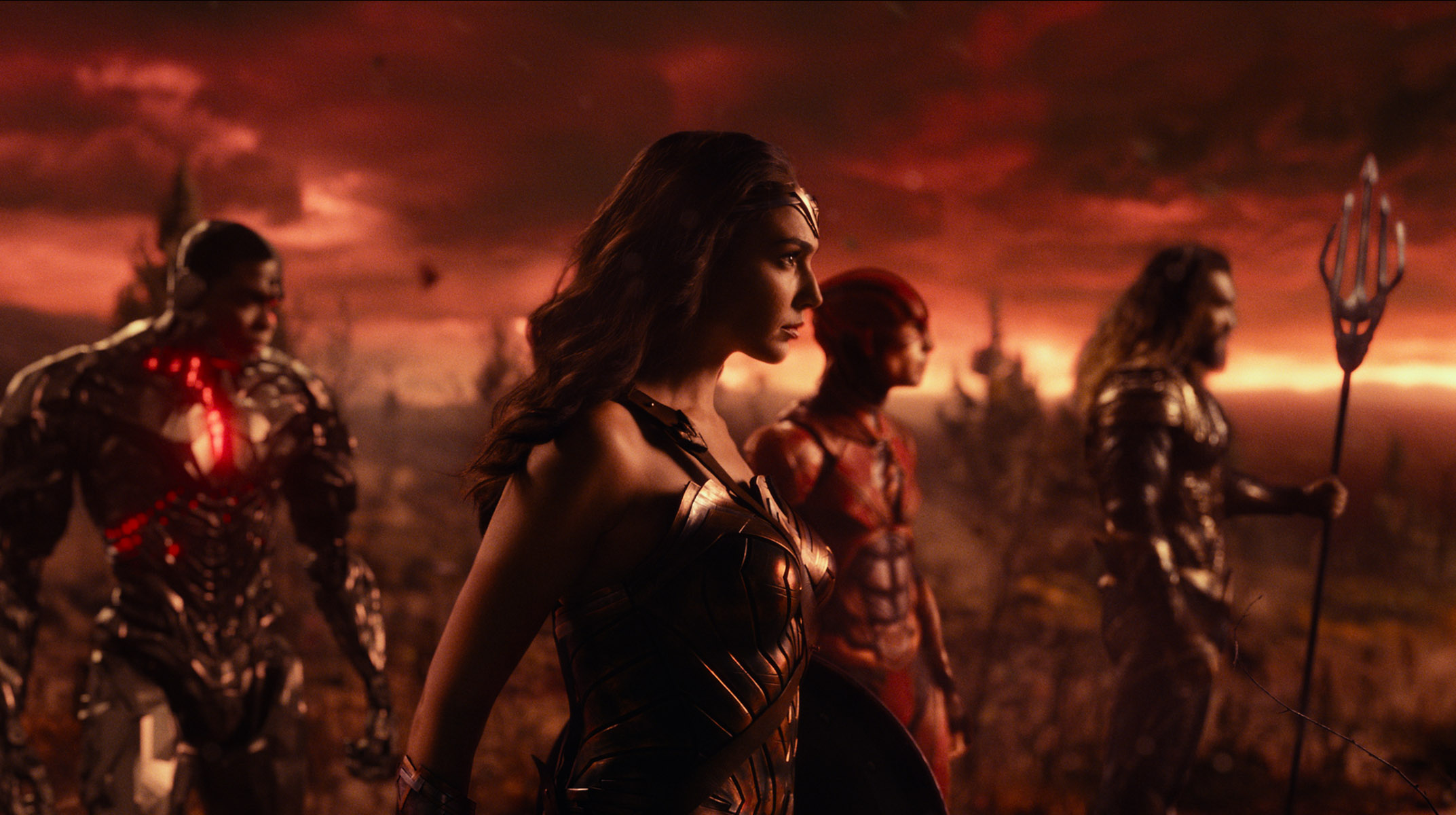 As a really cool piece of foreshadowing, all DC Comics titles in the months leading up to Crisis on Infinite Earths began to have red skies in them. No explanation, just suddenly everyone had red skies showing up, leaving the characters mystified. It was all explained once Crisis officially began, but it was nice to see them pay homage to the red sky history in Justice League.

Hints At The Black Mask 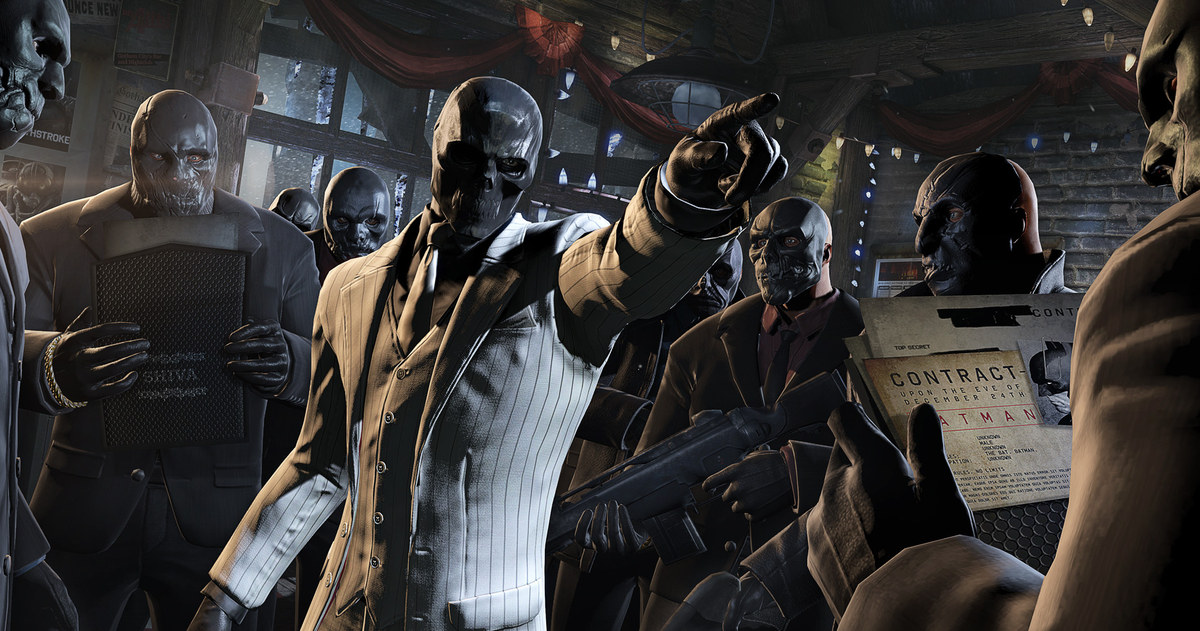 At the beginning when Batman is fishing for the Parademon we see a shot over Gotham city. With one of the bright blue signs featuring Janus. The name likely referring to Janus Cosmetics a company linked to the origin of the Batman villain the Black Mask. Since Black Mask is rumored to be the villain in David Ayer’s upcoming Gotham City Sirens film, that it is likely no coincidence that it got name-dropped.

In Batman v Superman I think there were a lot of complaints about the portrayal of Ben Affleck’s Batman. People didn’t really understand ‘Older Batman’, one that had been fighting crime by himself for years. In Justice League, there are some more discussions between Batman and Alfred over all the time that has passed and the villains that they’ve had to deal with. One of the references was to fighting exploding, wind-up penguins. You know, just like what Batman actually did in 1992’s Batman Returns, when facing off against the Penguin. 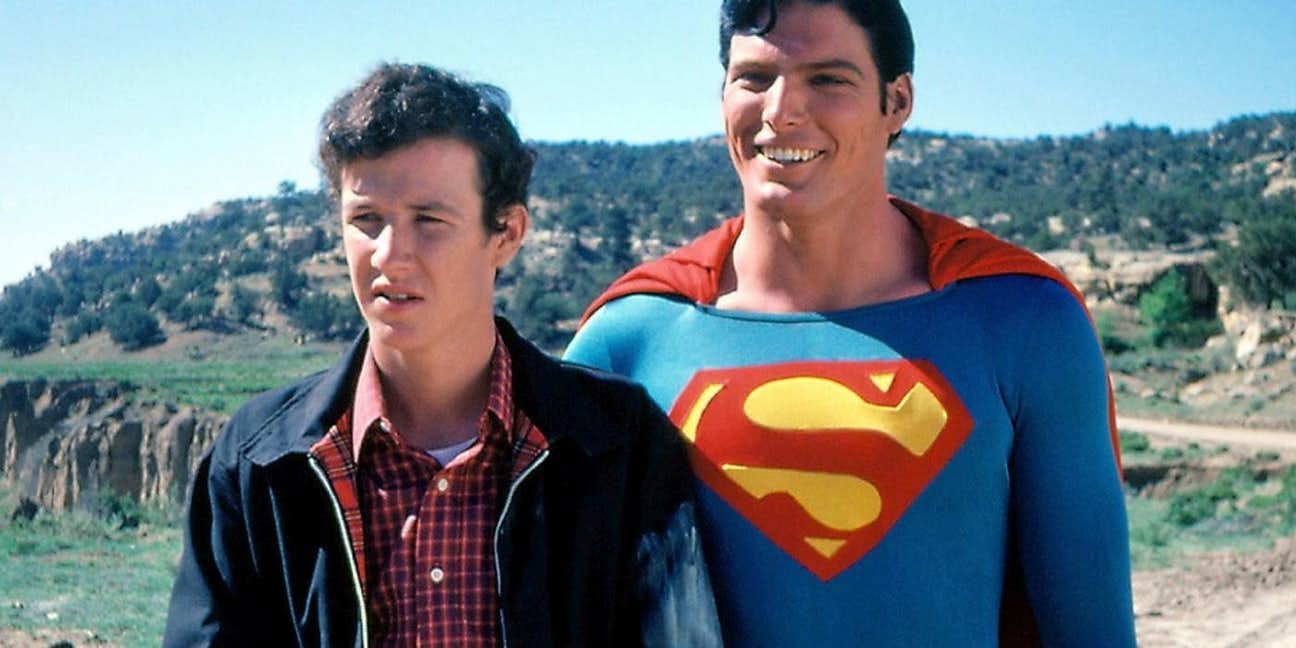 One Nation Under Grodd

Barry Allen aka The Flash many glowing characteristics is that he speaks sign language, but more specifically it’s gorilla sign language. This, of course, is almost certainly a reference to one of The Flash’s greatest foes Gorilla Grodd. Grodd is a telepathic and telekinetic gorilla from the mysterious place known as Gorilla City, which is filled with super-intelligent gorillas (aliens visited years ago and evolved them into a super race). Grodd has appeared in The Flash TV series so I think we can expect him to show up in the DC Cinematic Universe, as well.

Now that Zack Snyder’s Justice League is out we’ve made a new list for all you DC fans! Check it out here.