The Evil Within 2 Brings Back Classic Survival Horror

It’s been an odd, if mostly satisfying year for horror video games, with several franchises swapping styles entirely or just offering up unexpected changes. Watch out for spoilers if you haven’t played through the whole game yet.

Strangely, while Resident Evil 7 gave us a first-person horror experience in the vein of Outlast earlier this year, it’s actually The Evil Within 2 that is taking the role of the archetypal Resident Evil survival horror game. If you missed the RE of old or just want an all-around solid experience that makes you think of those glory days of console horror games, The Evil Within 2 doesn’t disappoint, and it draws liberally from the best franchises out there.

This game is just absolutely dripping with classic RE tropes, like resource management, zombies overrunning a small town, and healing items derived from herbs and green goo culled from monsters.

Unlike the first game, though, there is a serious dash of Silent Hill going on here. The similarities are just too huge to miss, with the main character a dad searching for his lost child in a small isolated town (where the highway has mysteriously broken off into a cliffside) and strange monsters are roaming around.

As with the first game, the genre and style mashups continue in multiple directions, showing clear nods to other horror games and movies. The character designs and some of the crafting aspects (oddly enough) bring to mind Dead Rising. Don’t get me wrong: this isn’t ludicrous horror comedy. But there is very much an overall Capcom-y feel to the game — even how some of the dialogs comes off while a town is being covered by zombies. 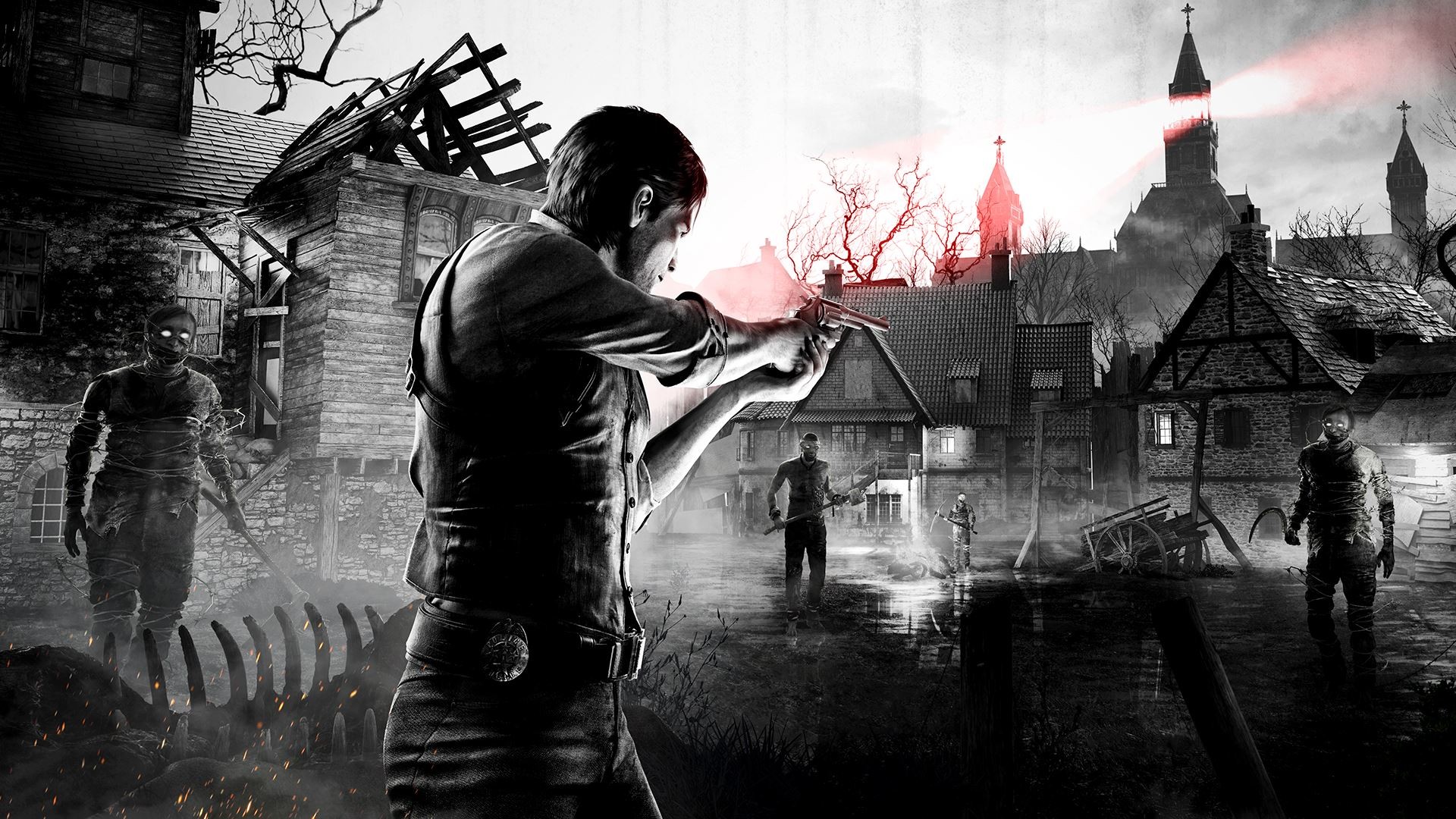 After the first game’s ending, the cat might be out of the bag at this point. But even though the game’s horrors are in a digitally created world rather than real life, that doesn’t stop the terrifying events from being scary –especially when Sebastian heads back into the STEM.

That’s because The Evil Within 2 makes excellent use of lighting, sound, unsettling environments, and monstrous creatures to bring the scares. Besides the zombies with writhing tentacles in their heads, the big bads and bosses are pretty inspired, and you will legitimately want to run full speed away from them, rather than standing and trying to gun them down. Don’t be a hero, because heroes die in Union!

The game is mostly stealth focused, with Sebastian trying to avoid monsters or angling to take them out from behind without being seen. This is a much more satisfying experience in the sequel than its predecessor because the environments tend to be more open and less constrained.

While the big bads frequently can’t be killed right away, the random roaming zombies and other various unpleasant creatures can be taken down with weapons. In the beginning, this is sort of a last resort (since gunshots will just draw more of them than you can handle), but over time, it can be fun to shotgun your way through a mini-horde of creatures.

I had a rather hilarious first hour trying to master this system after having just come off a solid week of playing Shadow Of War non-stop. Still, in stealthy Talion mode, I kept trying to sprint while sneaking and switch into the wraith world to see the enemies better. Needless to say, things didn’t go well for me at first.

But once you get it down, the mashup of stealth and action is a pleasure to play, and doubly so because the levels are less restricted than the previous game, with fewer of those tight corridors where you have to find just the right path to escape unnoticed. There’s also more to do this time around, with side quests to undertake as you follow the ping of the communicator and explore the false world of Union. 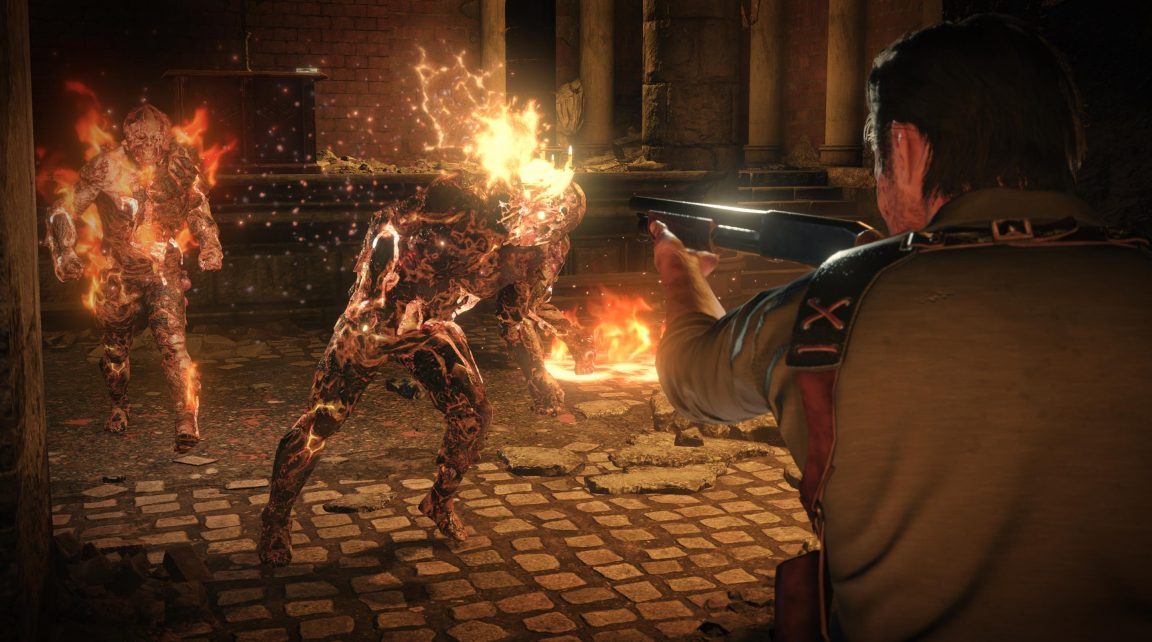 A revamped upgrade and crafting system is now split between in-the-field crafting and using workbenches in safe houses, and it works really well. The system adds tension to the game as you have to avoid large groups of enemies to pick up components for needed ammo, health items, and upgrade parts.

The digital city of Union finds plenty of interesting ways to utilize game mechanics that feel like they belong there. For instance, you can heal Sebastian by drinking a pot of coffee at the safe house, but that doesn’t make it a one-stop healing shop where you can behave dangerously and then run right back to get patched up. The coffee takes time to brew, so you can only heal every so often.

All the while, there will be hordes of zombified, insectoid, acid-spewing, tentacled things ready and waiting to tear you apart.

Things get appropriately weird and horrific as Union breaks down and falls apart, and there is some truly messed up stuff going on in this game, which is a positive as far as I’m concerned. It was beyond time we got a true Resident Evil/Silent Hill successor, and The Evil Within 2 more than fits the bill.

The Evil Within 2 is available now on the PlayStation Store in Malaysia for RM229 and Singapore for SGD74.90 or on Steam for RM236.99.