Level Up KL is getting bigger and better every year. Hallmarked as the premier game developers conference in South East Asia, Level Up KL is taking place this year from the 4th – 9th of November at the Connexion@Nexus Conference & Event Centre at Bangsar South, Malaysia.

Led by the Malaysian Digital Economy Corporation (MDEC) this year’s conference is expected to host more than over 700 delegates from all over the world. Over 60 exhibitors more than over 40 notable speakers are expected to speak this year including Wan Hazmer from Square Enix, Danny Koo from Marvel Entertainment, Brian Recktenwald from Naughty Dog, Grayson Chalmers from Riot Games and much more. 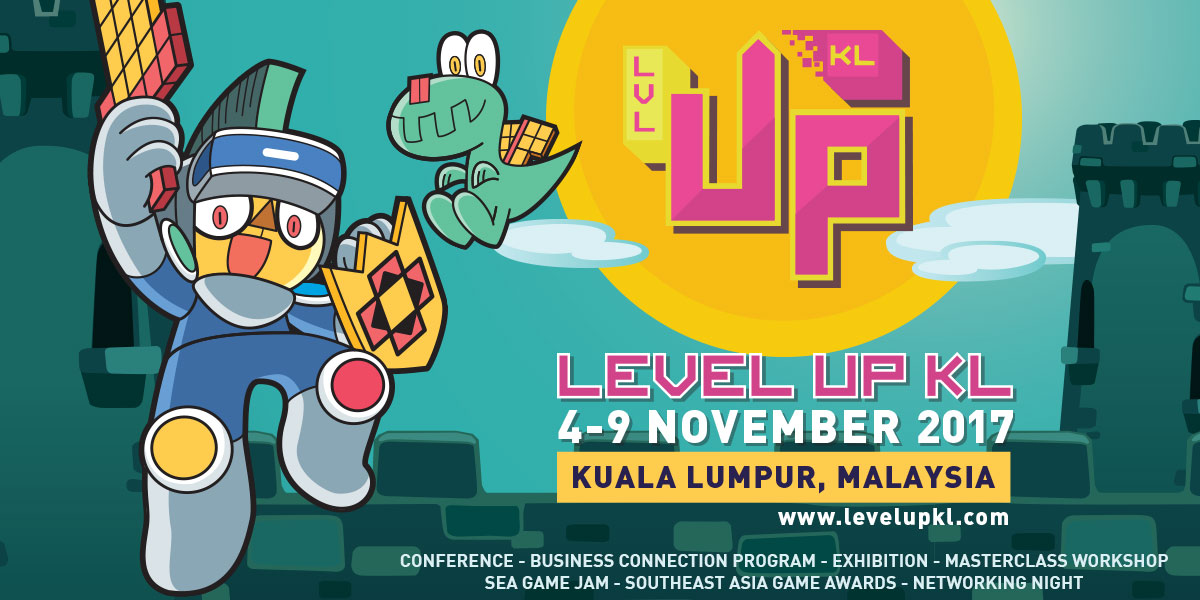 This year as well launches the very first SEA Games Awards! Organised by MDEC itself and supported by Media Prima Labs. The objective is to give recognition to the outstanding accomplishment of our regional game developers in the fields of art, creativity and overall gameplay.

This year’s categories fall under:

Shortlisted submissions are eligible for one complimentary showcase booth, two conference passes and one Business Connection Program Pass to Level Up KL 2017!

To be eligible to apply all you need to be is a developer (individual or a company), a student or game publisher from any South East Asian country: Malaysia, Singapore, Brunei, Indonesia, Thailand, Laos, Cambodia, Myanmar, Vietnam, Philippines or Timur Leste. Released on mobile, PC or any online platform after the 1st of August 2016.

To apply just head over to http://www.levelupkl.com/seagameawards. Best of luck and as always Game On!