Everything We Know About Super Mario Odyssey

Nintendo’s next big Mario game, Super Mario Odyssey, is less than a month away. The Big N has given us some more details about the sandbox platformer during the latest Nintendo Direct, and it has only escalated my hype. Here are the top features and what we’d like to see based on what we know so far.

We’re back to Mario’s classic attempts to foil Bowser’s kidnapping of Princess Peach. The Direct revealed that Mario’s new partner is a ghost hat Cappy. Who also has a mission of his own: save his sister Tiara (it’s a literal tiara). The series’ plots are usually thin, but this unifying plot that involves the heroes and their chosen headwear show promise. Perhaps there could be an evil hat possessing Bowser, and maybe Peach will be able to use Tiara’s powers. I’m strangely curious to learn about the lore behind these hats and their mysterious powers.

I’m just as interested in all the Donkey Kong references that have been teased. We finally got a good look at Mayor Pauline. If you’re not familiar with the character, she was the girl whom Mario had to rescue in the original Donkey Kong arcade game. Ever since Pauline’s references have been limited to spinoffs. It’s great to finally see her back as not only the mayor of New Donk City. What I’m wondering is how far the Donkey Kong references go. The streets are named after Donkey Kong Country characters, and there was a short clip of an homage to the arcade classic.

Will we see the big ape himself? And what will Peach and Pauline’s first interaction be like? Is there a significance to this random Goomba having Pauline’s hat? As a fan who has followed the series since the early days, I’m looking forward to this series crossover of sorts.

Mario will be able to wear costumes, many of which are tributes to classic looks from other games. Some confirmed throwbacks include his white coat from Dr. Mario, his construction worker’s uniform from Super Mario Maker and his safari outfit from Mario’s Picross. I’m looking forward to some mixing and matching for his costumes. I also hope that this acts as a way to unlock alternate characters. It’d be great to suddenly transform into Luigi by wearing his clothes. It’d be even better if Luigi had his trademark high-jump ability. And why stop there? Wario, Yoshi, and Toad. Yes, Mario can already transform into other creatures by throwing his hat, but those are temporary. 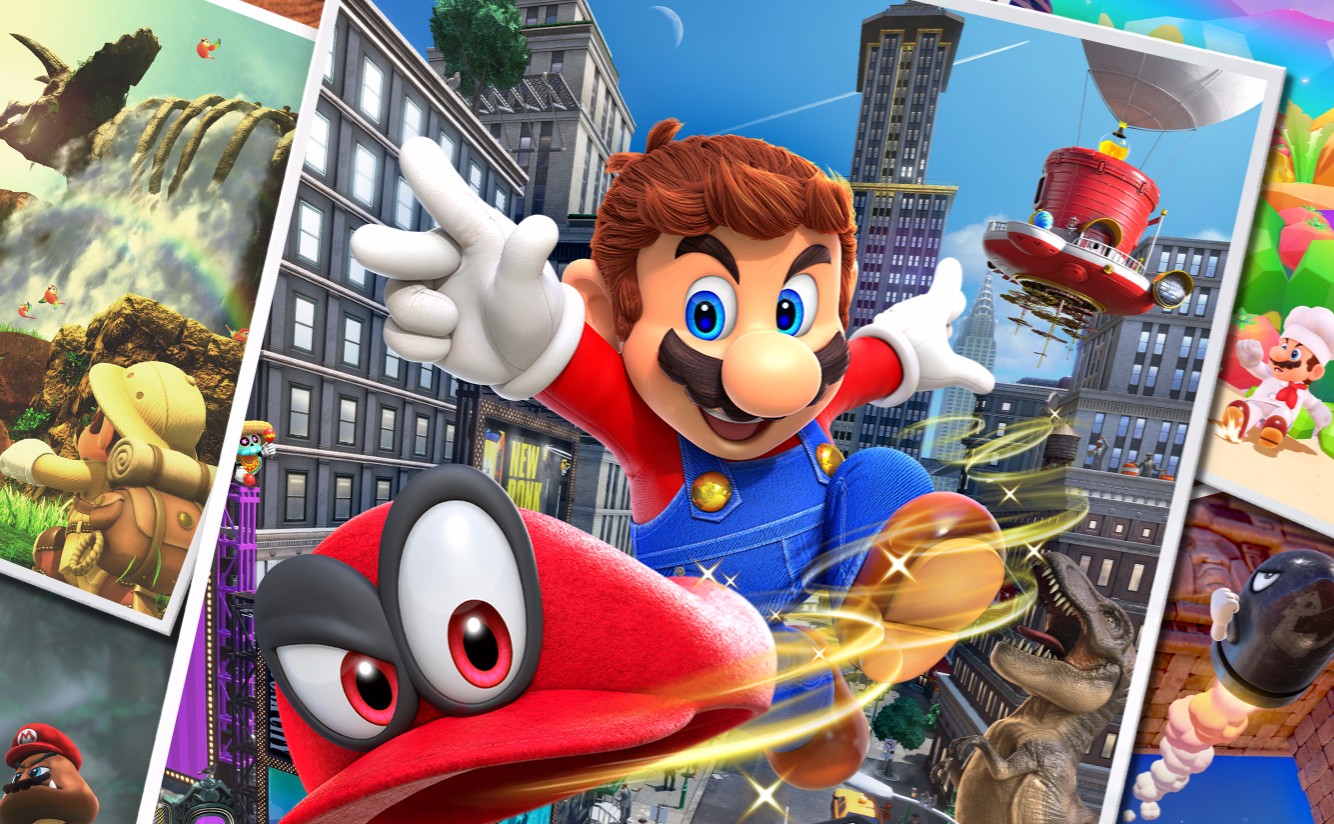 The built-in photo mode is another silly feature that is bound to be used in impressive ways. Taking pictures has become increasingly popular in games from Final Fantasy XV to The Legend of Zelda: Breath of the Wild. Players will no doubt snap both visually impressive and downright hilarious photos through this feature. But what else can we hope to see from this mode? A feature that allows players to set up their own custom scenes a la Super Smash Bros’ trophy picture function would be a great way to create that perfect shot…or at least a troll picture.

The Nintendo Direct revealed some new worlds as well, bringing the total count so far to eight. The new ice and beach areas look gorgeous. I’m especially excited about the Cascade Kingdom where we’ll finally get to control the enormous T. Rex from the original trailer. We also got a better look at Bonneton, the mysterious area in the Cap Kingdom that Cappy hails from.

The game will have a bigger focus on flying your ship, the Odyssey, around the world. With such a large scope, I’m sure there are still some areas that have yet to be revealed. In particular, there’s a dolphin-shaped island on the world map that may suggest a Super Mario Sunshine inspired area. Given that Sunshine’s bonus stages, which were more hardcore platforming challenges, are slated to return in Odyssey, I wouldn’t be surprised if we saw an homage to Isle Delfino. Why stop there? If we’re talking about a whole Super Mario World, then we should at least see a kingdom based on Dinosaur Island!

Finally, I just have to talk about Mario’s new transformations after writing an entire article about it before. I’m still ecstatic about Mario’s newfound abilityto take control of enemies and objects around him. I can only imagine how this ability will extend. I’ve said before that I’d love to see Mario unlock other playable characters like Luigi and Wario by transforming into them. Maybe we’ll be able to capture some of the bosses like the big bad Bowser himself. Here’s one the cutest, glide on, Glydon.

I’m sure Nintendo is still hiding a lot about Super Mario Odyssey. And with the game finally releasing on October 27 on Nintendo Switch, we’ll know what secrets it holds very soon. We can’t wait!