Joining his master the Lich King, Kel’thuzad the Archlich of Naxxramas joins the Nexus in Blizzard‘s Heroes of the Storm. The undead servant faithful only to the Lich King, Kel’Thuzad brings with him lots of evil magic abilities, as well as some ice-based ones.

Kel’thuzad joins Heroes of the Storm‘s roster of 67 heroes and villains from across Blizzard‘s beloved franchises. Blizzard announced his inclusion in the game this week in an official blog post.

Kel’Thuzad has faithfully served the Lich King both in life and after death. Reanimated as the Archlich of the Scourge and given domain of the Dread Necropolis, Naxxramas, Kel’Thuzad remains Arthas’s most trusted advisor and master of the cold dark.

He comes equipped with a lot of ranged primary and Heroic abilities like Death And Decay, an Orb that explodes and leaves behind a pool of decay that will harm any enemy that comes in contact with it, and Frost Blast which is an icy meteor that deals massive damage to enemies in the surrounding area. He also has a cool alternate skin that makes him look like a part of Starcraft’s Tal’darim. Along with stating his origins and abilities, the blog post also shows which characters can pair up with Kel’thuzad. 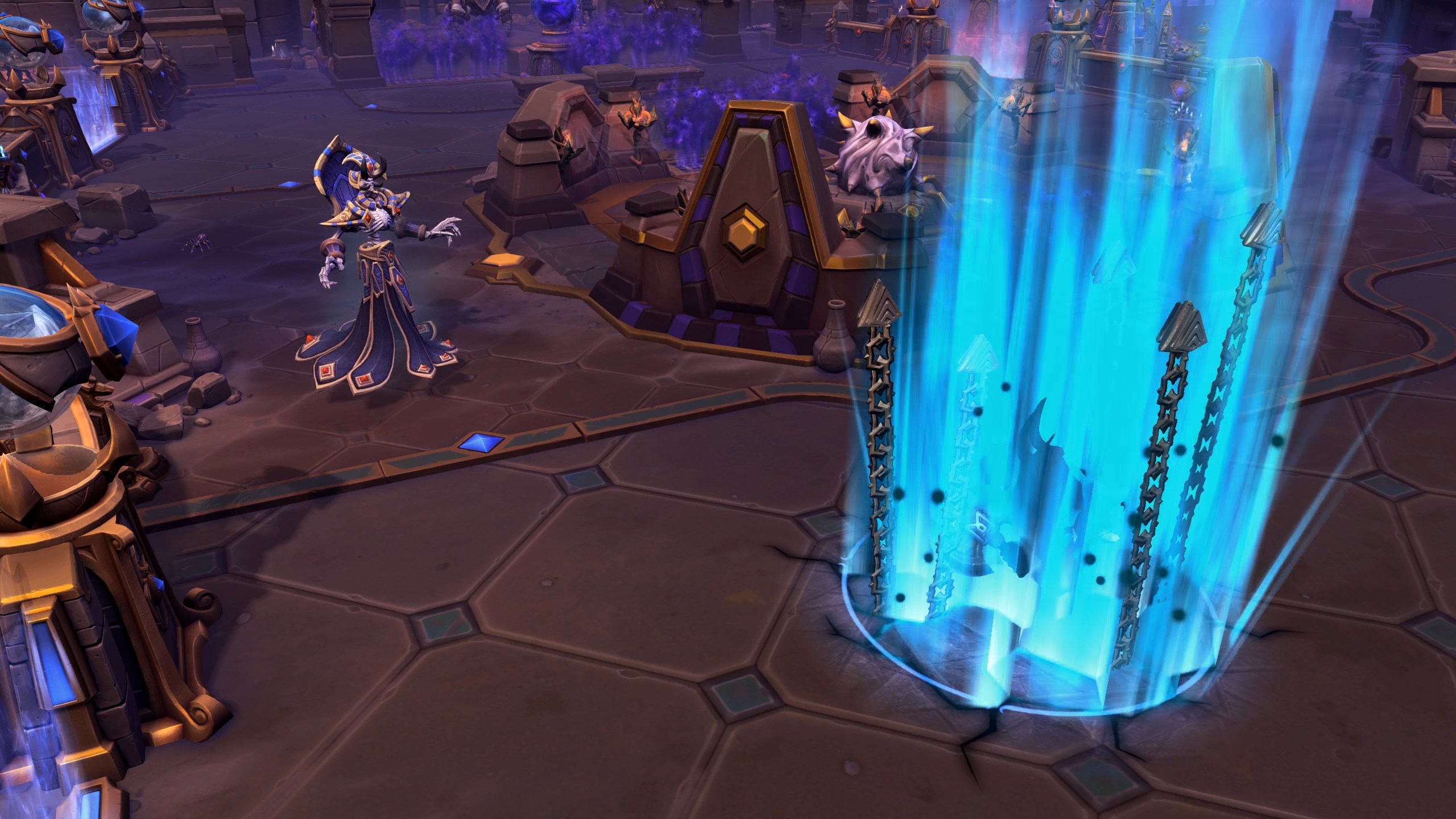 This includes his master, the Lich King, Tal’darim Highlord Alarak and rock and rolling Tauren, E.T.C. Though Blizzard also notes that Kel’thuzad will also struggle against high-mobility heroes like Tracer and Li-Ming or crowd control characters like Uther. Overall, the Archlich seems to be a neat addition to Blizzard‘s hero brawler, especially to fans of the Warcraft series. Players can log in now to try out this new icy cold ranged Assasin-type villain now.

The new update also brings with it a new special event: Obey the Call, which enables players to complete a four part quest chain. If you complete the questline before September 25th, you’ll get a myriad of a Necromancer, Kel’Thuzad, and even Naxxramas-themed goodies. There’s also your expected balancing and bug-fixes in this update.