Explore The Constellations One Tap At A Time With Star Tap

Star Tap is the latest game by the Singaporean indie game developers Inzen Studio. Under their recent acquisition by iCandy Interactive, they’ve taken quite a leap from their previous game genre Dark Dot. The action based vertical scrolling action shooter draws and manipulates your army. Winning them last year’s IMGA SEA’s Excellence in Innovation.

Star Tap is a calm, non-combat game where you follow a girl Stella as she embarks on a mysterious and lonely journey through space. I’m still not sure what this mysterious promise is and there hasn’t been any indication so far now that I’m past the moon. But I’m assuming she’s made a promise to save Matthew McConaughey.

The Star Tap gameplay itself is quite standard for a clicker having both active and passive resource collection and travel functions. The active of course being the tapping to boost your thrusters through space. While the passive is to buy upgrades and get drones to collect the resources for you. In case you know the game was too passive for you.

For all you astrology buffs, you’ll enjoy exploring the constellations, planets and star systems around the game. Each of these locations marks a resource point which allows you to make advancements to your shuttle in order to travel faster. Day 500 and still no sign of Tatooine. 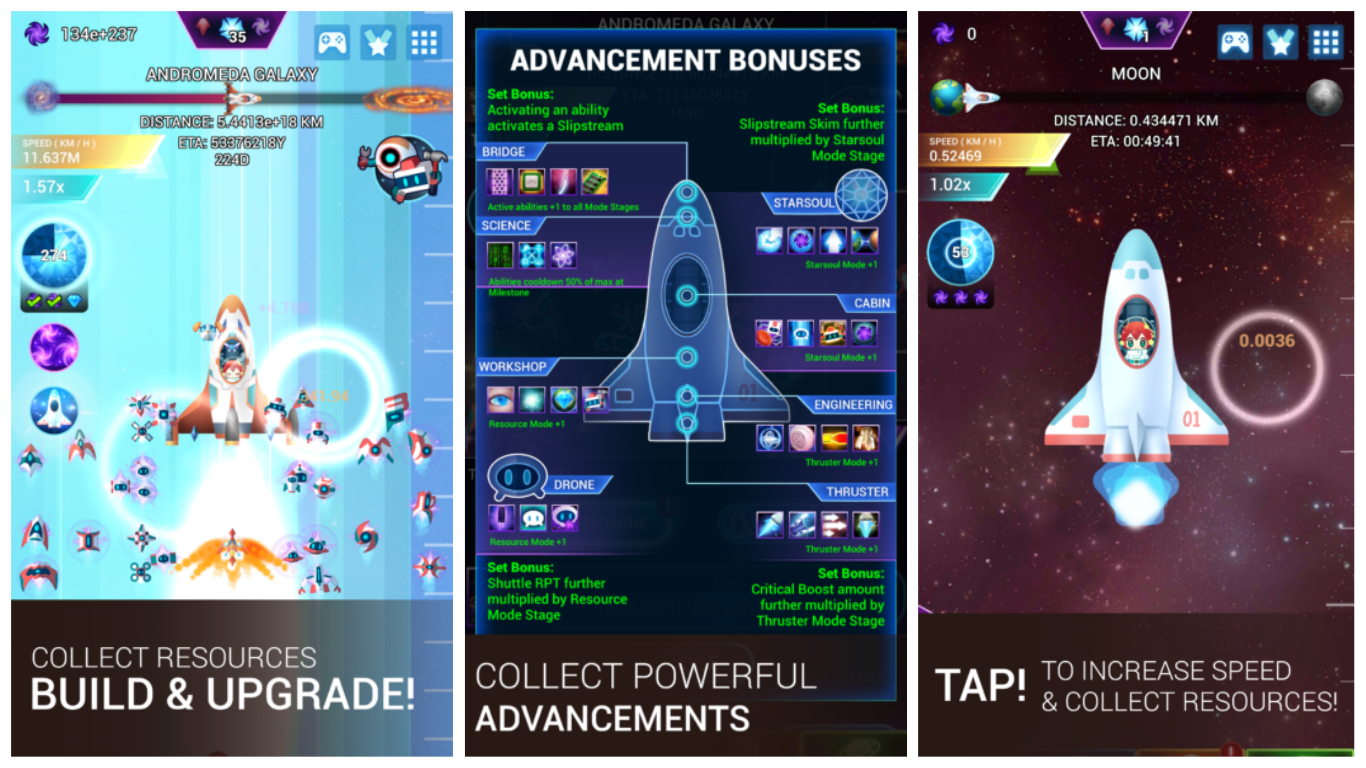 Clickers have been by and large a fad in the casual mobile game scene but there’s something about the mindless clicking and easy achievement that keeps people playing. Examples such as Non-Stop Knight and Crab War etc. are a few that I got hooked on for a while when they came out.

While Star Tap by no stretch of the imagination is challenging, it’s simple to play and fairly mindless. Exactly what some people are looking for in a casual game. You can download Star Tap for free on Android and iOS.