Last weekend Kuala Lumpur, Malaysia was host to the first PlayStation Experience (PSX) in Southeast Asia. Modeled after the PSX conferences held in the US, Sony PlayStation packed the KL Live show floor with the latest game demos and highlights.

If you weren’t one of the many that lined up at 5am to get in when the gates opened at 10. Or were out waiting on the street for hours (props for dedication to the game *brofist*). Chances are you didn’t get a chance to play all the games. So we’ve done a lineup of the most anticipated games we played and our first impressions. 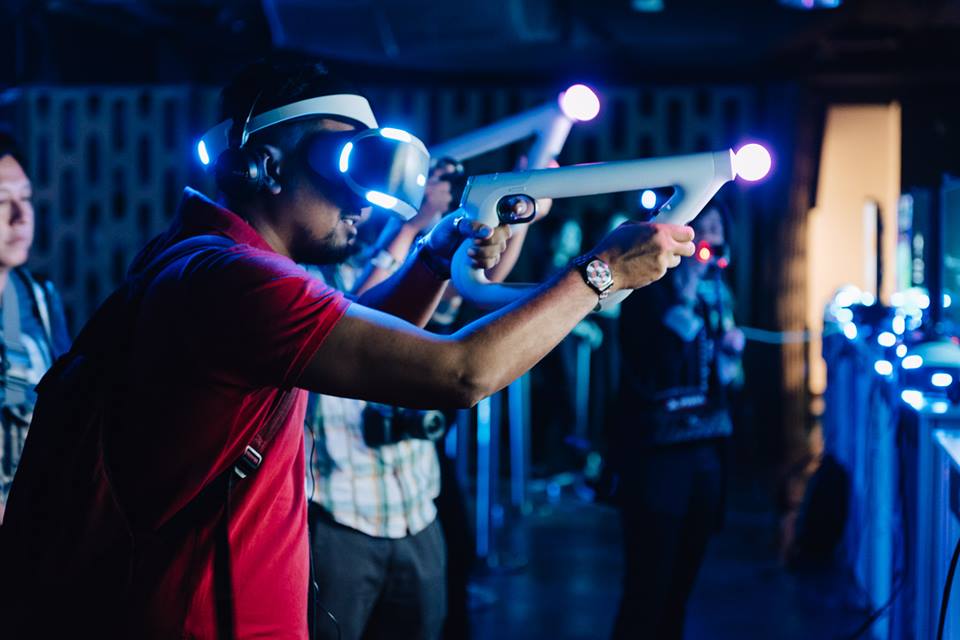 Far Cry 5 takes place in modern day Montana where a religious cult has taken over an entire county in a kind coup. Players are tasked with bringing down the Father and his followers using everything from World War II-era fighter planes, assault rifles, 18-wheelers and the family dog.

The gameplay is pretty much what is expected in a Far Cry game.  You have an assorted variety of weapons to use.  You can go guns a blazing or stealth kill enemies and those who can sound alarms. Understandably, the demo was short.  But it gave me a good feeling about the rest of the game.  Liberating towns was like taking over outposts in previous Far Cry entries.  But it felt better liberating a town.  You aren’t just killing enemies.  You are freeing a town from oppression and violence.

Easily one of my most anticipated games coming out Detroit: Become Human tackles the prevalent issue of how far we should go with artificial intelligence. Travel to the near-future metropolis of Detroit – a city rejuvenated by an exciting technological development: androids. Witness your brave new world turn to chaos as you take on the role of Kara, a female android trying to find her own place in a turbulent social landscape.

Quantic Dream does an amazing job with story telling and of course, the graphics are crazy beautiful. The whole game could easily translate into a movie. The gameplay is pretty methodical.  You go to different areas and gather clues. As you find more clues, you will play out exactly what happened and get a better understanding as to what happened.  All information is vital – your probability of success will rise as you get more clues.  In my run, I found all the clues and jumped up to about 70% chance of success.

Ni No Kuni II by Level-5

Yay! Ni No Kuni! One of my favorite releases on the PlayStation 3 had to be 2013’s Ni no Kuni: Wrath of the White Witch. Developed by Level-5 and published by Bandai Namco Entertainment, the game’s visual style was like nothing else thanks to the collaboration with Studio Ghibli. Now, four years after the release of the first game, we can look forward to a new adventure in the action RPG series with Ni no Kuni II: Revenant Kingdom.

Ni no Kuni II: Revenant Kingdom is set a century after the events of the first game. You follow Evan Pettiwhisker Tildrum the young Prince of Ding Dong Dell who gets usurped and is banished from his own Kingdom. One of the biggest changes in this game is the removal of familiars. You won’t be taming and sending out familiars, instead a la Kingdom Hearts style Evan will fight with two friends that he will meet in his adventure. Together with the help of creatures known as “Higgledies”, you’re ready to set off to help Evan build his own Kingdom.

A game that needs no introduction Bandai Namco’s Dragon Ball FighterZ their upcoming 2.5D fighter. Featuring all the usual suspects Goku, Vegeta, Gohan, Frieza etc. you choose teams of three. The game plays very clean. Similar to their previous title Extreme Butoden for the 3DS in some cases. According to Bandai Namco, the game is designed to be easy to play, but difficult to master and based on the multiple times I’ve played I can definitely vouch for that. Battles can get pretty crazy when you bring in supporting characters into the mix to throw ki-blasts and wave attacks so you’ll always want to be prepared and on guard.

We saw this game at last year’s Casual Connect and it’s safe to say that the mic-enabled sound-based stealth thriller is still as creepy as ever. You start the game blind and based on the amount of noise you make into the microphone it allows you to see the world around you. But if like me you scream when prompted with fear (I’m a fairly tense person that drinks a lot of coffee #nojudgement) then the world lights up and you’re basically the only course at an all you can buffet.

What Gattai Games has accurately captured is the fear of the unknown. It’s not so much the fear of what’s in front of you that will scare you but the fear of things that lay just out of sight. Make sure to stifle those screams. 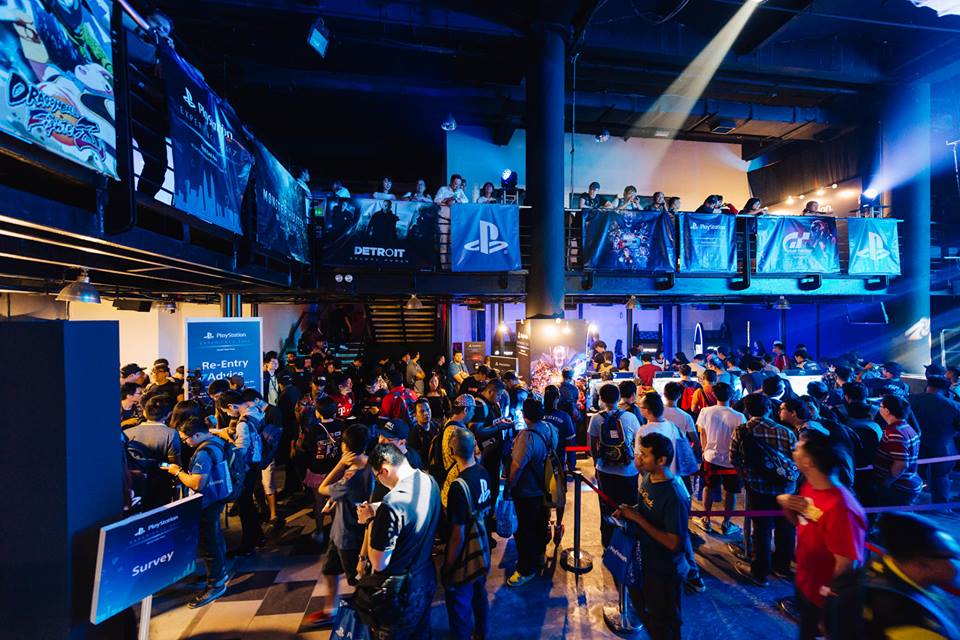 There was a whole host of other games including Gran Turismo Sport by Polyphony Digital, Knack 2 by SIE Japan Studio, Marvel vs Capcom Infinite by Capcom and more. Unfortunately, the sheer amount of people made it impossible for us to try all the games but the event was truly the first of its calibre here in Malaysia. We’re looking forward to the next PlayStation event!