Kingdom Hearts 3 Is Coming In 2018 And There’s Toy Story!

It’s been 12 years but Kingdom Hearts 3 is finally getting a release date in 2018.

After dropping a new trailer for the long-awaited Kingdom Hearts 3 in June. Game director Tetsuya Nomura appeared at D23 Expo’s Level Up! panel on Saturday to share a look at a new world and a release date. Are you ready? For the first time ever, Pixar is coming to Kingdom Hearts 3 with a world based on Toy Story.

When Sora, Donald, and Goofy enter the world of Andy’s toys, they shrink down and become toys. Game footage showed the heroic trio meeting Woody, Buzz Lightyear, and friends. No, you’re losing it.

Pixar worked closely with Nomura and Square Enix to develop a brand new story exclusively for the game. John Lasseter was on board from the beginning. Pixar’s Jason Katz took on the task of story supervisor. Pixar employee Tasha Sounart, who worked on Toy Story 2, helped develop the Kingdom Hearts‘ characters toy looks. 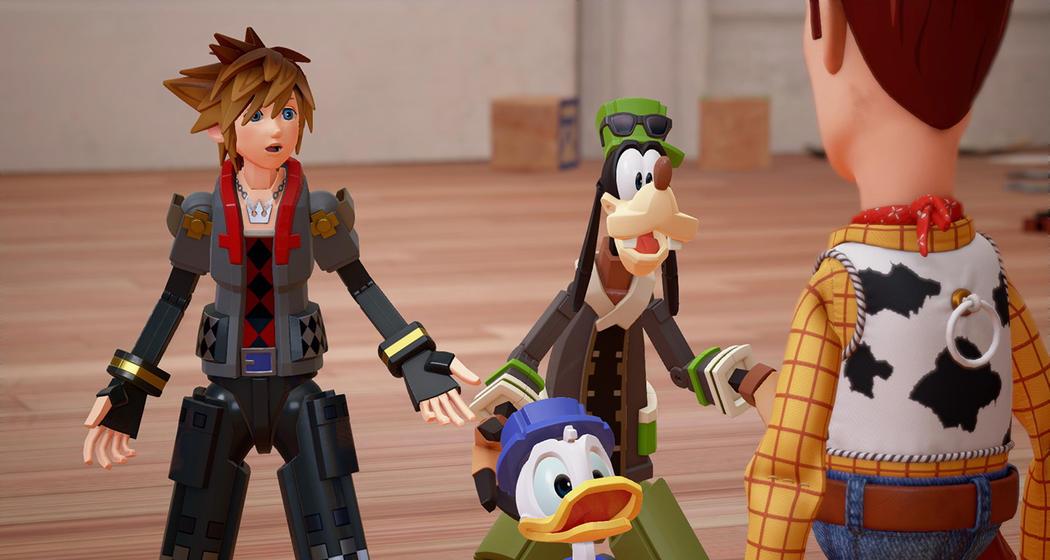 The trailer shows the trio beginning their explorations of Toy Story world in Andy’s room but also out in the world, fighting the Heartless. One exciting sequence shows Sora getting into a robot-type toy and operating it in a battle.

Other new worlds in Kingdom Hearts 3 include those inspired by Big Hero 6 and Tangled. Two much more recent Disney animated features.