ARMS Lands A Solid Hit To The Nintendo Switch

While Nintendo is a company whose success has mostly come from long-standing franchises. Like Mario and Zelda, Nintendo is capable of creating brand new ideas which resonate with their core audience. While the majority of the first party titles coming to the Switch in the first calendar year are relying on that pre-existing love. There’s one title is looking to be the first new IP to find success on the console. ARMS is a brand new fighter which, despite its simplistic design, contains a surprising amount of depth.

ARMS is a fighting game, more specifically, it’s a boxing game. Choose any of several cartoonishly unique characters with ridiculously long arms. Outfit them with gloves with different abilities and go up against a similarly outfitted character in a standard two out of three falls beat ’em up.

And that, for the most part, is all there is. The various game modes all shook out to be the same basic game. ARMS is one of those “easy to learn, difficult to master” games. While I’m not sure how many will have the time or patience required to do the mastering, those that do will likely fall in love with the game. 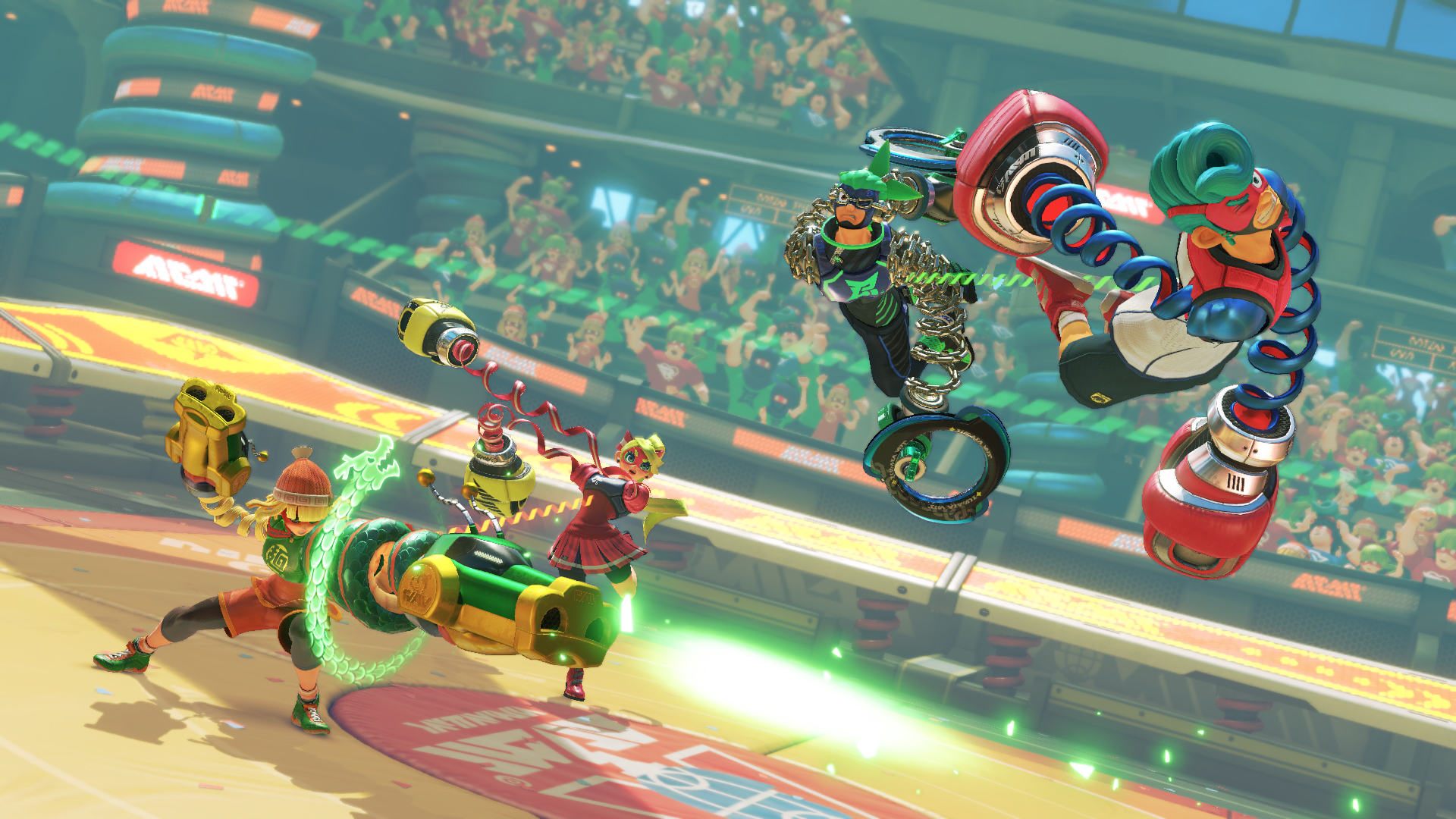 Simply throwing punches isn’t enough. Instead, the game is about timing and accuracy when it comes to throwing those punches. That, combined with the various abilities of the different ARMS, will allow players to fine tune their attacks. Getting you aim just right can be an exercise in frustration that may turn off some, but it’s incredibly satisfying as you start to figure things out.

The game urges you to use the Switch Joy-Cons as motion controls and while some might be tempted to go for a more traditional control scheme. The motion controls are clean and responsive in a way that the Wii or the Wii U never was. Punch accuracy is a thing that is possible now. Although I should point out that in a local four player game I organized with friends, the non-gamer picked up the motion controls much better and faster than those of us who play more games, so be warned.

The primary game mode is called Grand Prix and if you’ve played one fighting game, you’ve played this mode. 10 fights against different opponents one after the other. There’s a loose story mode with an announcer introducing each fight, but he speaks in standard Nintendo gibberish and the fighters don’t speak much at all, so the entire thing lacks substance. There are a couple of bonus levels snuck into the Grand Prix, like a target smashing game and a game of basketball where the object is to dunk your opponent through the hoop, which is never not fun. 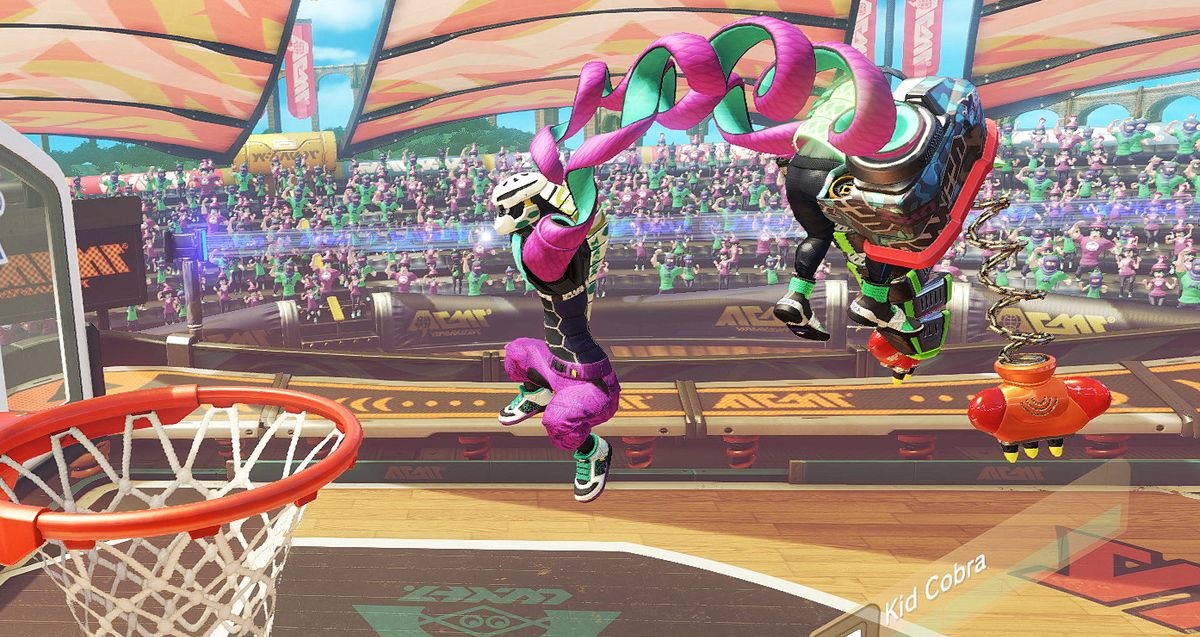 Winning battles earns you credits which you can use to attempt to unlock new ARMS to use in fights, which will be useful at harder difficulties or against friends or in online play.

Multiplayer options include the ability to play in up four person battles or in two on two team fights, these battles are interesting because each member of a team is tethered to the other, meaning that the team really has to work together to make sure they can take down their opponents.

Ultimately, everything about ARMS works and is fun. It offers a surprisingly deep fighting experience, though it may not be the sort of experience that appeals to everybody.