Payday 2 Is Getting A Free VR Mode

One of the most consistently fun first-person shooters that released within the last two generations is Overkill Software‘s Payday 2. And now they’ve announced that the shooter will be revamped for VR headsets with an all new VR mode.

According to IGN, Overkill Software is working on a VR beta for Payday 2 right now, and they have plans on pumping it out at some point later in the year.

So what does the VR mode do? Well, it will feature fully incorporated motion-based controls, interactions, and gameplay. According to the article, this includes using the full body room-scale tracking from things like the HTC Vive‘s lighthouses to move around, duck, hide, take cover, and peek based on positional awareness, along with being able to give commands to NPCs and order around hostages using the wireless motion controllers.

Additionally, players will be able to conveniently and quickly steal jewelry or attend to fallen teammates using the motion gestures. A brief demonstration of the VR mode for Payday 2 was put on display with a short teaser trailer from Overkill Software that gives you an idea of what to expect from the upcoming mode for the loot-and-heist game for PC and home consoles. 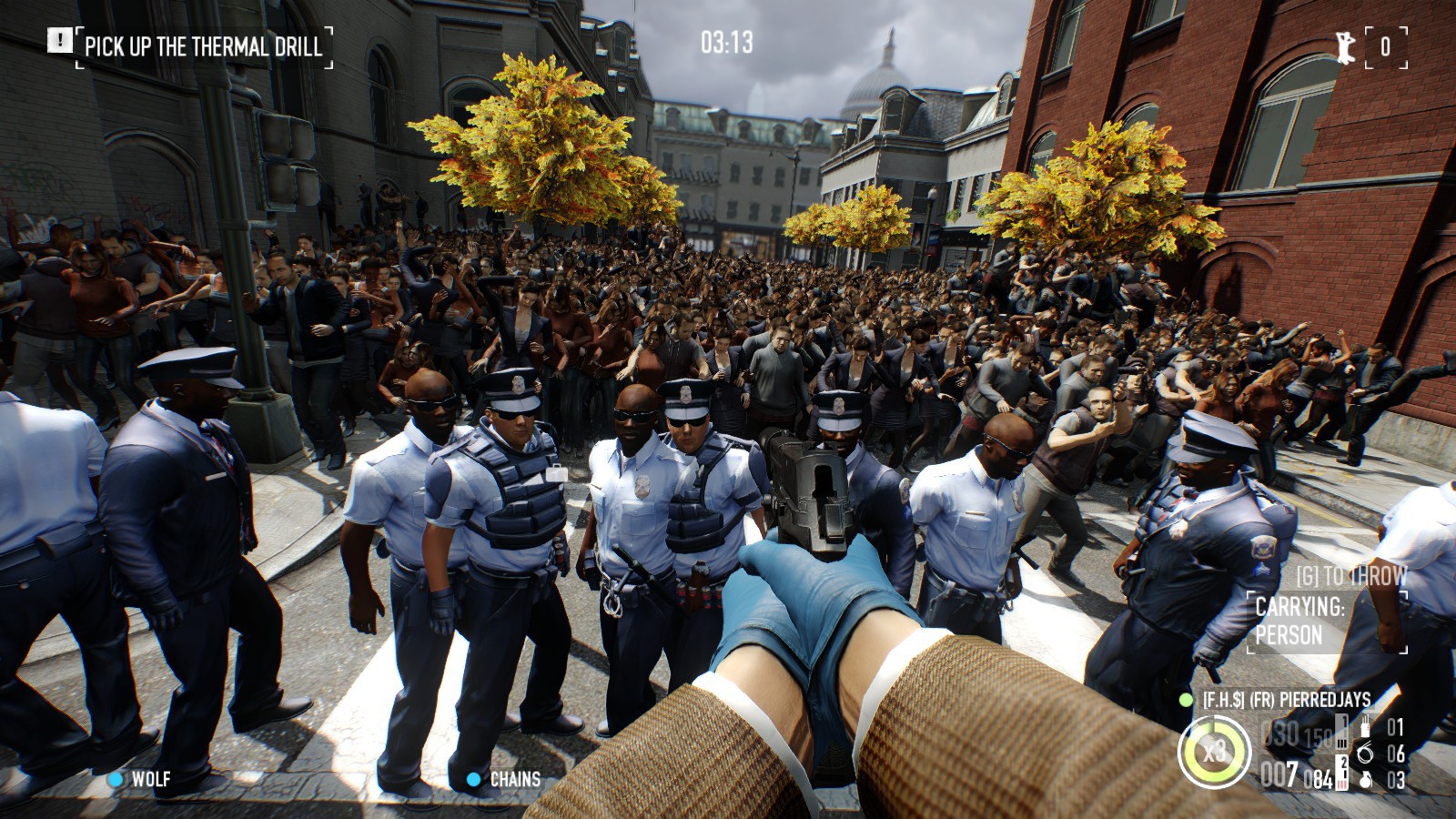 The game will apparently use full locomotion for the VR mode, which is a huge boon. A lot of other VR titles have opted for teleportation, which has proven to be less than popular. The game Arizona Sunshine was one of the games that used full locomotion and easily became one of the biggest sellers for VR headsets on PC. The game is now getting a PlayStation VR port, so it’s a fairly important feature for VR gaming.

Unfortunately, in the case of Payday 2, the game’s VR will rely on disembodied hands to carry out player actions. This means that you won’t see the full arms and body of the character you choose to play as in Payday 2. A real shame, especially given how well fully rendered bodies and arms looked and worked in Until Dawn: Rush of Blood.

On the upside, players can use a lot of emergent gameplay interactions with simplified gestures, such as shooting at the ceiling while still maintaining a direct line of sight with hostages or security forces, or giving commands while also aggressively keeping armed forces at bay.

The most exciting part about this is obviously the ability to actively hide and dodge bullets much easier than in the standard vanilla game.

Also, if you’re worried about platform segregation, don’t. Payday 2’s VR component will allow players to engage in cross-platform multiplayer, so you’ll be able to play with your friends even if they don’t have a VR headset and you do.