Overwatch‘s much leaked about Uprising event went live today, offering players another crack at working together against the AI hordes in the form of an Omnic army of extremist known as “null sector”. Conveniently all done up in purple to stand out against the London streets. The first non-holiday Overwatch event features emotes and other goodies and a bunch of new skins.

“Journey seven years into the past and join a group of Overwatch agents fighting through the streets of King’s Row to quell an uprising led by Null Sector, a rogue group of omnics. Team up with your friends and play as Tracer, Torbjörn, Reinhardt, or Mercy to defeat the robots and liberate the city. There are no reinforcements. Failure is not an option. The future depends on you.”

The event runs from April 11th until May 1st. That’s a pretty good long time. The co-op brawl follows the popular Junkenstein’s Revenge, Halloween event from last year. It takes place in a modified King’s Row and details a critical moment in the history of the Overwatch world.

Those who were wondering about Tracer‘s first job on the Overwatch team now have an answer. Killing a bunch of robots. That clears that one up. Uprising’s flagship mode is a PvE mashup of zone and payload defense, tasking the players with a series of zone defenses followed by a payload segment and capped off with a boss fight. 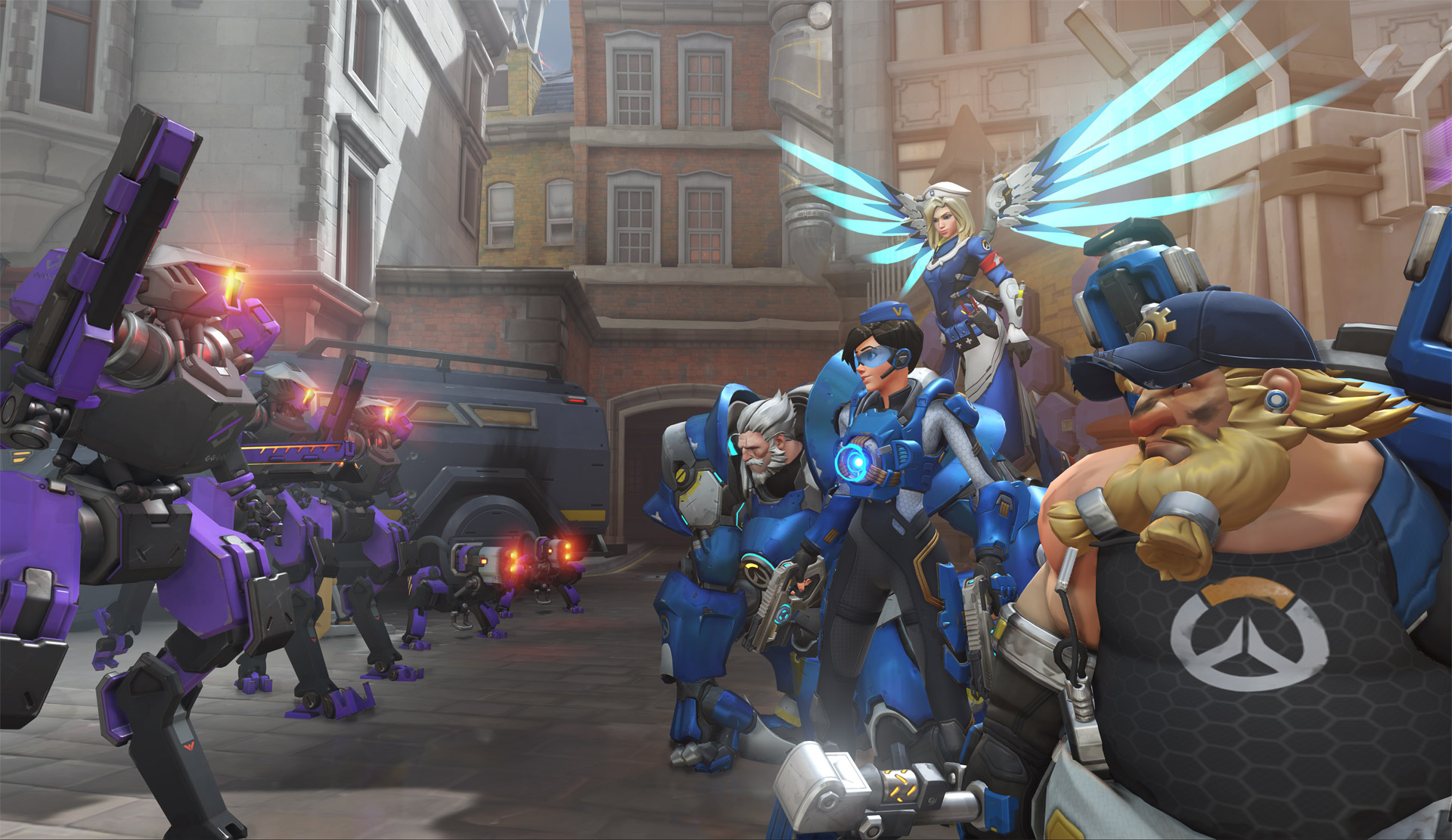 The standard configuration casts the players as Torbjorn, Tracer, Mercy and Reinhardt, offering a solidly balanced team that should be able to handle the challenge. You’ve also got the option to play with whatever heroes you want, however: just be sure someone on your team is good at defense.

It also comes, as always, with loot. Nothing too absurd this time around, choosing instead to focus on the relatively straightforward Blackwatch and classic Overwatch skins. All of our heroes have apparently become a bit more outlandish since Overwatch disbanded. The Blackwatch skins are markedly slicker than the Overwatch ones.

PvE is a nice diversion from the usual Overwatch setup, even if this particular PvE mode does borrow heavily from the objectives used in PvP. The real draw of a game that mixes PvP and PvE modes isn’t so much that one is better than the other. But that it gives you an opportunity to change gears rather than stop playing.

Overwatch is a force to be reckoned with in video games right now, and I’ll be interested to see how things continue to develop as the game prepares to enter its second year. Until then, robots to kill.