Nintendo Determined Not To Pull A “Nintendo”

Nintendo has announced a greater focus on indie development in a move that seeks to please its developer critics who have had a hard time developing for the notoriously guarded console.

As far as console developers go, Nintendo has always been seen as the stuck up princess of the console world only choosing suitors it deemed good enough to grace its presence. This strategy worked in some parts by ensuring that the games that it launched were of good quality and that the partnerships they built with developers were truly special. This concentrated approach to its own craft saw the downfall of Sega and other console companies that came to take on Nintendo. Then Sony came along…

A New Benchmark For Developer Relations Set: The Sony Strategy

Sony had quite a different approach choosing instead to go for quantity and inviting as many developers to come develop for their brand new console, the PlayStation. Even though the PlayStation was technologically inferior to the Nintendo 64, the PlayStation was A LOT easier and cheaper to develop for in general. Of course, Sony still had some quality standards it adhered to but overall this approach led to the rise of many of the famous video game studios we see today. 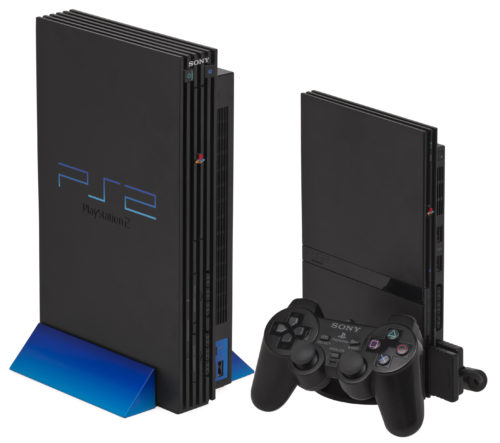 This strategy proved effective through PlayStation 1 and 2 with the numbers of consoles sold and the games developed reaching heights that haven’t been seen since. Sony then decided to abandon this strategy with the launch of the PS3 and their Cell architecture which was a nightmare to develop for on purpose, apparently…but it’s learned its lesson from that and has returned to its basic roots with a little more security.

Through this whirlwind of history with Sony, Nintendo stood on the sidelines and stuck to its core beliefs and sought to capitalize further on their innovation that drove sales of their handhelds and the Wii. It was a time when both consoles could coexist as they catered to “different markets” as the old saying goes. However, the launch of the Wii U saw Nintendo trying to claw into the markets that were dominated by Sony and Microsoft signalling a new direction for the company.

This proved to be a disaster.

While the Wii U and its potential definitely attracted the bigger developers to consider Wii U as a platform to publish on, the lack of a good online service and reasons for the “hardcore gamers” to come to the Wii U were just not there to support it. Development of games for the Wii U stalled with third party developers abandoning it early and it died a slow and painful death.

A New Vision For Nintendo, A Three Pronged Strategy

Nintendo is now learning from its mistake as it promises to drive both innovation and ease of development for its new console, the Switch. At GDC 2017, Nintendo has announced a slew of titles coming through its North American Nindies program aimed at bringing new content regularly, “Every week, new games,” said Nindies Head Partner Damon Baker. 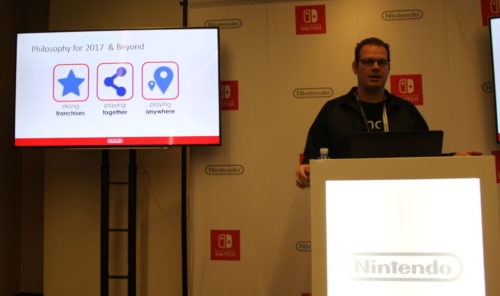 What this means is that Nintendo sees the value of driving fresh new content to its system at a rate that it has never committed to before. This may be a good strategy as Nintendo now has 3 different sources (Nintendo studios, third party developers, and indie developers) to drive content from onto a platform that its competitors can’t offer: a mobile hybrid video game platform.

The Switch, in its mobile state is the perfect platform for indie games to launch onto given the screen size and easy controllers. Some of the games like Binding of Isaac: Rebirth or the just announced Pocket Rumble just look better on the Switch than on a 42 in TV. Developers have also said that porting their current games onto the Switch has been a breeze with average port times of 2 weeks, a testament to the ease of development for the Switch. 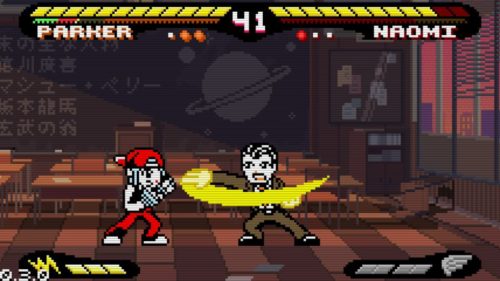 Nintendo here has the opportunity to drive a much more balanced approach rather than simply running blindly into a market it was never known for or sticking to the only thing it has ever been known for. All it needs to ensure its success is a strong online platform that would justify the price of their announced subscription service and the willingness to not be so uptight and let your retro titles from your golden eras loose onto the world. Look, if it takes an indie developer 2 weeks to get a game onto the Switch, surely you Nintendo can pretty much bring back all your old games onto the Switch and actually CAPITALIZE on your IP as opposed to being SO tight on it that you offer it free for ONLY one month and then I have to BUY it? 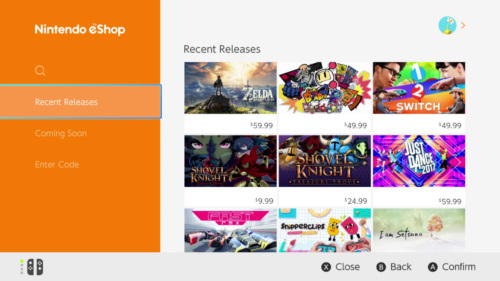