LEGO, Warner Bros. Interactive Entertainment, and TT Games have firmly established how cool they are with other properties. With the adorably successful launch of LEGO Marvel, Star Wars, Batman, Harry Potter and a host of other amazing titles. LEGO Worlds is their first solo title game featuring an awesome sandbox world. Basically the digital version of everything you’ve ever imaged when you were young and playing with your LEGO Bricks.

In LEGO Worlds, players embark on a creative adventure to become a Master Builder and uncover hidden treasures in environments that range from fun to the fantastical. Where worlds come to life with a dizzying variety of vehicles and creatures – from gingerbread men riding elephants to cavewomen scaring polar bears, to swamp police helicopters, hot air balloons and arctic snow scooters. Gamers can embark on a quest to become a Master Builder by helping other LEGO characters along the way find a sword for an Egyptian Queen, protect a fisherman from a giant troll invasion, or build a home for a cyclops. 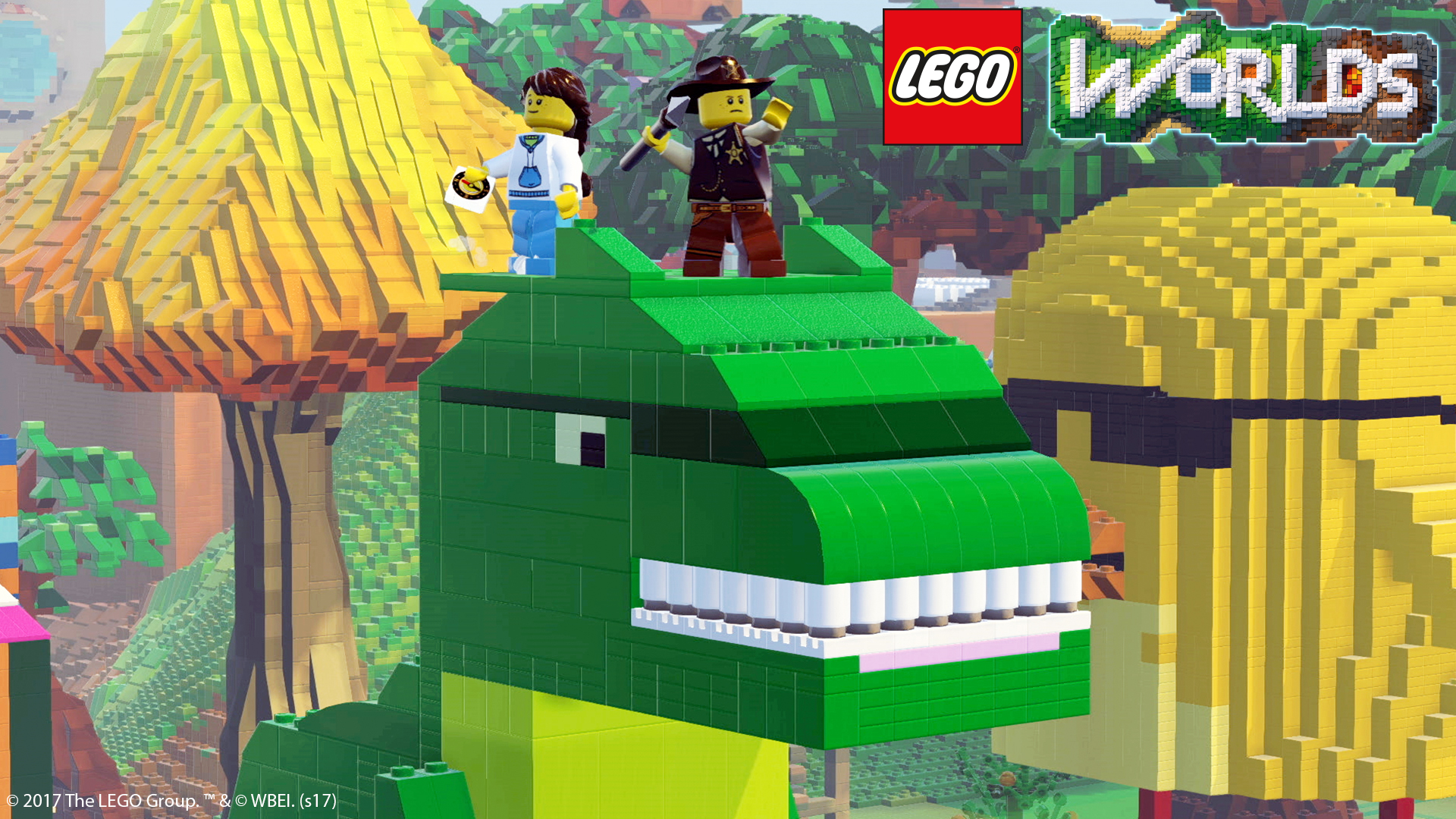 The game starts off with you as an astronaut in space who is suddenly hit by some meteors that send you flying down to a LEGO planet below. All of the planets are flat-surfaced with different characteristics and color schemes that define what they are. You start on a pirate world learning the basics of what your tools can do. You’ll help some folks out, build some stuff, gather gold bricks and leave for another place in the universe. The goal of the game is to become a Master Builder, which you can only do by collecting gold bricks and building up your personal status in the game. 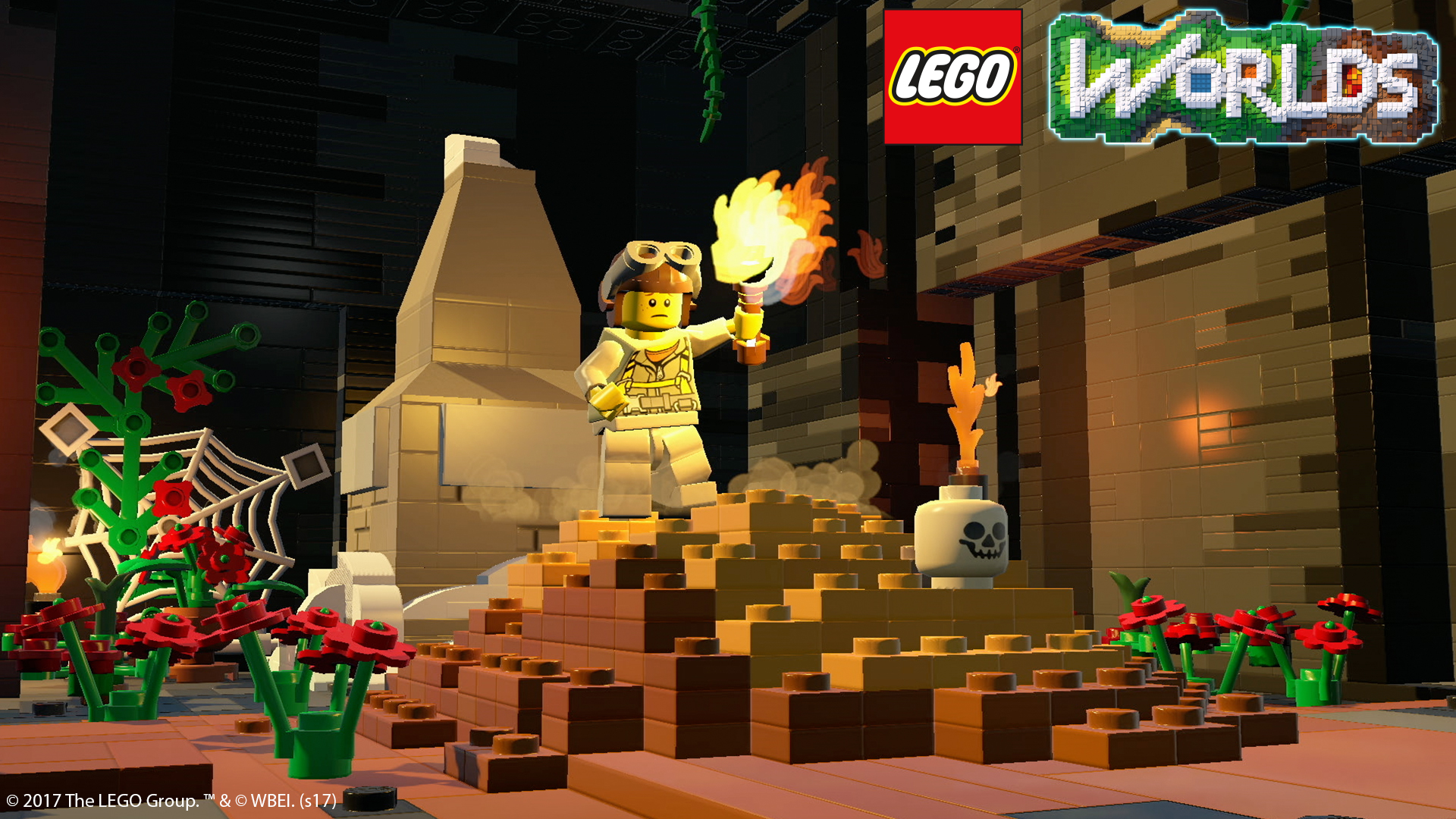 You’re given a set of seven different tools that have unique properties that aid you in the game. You can discover objects to build, copy designs, give them a new coat of paint, build brick-by-brick, and a couple other fun options that unlock as you discover new things to do. As you travel around you’ll quickly discover that not every challenge can be dealt with immediately. A good example of this would be coming up on the world with cowboys that include livestock who need to be fed. The horse is craving a carrot, but wouldn’t you know, there are none in sight. So you’ll need to travel to another world to discover carrots and bring one back to him. You’ll also see challenges situated in the water, which you can’t swim to, so you’ll need to find aquatic gear and make your way down later. 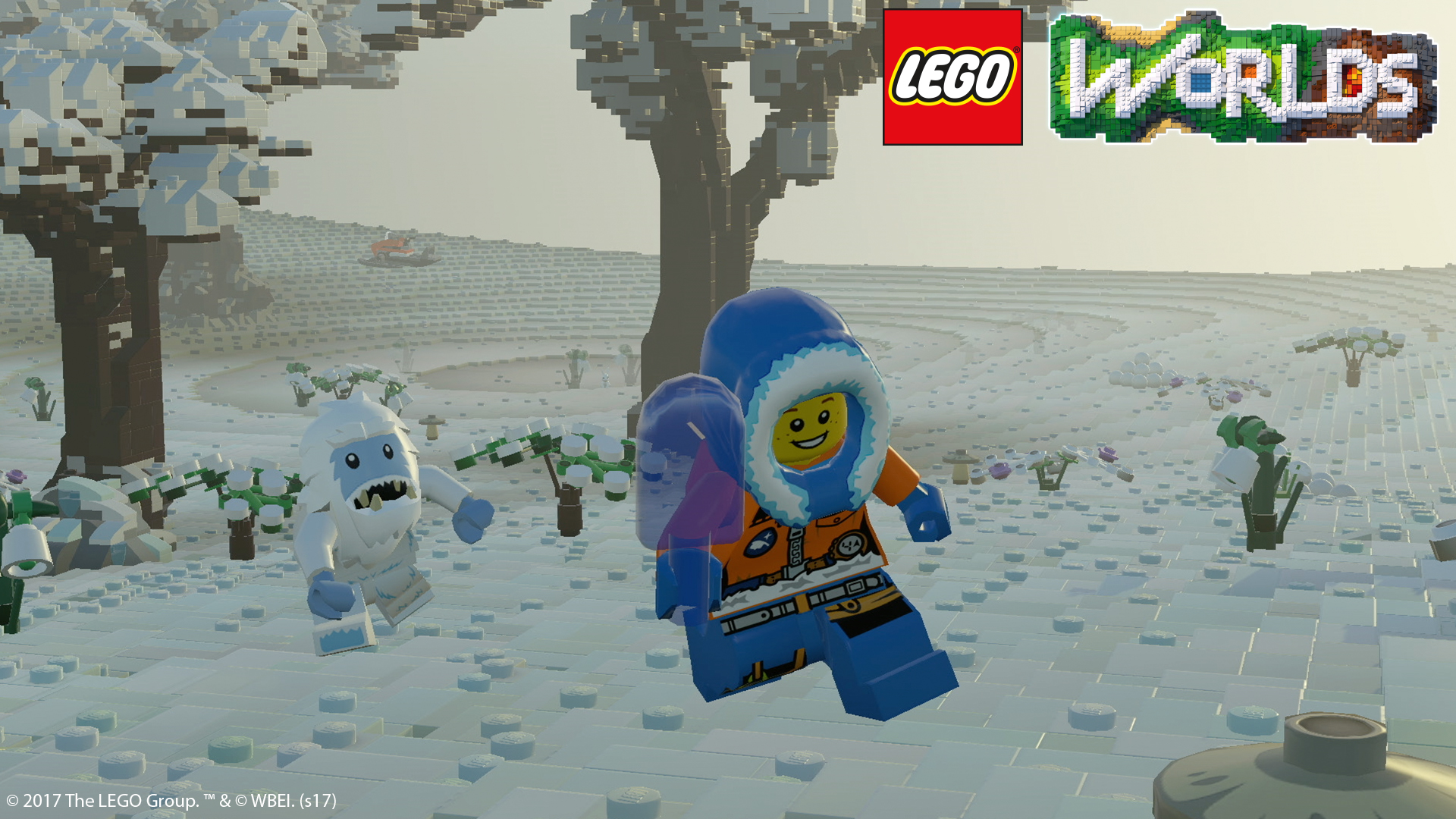 The biggest enemy you’ll encounter in the game is the camera. It takes a lot of work to get used to as it will seemingly do its own thing during large building phases like raising the land or copying homes. What’s more, your character will move around as you move your view, but you’ll never see where they end up until you finish. The angles are tricky to master and there’s definitely a learning curve as you move along in the game, but if you can master it then you’ll have little issue maneuvering around during bigger projects. Another enemy, this time real, are the little green goblin creatures who carry around special pieces. You need to catch these guys to have access to special blocks later for the creative side, but they’re a pain to find and even harder to catch. When you finally snag one, he drops a piece that becomes unlocked for builder mode.