Why Is Blizzard Remastering Starcraft?

StarCraft: Remastered will bring back the original games in 4K Ultra High Definition. It will also include a number of updates, such as remastered sound, new additional illustrations for the campaign missions, new matchmaking capabilities. As well as the ability to connect to the Blizzard App (formerly known as Battle.net), the ability to save to the cloud, and more.

Despite these promises it’s obvious that Starcraft: Remastered is gloriously authentic to the 1998 original, warts and all. It was the game’s release of the popular expansion Brood War that was largely responsible for the franchise’s popularity as an eSport. Its popularity was for reasons at the time is now unthinkable. It was the fact that Brood War made the game infuriatingly difficult. But this is exactly what made it so magical to so many.

The technical limitations of Starcraft‘s engine were legion. New workers wouldn’t rally to mineral patches, you were limited to selecting one building at a time, and could only control twelve units at once, meaning that managing any army of more than a dozen units was a serious undertaking. To get your forces, let alone your economy, to conform to your strategy was a minor miracle. In Starcraft, you fought the game as much as you fought your opponent (who, of course, was fighting the game themselves).

This is a good thing, especially in comparison to the frictionless sequel, 2010’s Starcraft 2. Thanks to infinite unit selection and functional control groups, directing an army in Starcraft 2 is much simpler. Consequently, to trained eyes, it’s a lot less impressive. One explanation for the decline of competitive Starcraft 2 in recent years is that watching two players control easily-managed armies just wasn’t as compelling. Compared towatching two Brood War pros force an unforgiving ruleset to carry out their wills. 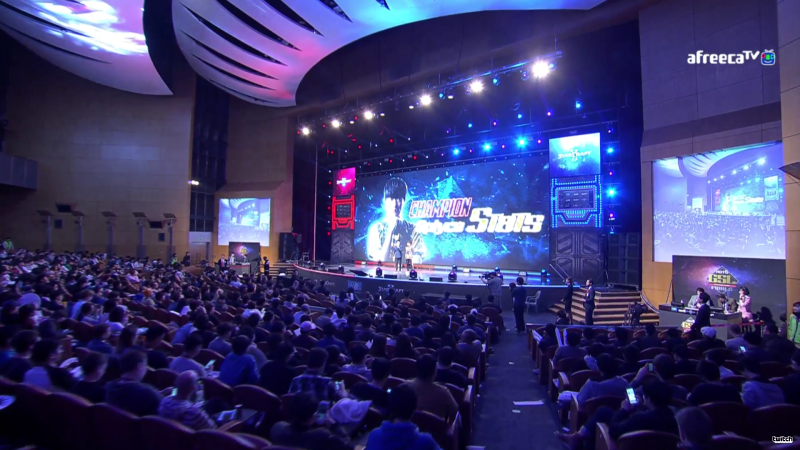 If not the game itself, then, what exactly is Remastered remastering? It’s not just about the money. Blizzard is likely up to something far subtler. The better, trickier answer has to do with eSports and its infrastructure. It was no coincidence that Blizzard announced Starcraft: Remastered in conjunction with the finals of the Global StarCraft 2 League.

There’s a special relationship between South Korea and Starcraft. When the Brood War expansion was released in late 1998, it unexpectedly swept through the PC bangs (a type of LAN gaming center – literally translated, it means “PC room”) of Seoul. Captivating players and quickly fostering a vibrant, and valuable, professional scene. 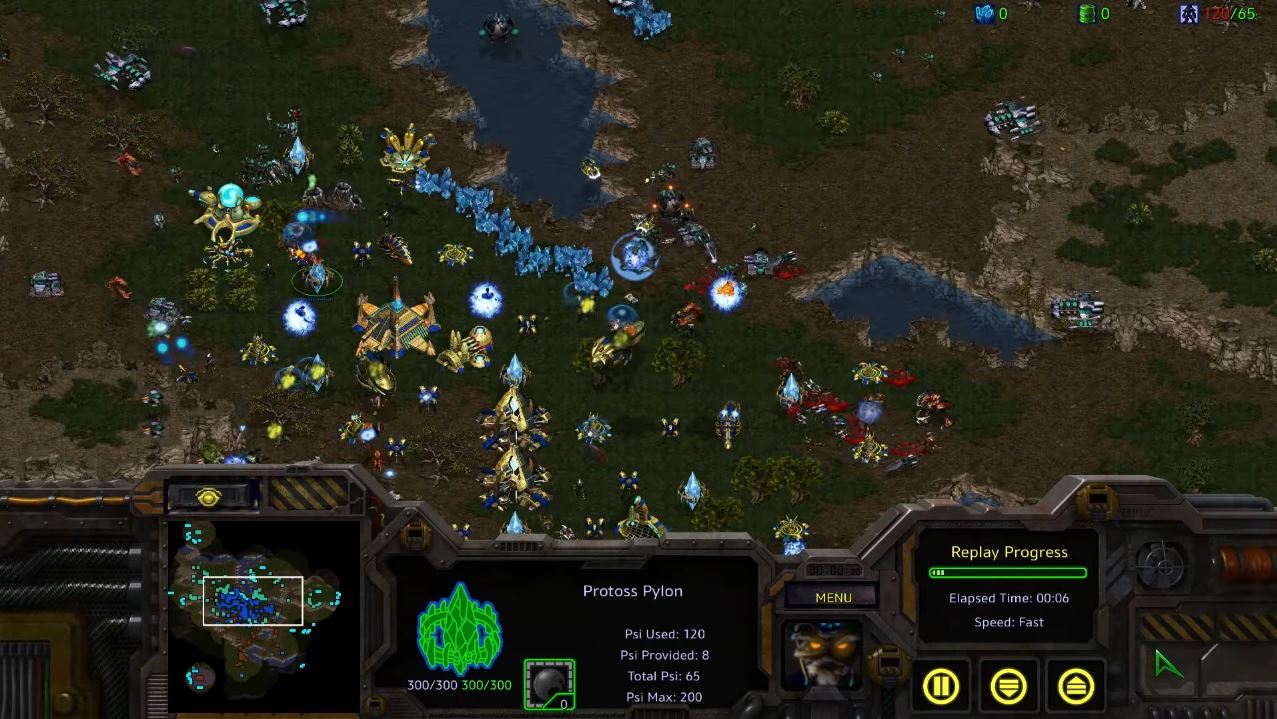 Recently Brood War made something of a resurgence in the PC bangs of South Korea. As professional and amateur interest in Starcraft 2 and its competitive scene dissipated, more and more players returned to playing Brood War. Many of Starcraft’s biggest names – Jaedong, Flash, Bisu – retired from their forgettable careers in Starcraft 2 and began playing the game that made them famous (and rich) once more. At first, they mostly streamed, but as viewership grew, a modest competitive circuit was reborn. By early 2015, on any given night in South Korea, you could find more people playing and watching Brood War – now 17 years-old – rather than Starcraft 2. 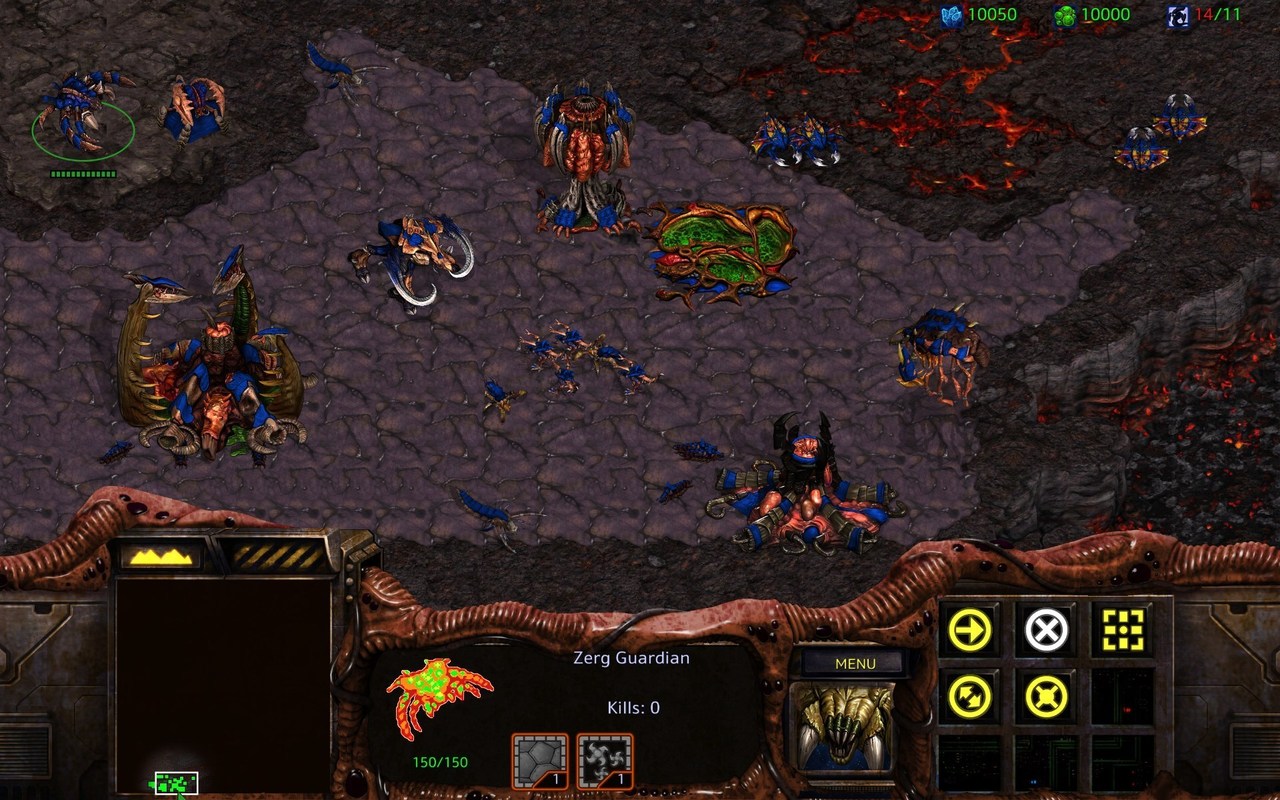 That Starcraft: Remastered, whose development began roughly 18 months ago, is being released now is not coincidence. Frankly, if Starcraft 2 had captured hearts the way that Brood War did, it’s unlikely that the long-rumored Remastered would have ever seen the light of day. The original Starcraft is fast approaching its 20th anniversary, and while the quirks of the late Nineties technology it’s built on do wonders for it as a competitive game, many of its other features haven’t aged as well. Finding a match in Brood War isn’t exactly hard, but it’s not as effortless as it is in Starcraft 2. Starcraft: Remastered will provide all the benefits of the modern system – including ladders, friends lists, cloud saves, and matchmaking.

This is good for players, of course, but it’s also good for Blizzard. With Brood War games being played on Blizzard‘s own servers, it’s much easier for Blizzard to regulate and benefit from the game’s competitive scene in ways they could not during Brood War‘s heyday in the mid 2000s. By enticing people to play on, it’s also far easier for Blizzard to resist software piracy (Starcraft is quite possibly the most pirated game in history), while also generating valuable data about play habits.

Most importantly, if Brood War‘s professional renaissance continues to blossom in South Korea and abroad, Blizzard will be well positioned to profit from it through licensing and revenue sharing. There is no guarantee that Brood War will return to the level of competition it saw in the mid to late 2000s when it was the greatest eSport on Earth. But if it does come even a little close, Blizzard will be better positioned to capitalize on it than ever before.