10 Things To Know Before Playing Legend of Zelda: Breath Of The Wild

Legend of Zelda: Breath of the Wild has dawned in all its wonderous glory. It’s the first open world Zelda game which is both exciting and daunting. There is an insane number of things to see and do and if you’re anything like me you’ve probably been sidetracked in the first few minutes. Here are some useful, rewarding and basic pointers to get you started in your quest to bring down Calamity Ganon.

Don’t Waste Too Much Time In The First Area

The first couple of hours (depending on how much you faff about) of Breath of the Wild. Are spent taking down some enemy camps and running your first few shrine trials. As well as acquiring your set of Sheika Slate rune abilities.

Outside of these three activities, there’s really nothing too important worth hanging around for. While it’s always good to forage, the real fun starts when you first glide from the cliff. So get to work and set your sights on the horizon. 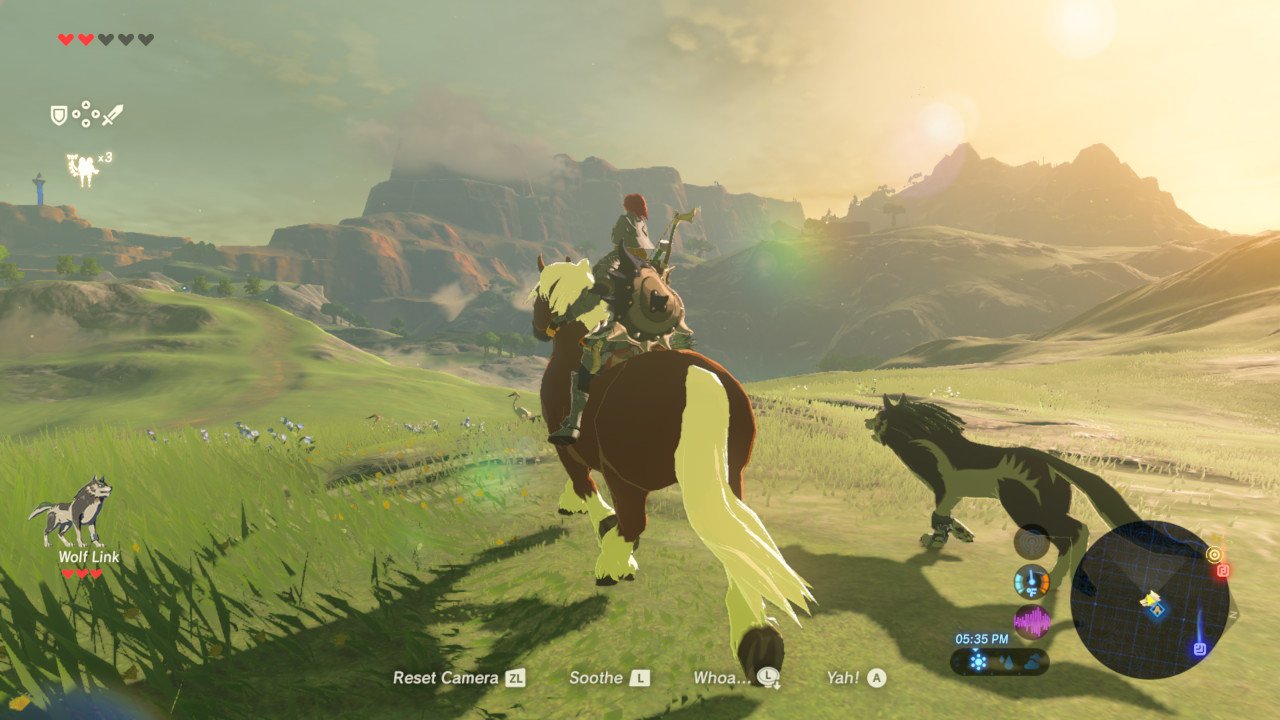 Keep An Eye Out For Anything Unusual

Around this new, expansive Hyrule, you will often find something out of shape. Things that look a little unfinished, or even a little too perfectly crafted. These little oddities are never just window dressing. They are almost always connected to Breath of the Wild‘s little buds, the Korok. Returning from Wind Waker, these adorable forest spirits are out for the Guinness World Record for the world’s biggest game of hide and seek.

The very first example of this is a perfect ring of lilies in a pond close to the game’s starting point (just after meeting the old man). Dive straight through the middle and the little Korok will reveal itself, offering you a valuable Korok seed for your troubles. Others might be a brick that’s come loose, an empty spirit offering or simply a single rock in an unlikely place. Whenever you see something amiss, suss it out. Korok seeds are eventually traded in for inventory expansions, which you can honestly never have enough of. 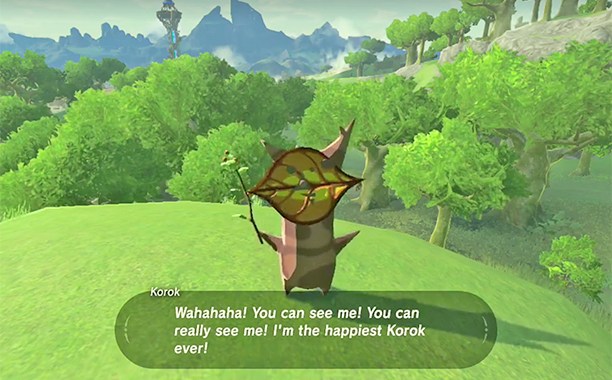 Take On Every Single Shrine

See a smouldering shrine in the distance? Pull out your Sheika Slate binoculars (press the right stick) and tag it with a marker. Honestly, the more shrines you cover the better. Each time a Shrine is activated with the Sheika Stone, a fast travel destination is unlocked. I don’t know if I’ve emphasised it enough yet, but Hyrule is massive. You will be thanking yourself later for the convenient fast travel routes if you just take the 5 minutes to conquer a shrine trial.

Shrines also offer up powerful weapons; sometimes armour and always spirit orbs. Spirit orbs are used to increase your maximum hearts and/or stamina bar and it takes 4 spirit orbs to upgrade either attribute each time so always be on the lookout.

Arrows are a scarce and valuable commodity when it comes to combat and I spent the first couple of hours firing them off like I had nothing to lose. I did have something to lose: Precious, oh so precious arrows.

Early on when you have all of three hearts, toe-to-toe combat is generally a bad idea. Flanking an enemy camp from a vantage point or nailing the perfect headshot are perfect for whittling down a crowd’s numbers or a bigger enemy’s health. Always keep a steady supply of arrows and a sturdy bow to fire them from. 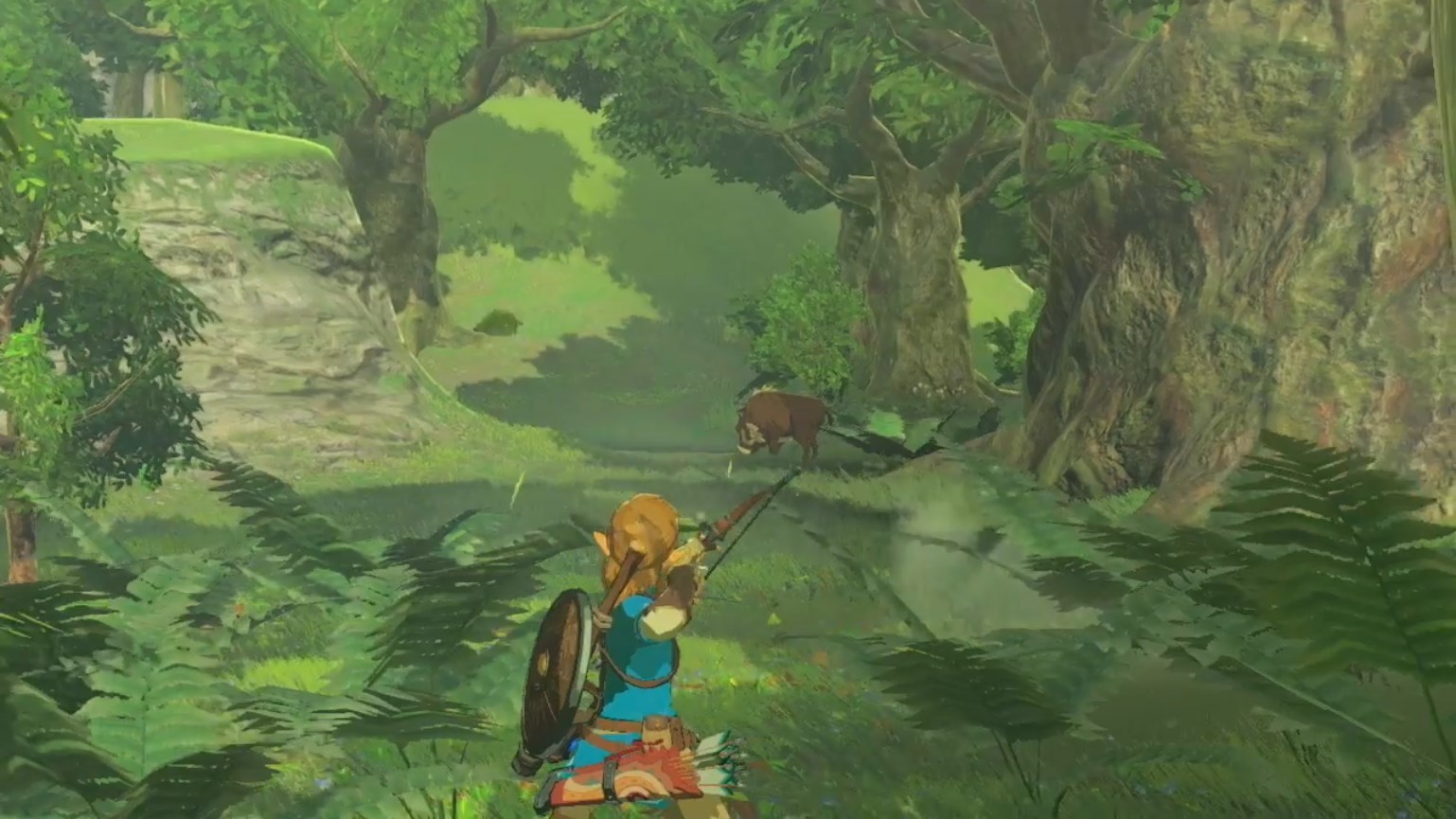 Seeing that shiny new Zora sword you’ve recently acquired break is shattering. It can also put you right out if you’re coming to blows with a much stronger enemy. It’s best to reserve your stronger weapons on a tough-as-nails Moblin or Lizalfos, rather than your bog-standard Bokoblins.

Be Courageous, Not Reckless

While it can be daunting coming up against your first Hinox in the wilds of Hyrule, it always pays off to stick out the battle. Behemoth characters like these will often take you down in one swipe early in the game, so the smartest option often feels like running.

There are a few things to consider when you go toe-to-toe with one of these beefcakes: They almost always have a weak spot (with the Hinox it’s their large cyclops eyeball) and you can always cheese it from a hard-to-reach vantage point. In most games, hiding in a sweet spot where you can attack without being hit almost feels like cheating but Breath of the Wild often encourages this kind of gameplay. It’s the “whatever works” attitude.

The boons from felling such an epic beast are, as expected, always plentiful so don’t be afraid to take one on if you’re saving for a new set of armour. That is unless you come across a Guardian (the spider-like mechs from the trailer) – they will almost always pummel you, at least until you have enough ancient materials saved to craft some anti-guardian weapons. 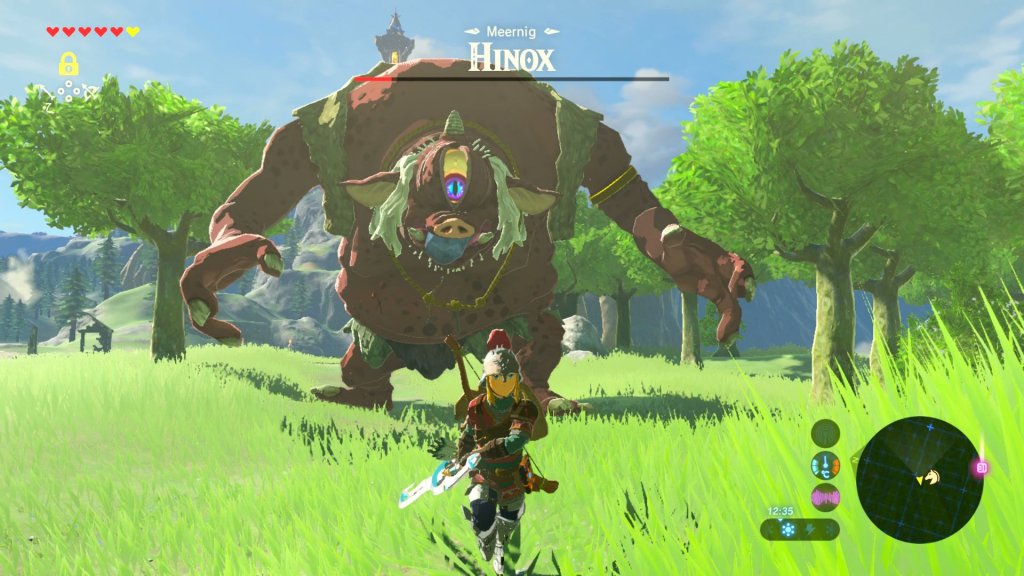 Like, absolutely everything. Until you hit the edge of the map (we’re not even sure what’s there yet), every peak and canyon is explorable in Breath of the Wild. Better yet, the payoff for scaling sheer cliffs, or diving off one, is almost always worth the hassle. Whether it’s a treasure chest, a hidden Korok, or some rare minerals. There’s rarely a clifftop of cavern that doesn’t have at least some kind of reward for you to reap.

This isn’t like Skyrim where you spend an hour scaling a mountain only to realise your only option was a designated path. Is your destination on the other side of the huge cliff face? Take the high road, my friend. You will almost certainly find something worth seeing up there.

There are two kinds of side quests in Breath of the Wild: The kind where you travel to a mountain top and free an ancient dragon spirit of its woes, rewarding you with a powerful new weapon and a place to pray; and the kind where you travel for miles to take down a gang of sheep-thieving marauders to be rewarded with a purple rupee.

It’s often hard to tell which side-quests are more important than others, to the point that I feel some side-quests should have been lumped in with the main quests. A good rule of thumb is considering whether you’re doing something epic and self-serving or just helping some creep catch noisy crickets for his love interest.

Early on, there is a whole lot of walking in Breath of the Wild. This isn’t made any easier by the fact that you start life with a minuscule stamina bar. However, it is made easier if you have a trusty steed. This is something I missed out on early in the game.

A button, but if you want more tips on taming there are two helpful little chaps who will show you the ropes at Duelling Peaks Stable. It’s also worth chatting to the stable owner from the outside (the orientation that you engage with someone can influence the conversation in many cases) and getting him to register your new mount. This will allow you to summon it at any other stable you find across Hyrule‘s many regions.

Although seemingly insignificant early in the adventure, elements are a huge part of Breath of the Wild. As you will come to find out during your adventure to one of the first four shrines, cold resistance is something that you actually require to make progress in some cases. Later on, there other resistances that you will need.

You should always be foraging but you should always be getting the most out of your resources by cooking up stat-boosting meals and elixirs before entering a dangerous area. There’s nothing worse than getting to the center of Death Mountains region, so close to your objective, only to run out of heat resistant meals and elixirs. Once you’re out, you health drains within moments and your only option is to fast travel back to a safe space. So stock up. 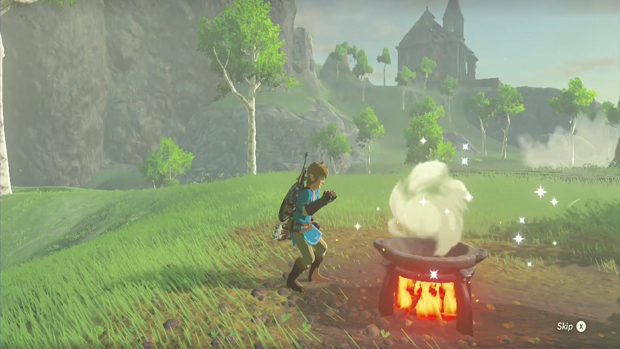 10 Upcoming Games To Wishlist If You Love ARK: Survival Evolved