Valve Turns Off Its Steam Greenlight

After years of saying they’d do it, Valve is finally getting rid of Steam Greenlight. Steam’s user-driven service for admitting smaller games to the Steam store. They’re replacing it with something called Steam Direct.

“We will ask new developers to complete a set of digital paperwork, personal or company verification, and tax documents similar to the process of applying for a bank account. Once set up, developers will pay a recoupable application fee for each new title they wish to distribute, which is intended to decrease the noise in the submission pipeline.”

So basically, no more courting users to get their precious upvotes. Games will instead be admitted directly onto the store. According to VentureBeat, Valve will do a quick check to make sure game files run and contain, well, games. But beyond that, anybody will be able to get onto Steam. It might sound like Valve is asking for an even bigger flood of shitty games than they’re currently dealing with, but they think the current Steam algorithm, bolstered by the two recent Discovery updates, is up to the task of separating the cream from the crap. 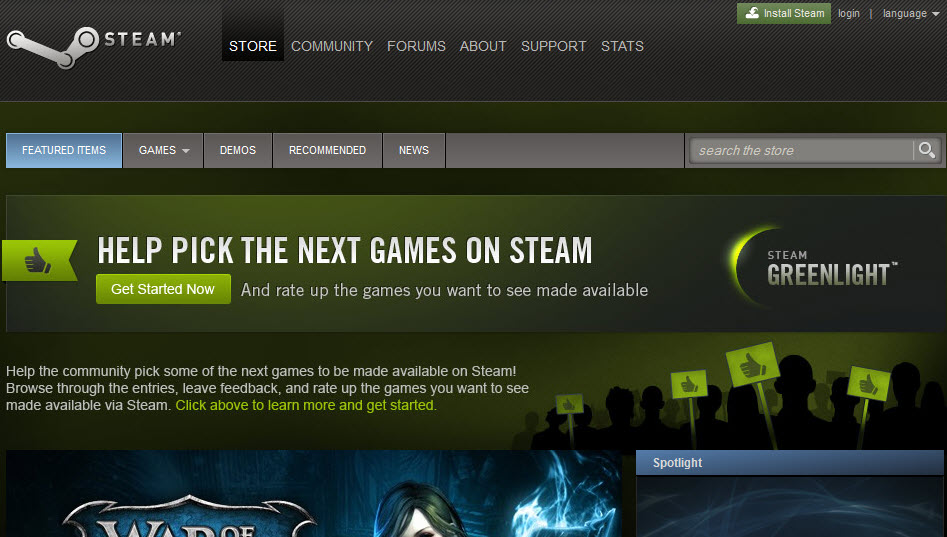 Valve added that while Greenlight helped lower the barrier to getting games on Steam, it revealed nasty rot in Steam’s core. “Greenlight also exposed two key problems we still needed to address: improving the entire pipeline for bringing new content to Steam and finding more ways to connect customers with the types of content they wanted,” said Valve.

Valve still isn’t sure how much they’ll charge for Steam Direct, noting that developers they’ve spoken to have advocated for fees as low as $100 to as high as $5,000. “There are pros and cons at either end of the spectrum,” wrote Valve, “so we’d like to gather more feedback before settling on a number.”