With a game tile only Kingdom Hearts could get away with, Kingdom Hearts 2.8: Final Chapter Prologue. Is the (hopefully) final game before the long-awaited release of the fabled Kingdom Hearts 3. The franchise has a long history of ‘re-mastering’ its games, adding additional content, cut-scenes and quests. To further flesh out the story and give it’s fan base a treat as they eagerly await the main titles in the franchise. This latest installment is no different.

Packaged in this yet-another-spin-off-denying-me-kingdom-hearts-3 is Kingdom Heart Dream Drop Distance HD, the re-master of the 3DS game. Kingdom Hearts Birth By Sleep 0.2 – A Fragmentary Passage, a sequel to the PSP title. And Kingdom Hearts χ Back Cover, a series of cinematic films related to the mobile and browser title. A collection of games (and films) relevant to the lore of the Kingdom Hearts universe will help set the foundation for the much-anticipated sequel. So basically a must-have for those who closely follow the intricate (and somewhat confusing) storyline.

Set after the events of Kingdom Hearts 2, this game follows Sora and Riku’s trials as they take their Mark of Mastery exam to earn the covenant title of Keyblade Master.

Throughout the course of the game, players will take control of Sora and Riku as they battle through parallel worlds. Whilst the player can freely switch between the two protagonists, a system called the Drop Timer will also force players to switch characters once the timer reaches zero. Already an odd and annoying system, the Drop Timer also forces players to restart their progress when they are forced to switch characters. This can be particularly frustrating during Boss fights as players will then have to start the battle all over again. Definitely, one of the more annoying game mechanics out there which seems to serve no real purpose to the gameplay. The Drop Timer has been, thankfully, extended in the HD remake (although getting rid of it altogether would probably have been better).

Although Goofy and Donald don’t join you on this adventure, players are able to recruit creatures known as Dream Eaters to aid them in battle. Dream Eaters are divided into two factions: Spirits which the player utilizes as allies, and Nightmares which serve as the main enemies in the game. Spirits are summoned by combining dream fragments which are dropped by battling Nightmares. The Spirits are then nurtured through EXP, interacting with your Dream Eaters or playing special mini-games.

On the 3DS Console version, interaction and mini-games with your Dream Eaters were done via the touch-screen function on the dual-screened handheld. Obviously, as there is only one screen for the PS4 version, the game was re-worked to function with the touchpad on the PS4 controllers and the mini-games were revised to accommodate for the single screen.

Besides the considerably better graphics, Dream Drop Distance HD is also the first game in the series to run at 60 fps. Both a notable achievement for the series and a glimpse of what future titles could be. The game also includes new Dream Eaters and a slightly re-worked command menu and user interface. All of which is meant to accommodate for a single screen and improve the gameplay experience over its predecessor. Whilst still retaining the charm that made the game what it is.

Not a particularly long game, A Fragmentary Passage serves not only to fill the gap between Birth by Sleep and Kingdom Hearts. But, in essence, is a teaser to what Kingdom Hearts 3 could be. Offering extremely fluid animations, drop dead gorgeous graphics and inspired gameplay mechanics, battles in A Fragmentary Passage felt fast-paced and engaging. Map exploration was also a rewarding experience not only for the challenges, treasure and beautifully rendered environments, but even movement and jumping mechanics felt fluid and forgiving for basic platforming action.

Besides playing through the main storyline, players are tasked with objectives. Which are more like challenges, that if completed, unlock a wardrobe item which allows players to customize their character. A first in the series and a feature which was highly requested by fans of the series. Besides giving the game some replayability for the chance to unlock all the costume items. The customization option is a great method to allow players to express themselves and show off the challenges they have achieved. So here’s hoping that they include this feature in the upcoming main title. 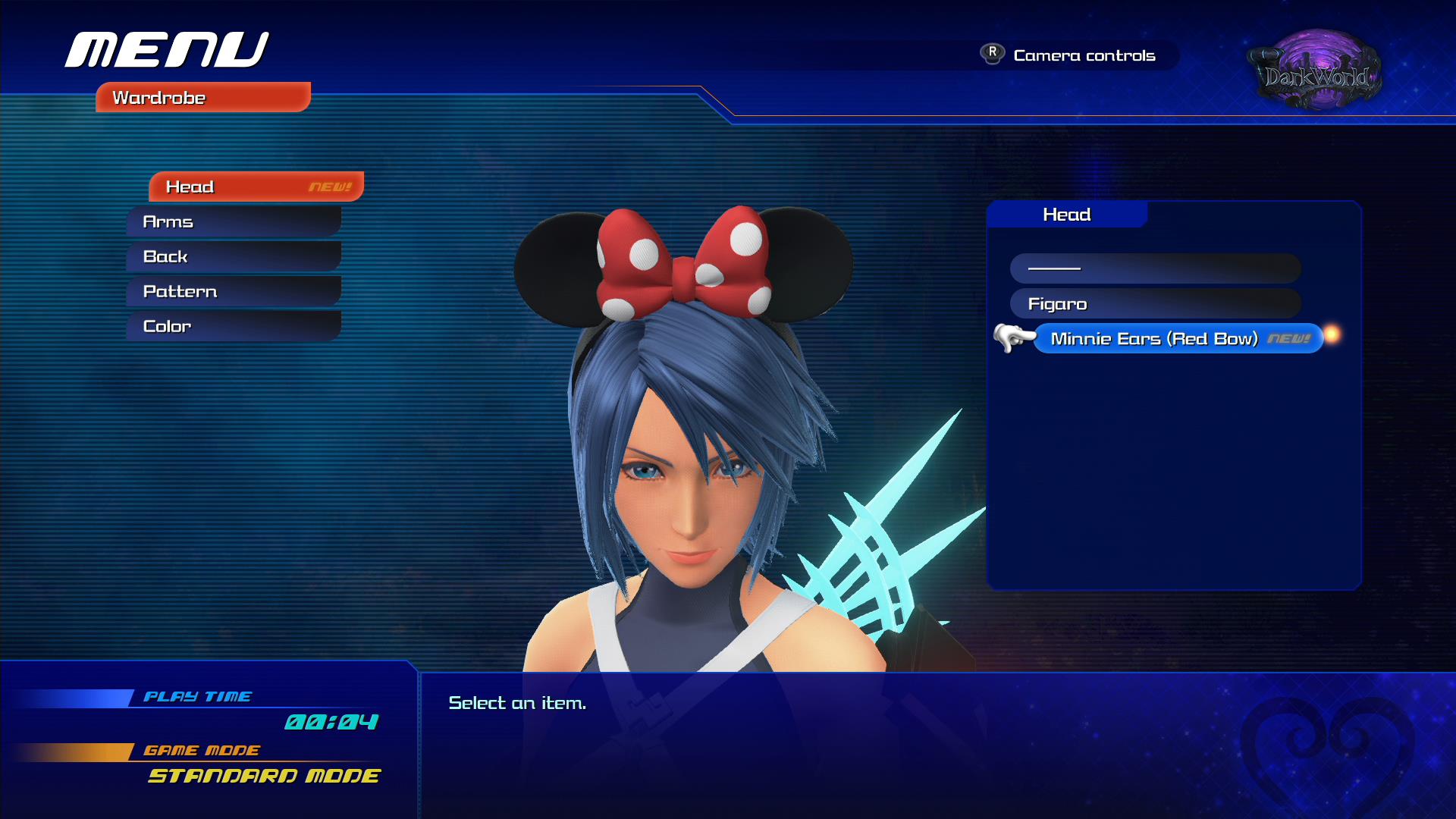 χ (pronounced ki) Back Cover, is a series of CGI films based off the web browser and mobile game, Kingdom Hearts χ. The films follow the story of the Foretellers, students of a Keyblade Master known as “the Master of Masters”.

The story takes place more than 100 years prior to the events of Kingdom Hearts and showcases the events leading up to the fabled Keyblade War. Approximately one hour of showtime, the series utilizes technology used to develop Kingdom Hearts 3. Giving us a glimpse into what the elusive title will be capable of, and it’s gorgeous.