The Winners Of The DICE Awards 2016

The DICE Awards recognizes the year’s best video games, outstanding individuals and groundbreaking development teams that have propelled the advancement of the entertainment software industry.

The winners of these awards are selected through careful voting by industry experts and Academy members and they vote on all facets of game craft such as art, design, engineering, performance and production. All Academy voting is done on secret online ballots that are monitored by eBallot. The first award was held in 1997 where Goldeneye won the coveted title of Game Of The Year.

This year, Blizzard and Naughty Dog made out quite well propelled by their MVPs, Overwatch and Uncharted 4: A Thief’s End respectively.

Here are the winners from each category:

Immersive Reality Game of the Year

Mobile Game of the Year

Handheld Game of the Year

Pokemon Sun and Moon by The Pokemon Company, Game Freak

Strategy/Simulation Game of the Year

Sports Game of the Year

Role-playing/Massive Multiplayer Game of the Year

Dark Souls 3 by From Software Inc.

Racing Game of the Year

Fighting Game of the Year

Family Game of the Year

Trico from The Last Guardian by JAPAN Studio

This year, DICE also took the opportunity to to induct Todd Howard of Bethesda Studios into the Hall Of Fame for his work on Elder Scrolls and Fallout. 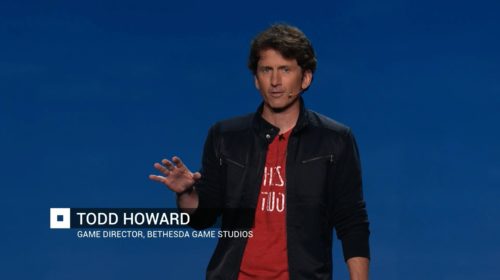 If you’ve got an hour and a half to kill and want to see the whole thing, check it out here.