Castlevania Coming To Netflix In Q4 2017

Belmont family fans rejoice as a Castlevania show is coming to Netflix in 2017!

“Castlevania Season 1, Part 1 Coming to Netflix in 2017” as quoted by a Netflix press release. And that’s it. There’s really no follow up information. But here’s what they have to say about it so far.

“Inspired by the classic video game series, Castlevania is a dark medieval fantasy following the last surviving member of the disgraced Belmont clan, trying to save Eastern Europe from extinction at the hand of Vlad Dracula Tepe himself. The animated series is from Frederator Studios, a Wow! Unlimited Media company, written by best-selling author and comic book icon Warren Ellis and executive produced by Warren Ellis, Kevin Kolde, Fred Seibert and Adi Shankar.”

Helmed by Adi Shankar who announced last year that he was producing a Castlevania TV show. Shanker is the man behind the super gritty Power Rangers short film that blew up on YouTube late last year.

Warren Ellis is one of the most well-known figures in the comic industry today, and has produced a mountain of amazing work over the years, so to see him attached to this is certainly something to get excited about. It’s a mini-series, and Netflix is listing Part I as four episodes so far, but it’s unclear how many parts there will be.

Castlevania is not exactly the most relevant video game series these days, but there’s certainly enough story and lore to build out something like this. But past this specific project, it gets me excited about the prospect of Netflix perhaps turning its eye toward other video game properties for potential series adaptations. Lord knows the blockbuster movie industry isn’t going to get it right any time soon, so maybe Netflix, who has done well with pretty much every genre on earth at one point or another, could extract some quality source material from a few well-known video game series.

If we are to follow his tweet below, then we are looking at a team up of Fred Siebert and Kevin Klonde who are behind the Cartoon Cartoon Show, The Fairly OddParents, and Adventure Time. This puts Shankar with a credible team that are capable of producing engaging shows that can captivate adult audiences.

Rumors follow that the story will focus on Castlevania III: Dracula’s Curse and not Symphony of the Night that we all kinda want since Alucard is such a BAMF. That being said, it’ll be cool to see Trevor Belmont whip the shit out of some baddies and we might still be able to see Alucard as he was a playable character in Castlevania III along with Sypha Belnades and Grant Dynasty. 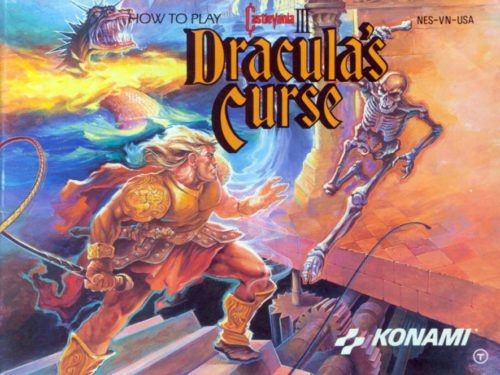 Shankar who spoke to Collider said that the goal of this is “to bring hard-hitting anime to America” and that this project will be heavily influenced by Akira and Ghost in the Shell, among other things. Shankar has also committed to keep the musical score within the heavy metal realm of early Castlevania games.

Gratuitous violence and heavy rock music featuring Trevor Belmont saving Europe from a demon invasion and all animated on Netflix? I’m down for that.