Splatoon 2 Is Coming To The Nintendo Switch

One of the big announcements during the live presentation for the Nintendo Switch was that a sequel to the 2015 smash hit Splatoon was on the way. There are no fancy names for this sequel, it’s simply called Splatoon 2 and it’s coming exclusively to the Nintendo Switch.

Over on the Nintendo YouTube channel an official trailer was posted up featuring a minute and a half of gameplay for the new third-person, multiplayer shooter. Which is due for release on the Nintendo Switch this upcoming summer.

The trailer starts by showing a very Japanese-oriented play arena. One of the many new stages featured in the Splatoon sequel. We see what looks like a civic center with a giant Octopus sign on top of one of the buildings.

The trailer doesn’t dwell long on the map layout, but instead it jumps right into the gameplay after showing the Inklings spawning into the map. We get to see some of the new outfits that players can deck the kids out in, as well as some of the new paint guns that will be at the disposal of players. 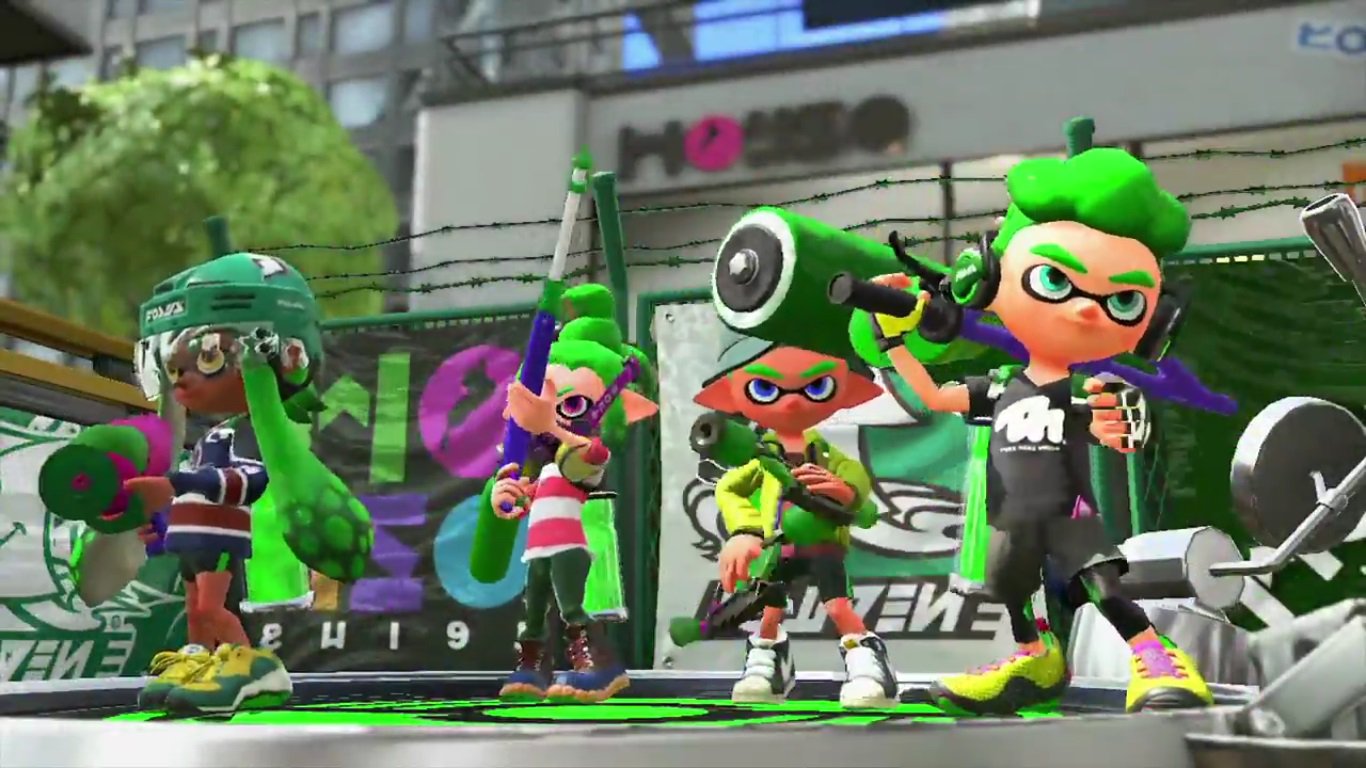 The trailer quickly gives us a look at some of the new accessories that can be attached to the Inklings. Including a paint mask with breather tubes. The image quite naturally spawned plenty of comments about the Bane meme and what would happen if the mask were removed.

The trailer does a fine job of teasing a lot of new content without overexposing it to viewers. About 20 seconds into the trailer we finally get to see the actual gameplay in action.It appears very similar to the original Splatoon. The mode where you have to paint the entire arena as much as possible to spread your team colors over your opponent makes a return. We see that the purple and green teams are duking it out where some players are using paint rollers to spread as much paint across the walls and ground as possible. 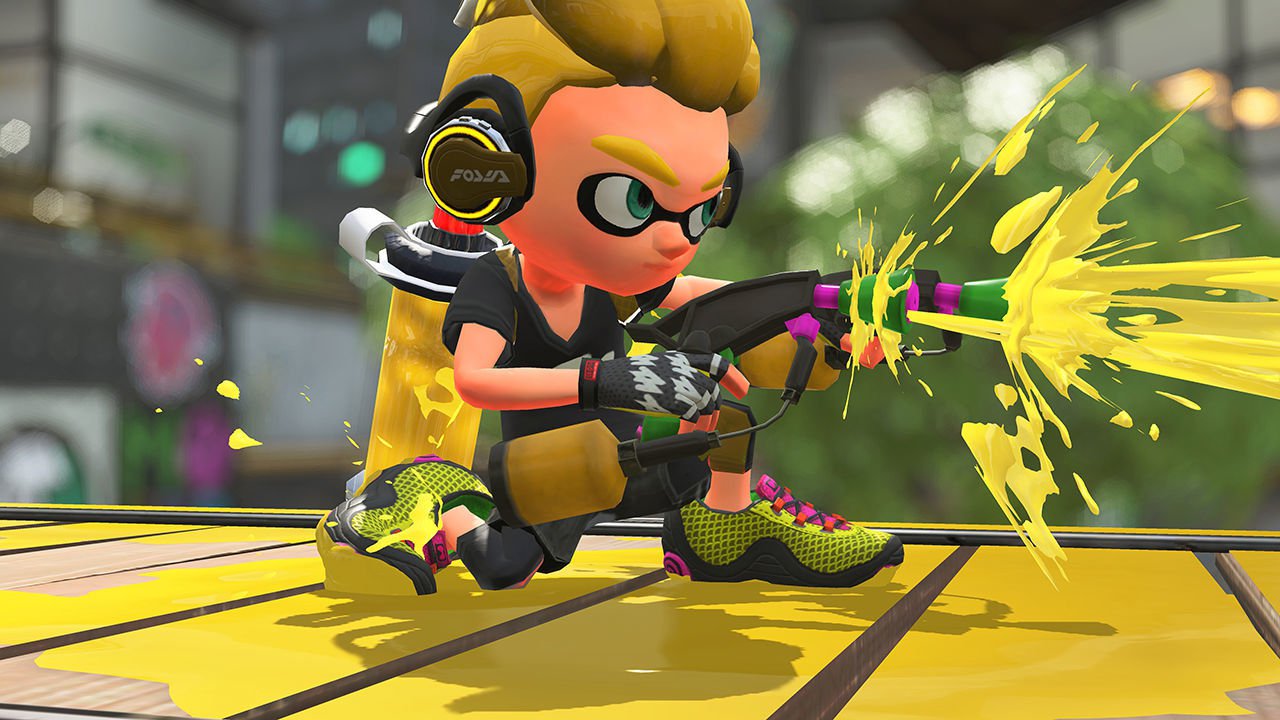 The new civic center map is one of the focal points of the trailer, along with a few other maps. One of the maps takes place inside of what looks like a family gym with wall-climbing panels around the edges. The gym map has a high ceiling and offers a lot of good sniping opportunities. They also briefly showcase a more contained and intimate skyscraper map, taking place across the paint-splattered rooftops. The interesting thing about the skyscraper map is that it focuses a lot on verticality, so sniping is a little more difficult than some other maps. 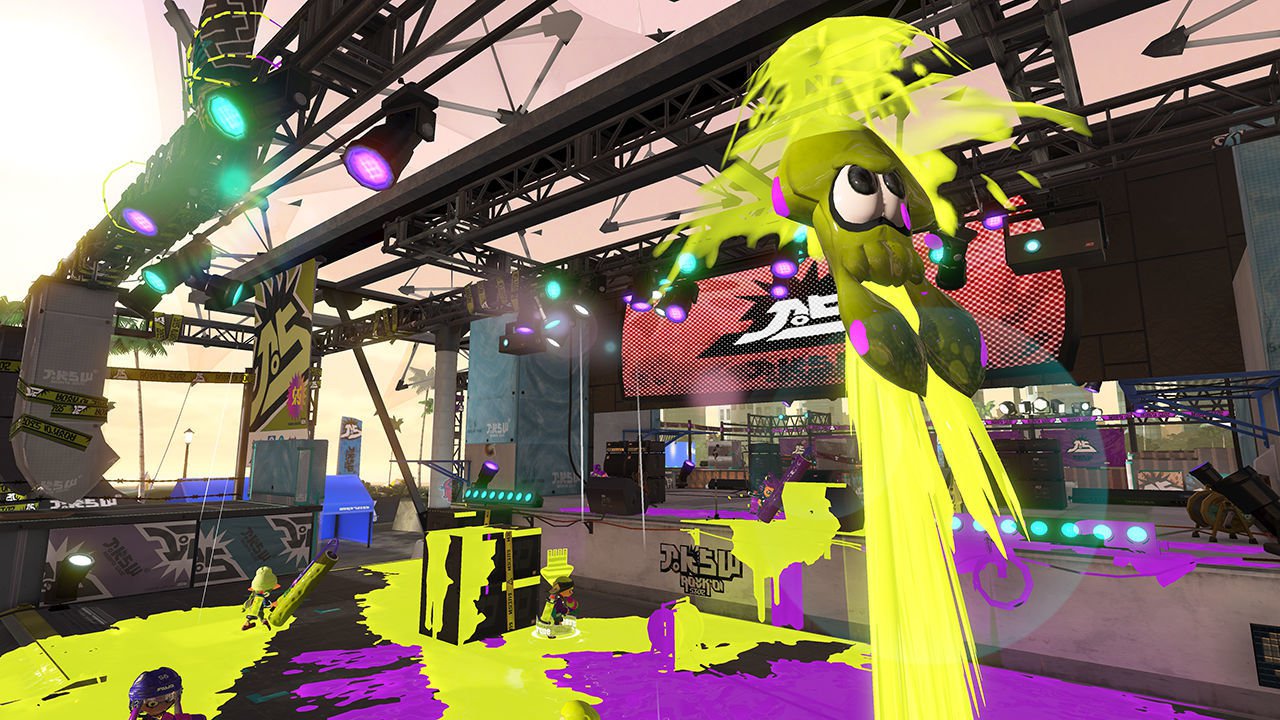 We also get to see other new features in Splatoon 2 on display as well. Including some of the new paint guns that have vary in density and distance. There’s a new paint rocket launcher, new dual-wielding paint guns, and new seeker paint missiles.

Splatoon’s sequel is targeting a summer release on the Nintendo Switch, so expect to see more details of the game surface throughout the spring.