A true gamer understands the need for multiple monitors. It’s one of the serious benefits to using a desktop computer. Because despite the developments in laptop technology for both daily use and gaming, users have always been limited to one measly monitor. There’s no way I can return to a single monitor, no matter how amazing the new Acer Predator 21X gaming laptop looks. But now with Razer’s Project Valerie looks like that won’t be an issue.

I don’t think I need to say anything about the value of having extra visual real estate. As Project Valerie, unveiled earlier at CES will be the world’s first laptop to incorporate three built-in monitors.

Each screen is 17.3 inches with 4K resolution. Unlike using a desktop, you don’t have to worry about organizing a bunch of cords. The wiring to give you that crisp, multi-screen laptop experience is all internal. And before you balk at how hard it must be to set the extra monitors in place. The two screens slide out from central chassis, under their own power, and position themselves. What a time to be alive. 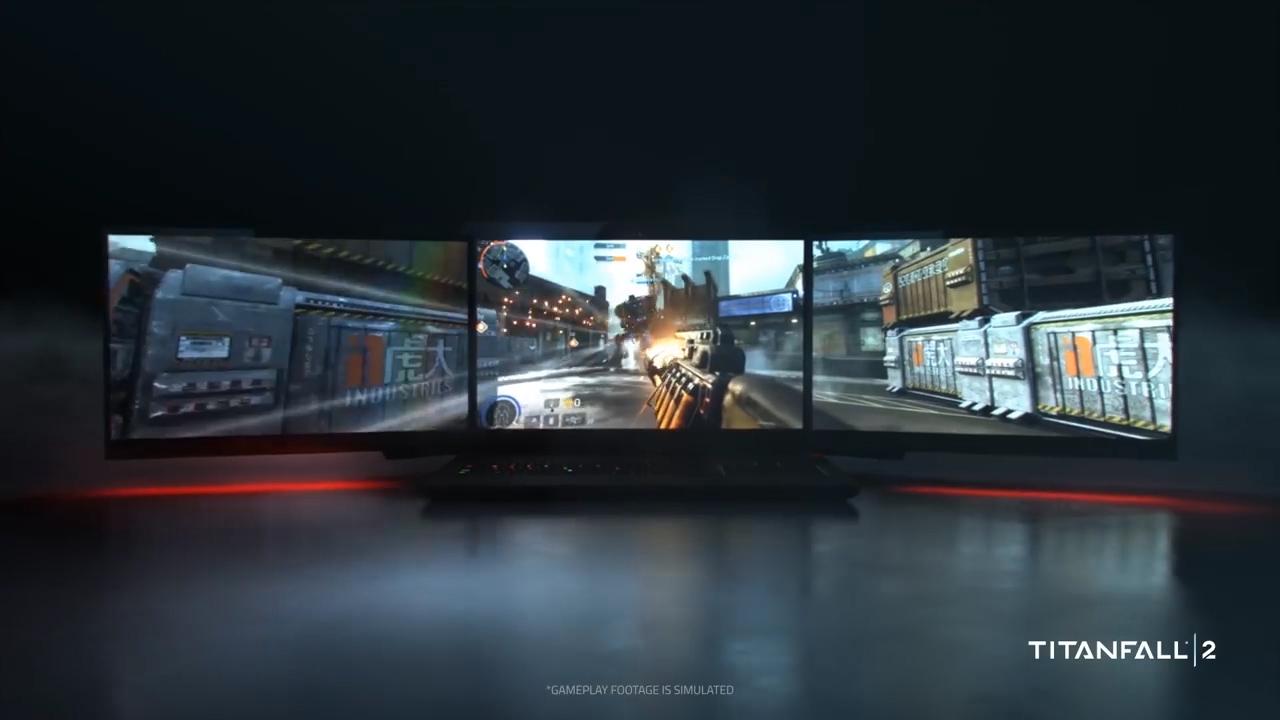 The computer is fully compliant with the HTC Vive and Oculus Rift. Despite all of the extras, the computer is just under 12 pounds and is 1.5 inches thick. So while it’s understandably a bit chunkier than most gaming laptops, it’s still light enough to be portable. Razer hasn’t released pricing or specs on CPU, GPU, or memory just yet, but it’s pretty exciting to see this new evolution in laptops.