Plot Spoilers For Legend of Zelda Breath of the Wild

Spoiler Spoiler Spoiler! Okay you’ve been sufficiently warned. It’s officially 45 days until the launch of the title I’m buying the Nintendo Switch for. The Legend of Zelda: Breath of the Wild. The upcoming video contains spoilers. But more amazingly the video is how these spoilers came about. Nintendo fans are the best and a group of dedicated ones managed to figure out the new game’s backstory thanks to a single frame of video. 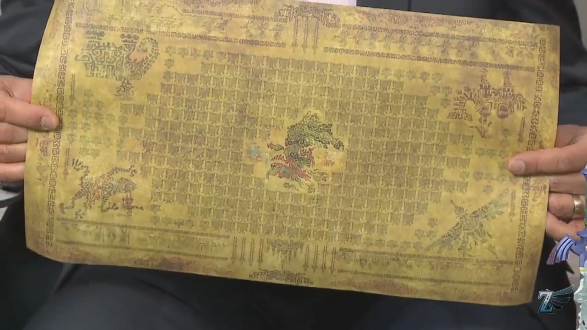 In one of Nintendo’s Switch-centric livestream events. The company showed off some special editions of Breath of the Wild, and how the Special and Master editions come with extras like a parchment map. The map was only shown on screen for a brief moment. But YouTuber Zeltik, noticing that the map contained text written in the franchise’s “Sheikah” language, took a screenshot. From there with the help of other fans, translated that text into Japanese, then translated the Japanese text into English.

So now, we have a much better idea about this game’s lore. If you ignored our spoiler warnings before, we’ll give you one last one… OK, you asked for it:

“Hylians pass stories of a destined time long past where multiple races lived and worked together in harmony. The Sheikah Tribe’s blue aura breathed through the land and this mutual prosperity continued until a cataclysmic disaster stuck. The Hero and the Princess attempted to seal the terror which became known as the Calamity Ganon. Divine beasts awoke from four directions and deployed a mechanical army which made the King and his people fearful. They fractured Ganon’s power and sealed him, but the Sheikah were banished from the land ever since.”

The Sheikah previously appeared in Ocarina of Time and Skyward Sword. But as the story says, their race has become extinct. The video goes into greater depth, and speculates about what this backstory could mean for the game.