Awesome Games Done Quick or AGDQ is back for another showcase of speedruns! For those of you not familiar with speedruns, it’s a competition where players try to complete a game as fast as possible. AGDQ is a long-standing bi-annual event where speedrunners gather together to perform on stream to support charity.

Should you be watching it? Well, it’s definitely not for everyone. And to be fair, the way some games are meant to be run can get pretty boring. If anything it’s worth a try and it supports charity! Here’s a beginner’s guide on how to get into AGDQ.

What comes to mind are the classic games we’ve all grown to love, such as Mario and Sonic. Watch the classic games first, because they’re popular among the community and have been run in the most optimised way. Meaning you’re going to get the best videos starting off.

Additionally, the explanation from some of the commentators/runners in the classic runs are generally targeted at newcomers. So you can expect that the explanation of the in-game situations to be done in the simplest of ways. Other than Mario and Sonic, the Mega Man series is one of the best entries to watch as well. Can’t decide which Mega Man game is your favourite? Not to worry the speedrunners usually cover the whole series, even the X-era ones. No shortage of entertainment here. As for my recommendation, Super Mario Sunshine and Super Mario Galaxy are great titles to start with because it’s both fun to watch as well as technical at the same time.

Start by watching a game that you’re already familiar with. Preferably one that you’ve beaten yourself. Because spoilers. Reasons being that you’ll already be familiar with the mechanics of the games already. Without having to spend time trying to figure out what’s going on. Most importantly you’ll be able to appreciate some of the more impressive tricks that the speedrunners often show off.

Catch Up On A Game You Haven’t Played

If you’re anything like me you’ve got a lot of games in the backlog. JRPGs that have been saved half way and now you have no idea how the controls work. Or games that people keep recommending but just haven’t gotten around to playing. Well, watching a speedrun is a good way to visit a game that you haven’t had a chance to finish. Or even play. Watching a speedrun can give you the lowdown of what you need to see in a very short amount of time.

If you want to be impressed by a speedrun right on the get go, watch ANY Super Metroid run. It’s practically the definition of what a speedrun is all about. Jam packed with difficult tricks and optimization throughout the entire run. The pacing of Super Metroid and any other Metroid game will keep you busy and entertained. Plus highlighting how well-design the entire game was, it’s games like Metroid that makes speedrunning a spectacle.

You Don’t Have To Watch It Live 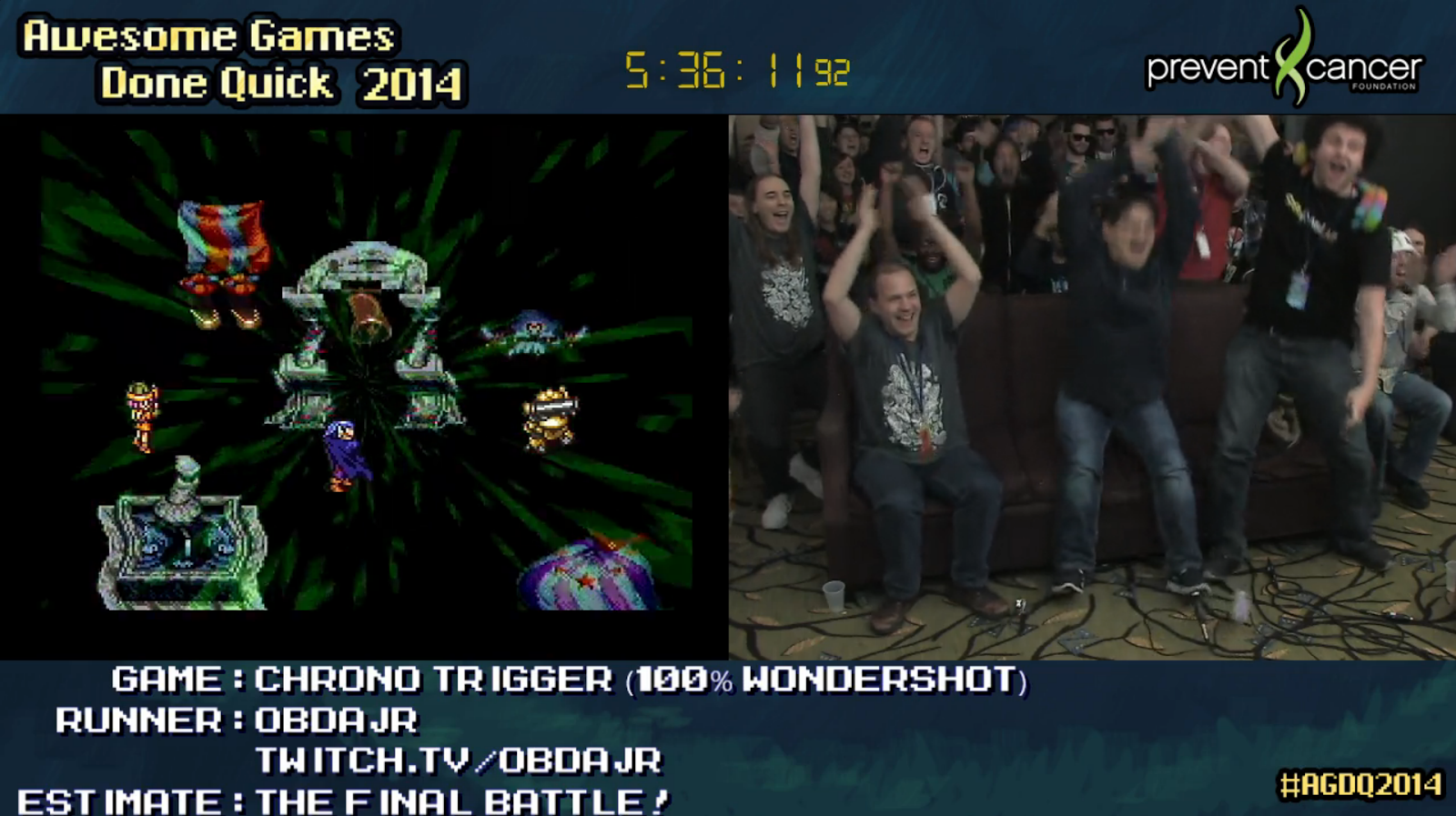 In fact, I don’t recommend new audiences to watch a speedrun live. Since there are a lot of impressive tricks that will be done before your eyes could catch up, missing moments like those is a bummer. With VODs or YouTube uploads, beginners can rewind the video as many times as they want trying to understand what happened on the screen. But if you want do feel free to tune in live to show them some support!

And finally, here are some jargons you need to know while watching a speedrun.

AGDQ is one of the most meaningful events to happen on Twitch. Last year’s one-week marathon generated approximately USD1.2million dollars last year. For a variety of NGOs such as Doctors Without Borders and the Prevent Cancer Foundation. The event has been getting bigger every year. Promoting the speedrun community in a positive way. Making it an impressive yet heart warming event.

AGDQ 2017 will run from the 8th of January to the 15th . While SGDQ (Summer Games Done Quick) will be happening during the middle of the year. Let’s hope that the bi-annual event will be able to raise even more money this year!  Show your support by checking out their official Twitch channel here.